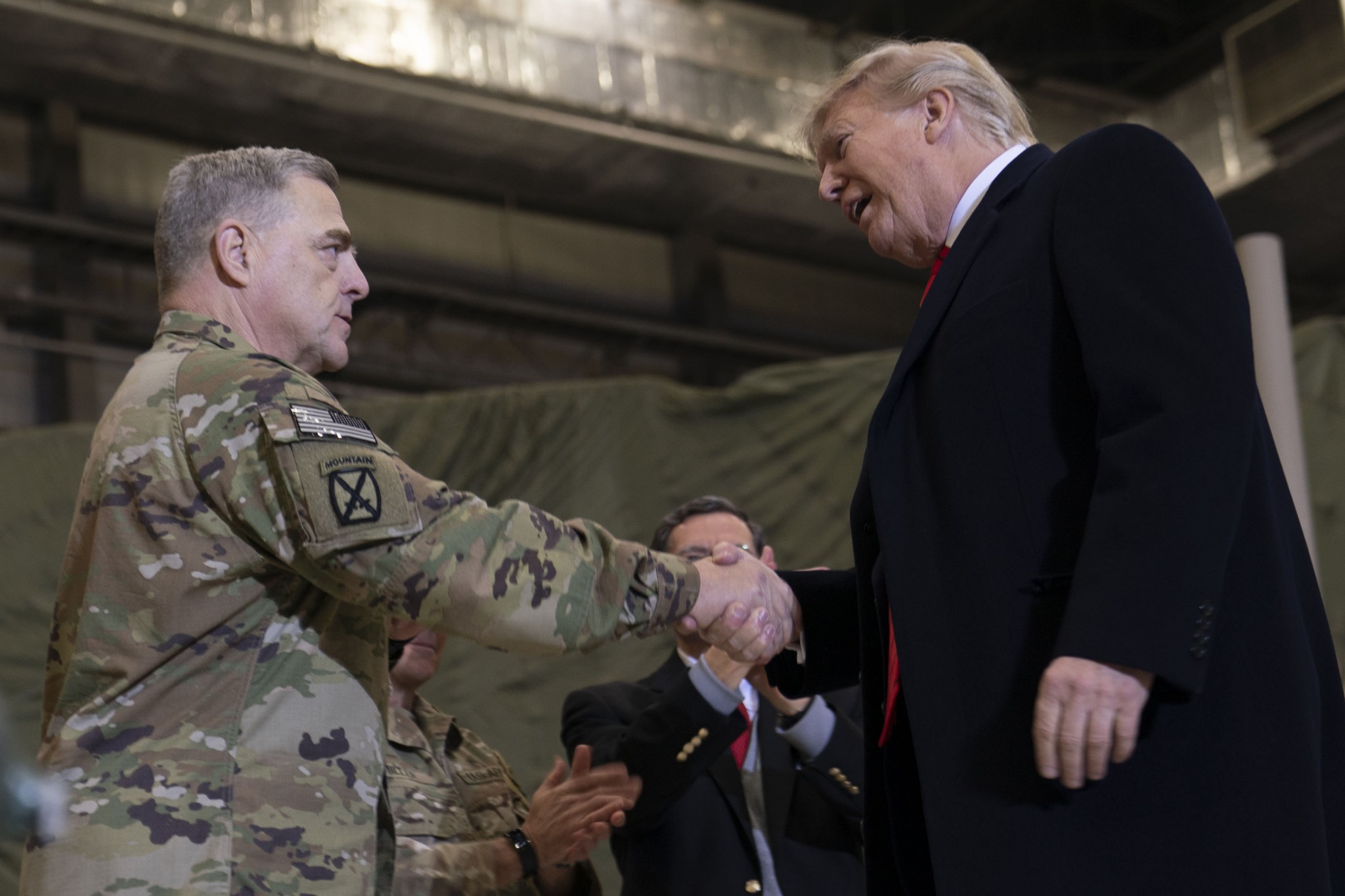 More Politics
Sign up to receive our latest updates!
Register
Hot Off
The Press
Car Guy
Electrification Is Based on Manufactured Necessity
by Eric Peters
Education Gone Wild
How Restorative Justice Endangers Students and Teachers
by Irit Tratt
Spectator A.M.
Democrats Can Get Away With Anything
by Daniel J. Flynn
Flynn Files
First Guns, Now Tanks, Then What?
by Daniel J. Flynn
A Further Perspective
Progressivism Versus Popular Sovereignty
by Josh Hammer

Josh Rogin’s book Chaos Under Heaven is a less than admiring look at the convoluted evolution of the Trump administration’s strategy for dealing with China. Rogin, who writes for the Washington Post, details the infighting among Trump advisers and blames President Trump for failing to implement a consistent policy towards China, except in the last year of his administration. Yet, in the end Rogin concludes that Trump eventually got it right by confronting China on trade, Taiwan, the South China Sea, human rights, and its obfuscation about the true source of the COVID-19 virus.

Rogin’s book is not history, but rather journalism’s “first take” on Trump’s China policy, and is based in part on interviews with Trump officials, many of whom are named in the book. This is not a Bob Woodward-style anonymous source marathon. It is, however, a Washington-insider book, filled with details about policy disputes and power competitions among Washington officials and bureaucrats. And Rogin, unlike Woodward in his many books about presidential administrations, plays no favorites. Just about every major Trump administration official who weighed in on China policy during four years receives Rogin’s unsparing observations and judgments.

Rogin divides the Trump team into superhawks (led by Steve Bannon, Peter Navarro, and Stephen Miller), hardliners (including Matt Pottinger, Mike Pompeo, John Bolton, and Robert O’Brien), accommodationists (led by Steve Mnuchin, Gary Cohn and Larry Kudlow), and a group he calls the “Axis of Adults” (Rex Tillerson, James Mattis, H.R. McMaster, and John Kelly). And then there were Trump family members — most prominently Jared Kushner — who Rogin believes had an outsized role in shaping policy despite their lack of qualifications.

President Trump himself, according to Rogin, was all over the map on China policy. Trump switched from confrontation to accommodation, and then back again, seemingly oblivious to the contradictions and policy implications. At times, it seemed the superhawks had Trump’s ear, but at other times, the accommodationists and Trump’s business friends (who had “business” with China) gained his favor. And Kushner brought Henry Kissinger — with long ties to China — briefly into Trump’s China policy circle.

Rogin also notes Trump’s tendency — shared by previous presidents — to personalize relations with foreign leaders. Trump would refer to China’s President Xi Jinping as “my good friend” and tweeted congratulations to Xi and the Chinese people on the 70th anniversary of the communists seizing power, seemingly unaware that for the Chinese people, it has been 70 years of repression under the totalitarian rule of a one-party state. And Trump wanted very much to achieve a trade deal with China, and this desire sometimes led the administration to downplay the international aggression and internal repression of the Chinese regime.

But when Rogin switches from Washington-insider journalist to geopolitical analyst, he recognizes the important strides the Trump administration made in awakening America and its allies to the existential threat posed by the Chinese Communist Party (CCP). This was in stark contrast to the Obama administration which failed to appreciate, in Rogin’s words, that “the Chinese government was becoming more externally aggressive, more internally repressive, and more totalitarian in its politics and economics, fusing state and business in a coordinated strategy not to join the world order that the United States and its partners had built after World War II but rather to undermine that system and replace it with one suited to China’s interests — and one that would protect the party’s survival and success above all.” Rogin accuses Obama of approaching China with “willful blindness to the changing reality,” emphasizing cooperation over competition, and “where most uncomfortable issues were swept under the rug.” Rogin suggests that the CCP in 2016 hoped that a President Hillary Clinton administration would continue the Obama approach.

After all of the fits and starts of the first three years, Trump “gave the green light for his national security team to take whatever policies to push back in China’s malign behavior they had sitting on the shelf and let them fly.” Trump imposed and maintained tariffs on Chinese goods. He beefed up America’s military capabilities in the Indo-Pacific region and strengthened alliances with India, Japan, and Australia. The Justice Department prioritized investigations and prosecutions of Chinese scientists who stole research from U.S. universities. Trump’s Commerce Department sanctioned Chinese companies for human rights abuses. The administration ended special trade benefits for Hong Kong after China’s brutal crackdown there. And the president and his top national security officials delivered what Rogin calls “a series of tough-on-China speeches” that emphasized “the urgent need to confront the Chinese government’s threats across the board,” including calling for China to be held responsible for the deadly COVID-19 virus that more and more evidence shows likely emerged from the Wuhan lab.

The hardliners and the superhawks of the Trump administration were right. They “ultimately succeeded,” Rogin concludes, “in moving the government closer to a competitive stance vis-a-vis China than any administration that had come before.” Trump’s greatest accomplishment, according to Rogin, was to shift “the conversation about China in a way that cannot be undone.” The Trump hardliners helped awaken the American people and the world, Rogin writes, “to the scope and scale of the China challenge.”