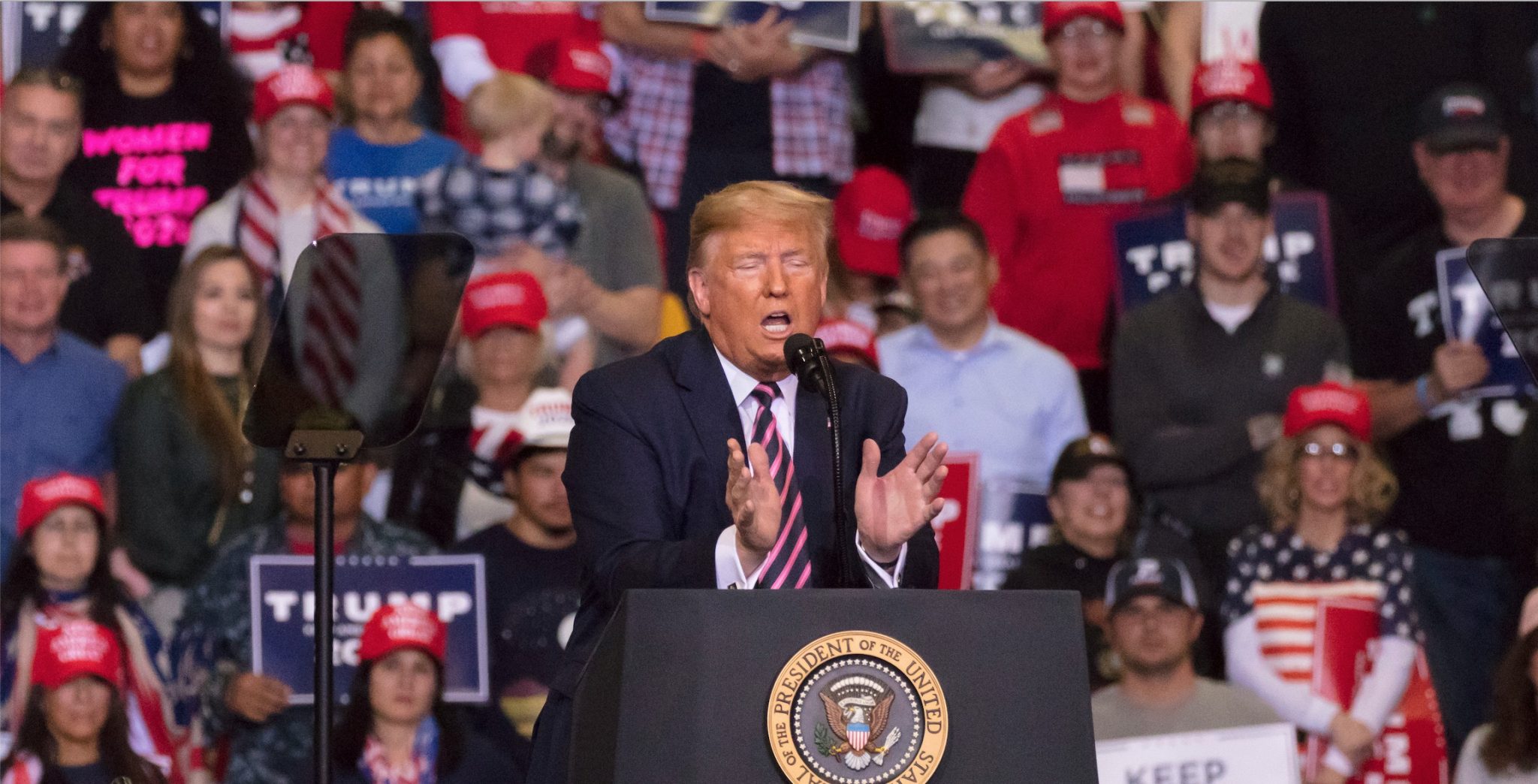 Now that we’re slaloming into the last quarter of an especially grumpy election year, it’s time to laminate my happy warrior membership card and write a “get off my lawn” manifesto. Rush Limbaugh is one inspiration for this resolve, and my friend Felix is another. Rush needs no introduction, and Felix parlayed youthful activism into a consulting career on two continents. Despite the differences in their respective philosophies, the big voice on the right and the little voice on the left make a persuasive duo. They prodded me into wondering what the Republican Party might look like after Donald Trump exits politics, either by dint of losing this fall or because the presidential term ending in 2024 will have brought him up to his sell-by date.

Anyone speculating makes a case for one of several possible futures, and to do that properly you must first define as many terms as you need to make sure you and your readers are looking at horses in the same corral. Let me say right off the bat that “Trumpism” is bunk, and pundits yammering about it have as much credibility as carnies who swear that anyone playing their ring-toss games can win a giant stuffed animal.

That said, people in what Rush calls the “drive-by media” find “Trumpism” exasperating and frightening. They admire smooth talkers and executives whose ties don’t extend past the tops of their belt buckles. They’re comfortably numb around presidents they consider deserving. But the election of 2016 torpedoed their assumptions about competence. Ever since that fateful November, they’ve done more wish-casting than talent show contestants, Hogwarts students, and the Centers for Disease Control.

If the collective anxiety of progressives didn’t fuel the broadcast news divisions of major networks, it would be pitiable rather than dangerous, because the malady they despise does not exist, even though the man it’s named for does. What I’m saying is that “Trumpism” is not an ideology or a virulent form of blind allegiance; it’s just a cheap shot meant to tar anyone who approves policies advanced by Donald J. Trump.

Bi-coastal scaredy-cats use that made-up word with contempt. “Trumpism” sounds like a disease because it’s been branded that way by the same experts in misdirection who fund the Lincoln Project and agonize about whether to concede that America started in 1619 rather than 1776. Pundits throw “Trumpism” around like nunchucks in a kung fu movie because they’re sure you have to abandon decency and sense before you can approve anything Trump does.

What the same pundits don’t mention is that cults of personality that degenerate into “-isms” appeal mostly to leftists. Remember high school history? “Stalinism” and “Hitlerism” were actual phenomena, but Churchill never had a comparable following. Zombie Che Guevara still sells t-shirts, yet Margaret Thatcher never will.

Donald Trump doesn’t seem to have a political philosophy he can actually articulate, but he’s an unashamed patriot who leads as a disruptive conservative, and so the majority of his supporters lean right rather than left. Having cut their teeth on the concepts of limited government and separation of powers, conservatives are less susceptible to cults of personality than newsroom producers who’ve been trying to change the world ever since they graduated from journalism school.

A left-leaning newspaper recently illustrated my point about “Trumpism” being a lazy way to frame honest disagreement so that “non-Trumpists” can congratulate themselves when they vote Democrat. An August 8 commentary in the U.S. edition of the Guardian warned that “Trumpism has taken over.” To support that alarming assertion, the British publication quoted columnists from the Wall Street Journal and burned a few pixels on Stuart Stevens, who was identified as one of the Republican party’s “most successful campaign strategists.”

The bar you have to clear for that accolade is not very high. Perhaps because it was busy practicing the kind of alchemy that misreads patriotism as “nativist demagoguery,” the Guardian did not mention that Stevens considers the Republican Party “pro-Putin,” or that he’d already told the New Yorker that “a lot of people were wrong about Trump in 2016, but it’s hard to find somebody more wrong than I was.”

Another data point not shared about Stevens was that he didn’t cover himself in glory as Mitt Romney’s top strategist. Romney never laid a glove on Barack Obama even when he should have. He was undone by snark about having “binders full of women” whom he could hire into an administration. Why the man behind Romney’s feckless presidential campaign should be trusted to diagnose “Trumpism” is anyone’s guess. Another grandee invited to weigh in on the same subject was Clinton operative Paul Begala, who’s never had a good word to say about anything remotely conservative.

Progressives want you to believe that Trumpism exists because Trump is a dictator whose “Make America Great Again” shtick is a racist dog whistle for “Let’s make this country a banana republic that caters to white people.” They hope that when Trump is no longer president, his malign influence will have left the Republican Party without competitive replacements. But many of the same progressives consider our First Lady “cold” just because she’s an introvert from Eastern Europe.

What leftists do not see is that smarter Republicans have already learned the value of disruptive conservatism. Reflexive opposition to Donald Trump makes clear that Democrats talk up bipartisanship just before trying to steal your lunch money. Meanwhile, Trump himself has shown that abortion on demand is no longer the proverbial “third rail” of American politics. You can be pro-life without sacrificing your political career. Caped Crusader, Web Slinger, or Man of Steel he is not, but Donald proves Roe v. Wade is bad law that deserves to be lumped with the Dred Scott decision.

How conservative the Republican platform will be when Trump is gone remains to be seen, but there is little reason to be morose. Mike Pence has been a solid vice president. Rep. Devin Nunes will not be bullied, and neither will Richard Grenell, who is blessedly free of legislative experience. If Ted Cruz and Josh Hawley don’t remain Senate stalwarts, they’ll be power brokers. Governors like Ron DeSantis and Kristi Noem are worth watching. Dan Crenshaw and Kelly Loeffler need more seasoning, and Nikki Haley hasn’t yet learned how to spend political capital appropriately, but all three of them already go toe-to-toe with socialists.

If Trumpism were an actual thing, then nobody on the foregoing list would be in conservative conversations. Brash and boastful though he is, Trump wants everybody free and prosperous. Anyone who says that America suffers from Trumpism has medicalized Trump’s surname to dignify his or her own surprise at conservative willingness to push back on a disastrous progressive agenda.