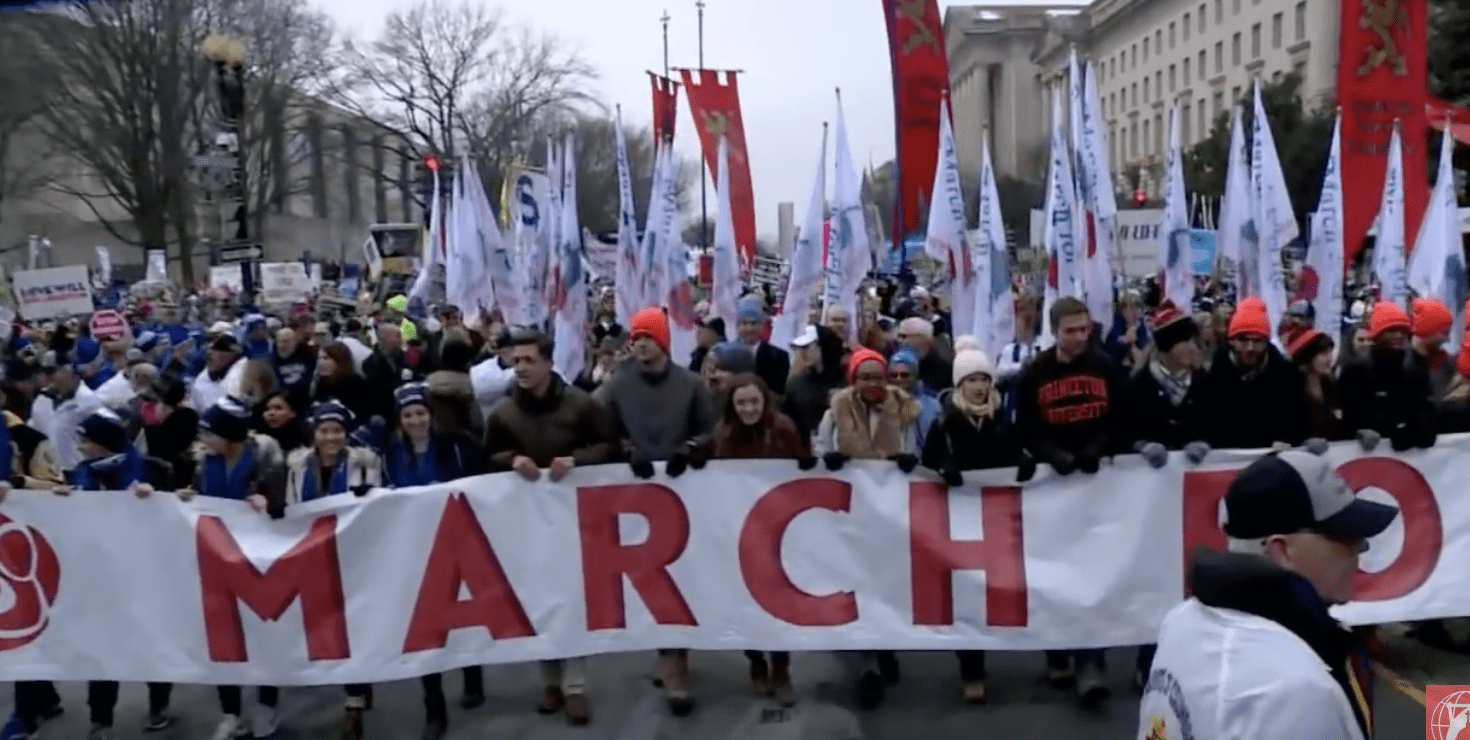 Donald Trump will speak at the 47th annual March for Life Friday, January 24, in Washington, D.C. He will be the first sitting president to do so.

On Tuesday, the president tweeted,

See you on Friday…Big Crowd!

The March for Life is a widely attended protest against the 1973 passage of Roe v. Wade, the Supreme Court decision that legalized abortion across the United States.

On Tuesday, Trump also declared January 22, the anniversary of Roe, National Sanctity of Human Life Day. “Our Nation proudly and strongly reaffirms our commitment to protect the precious gift of life at every stage, from conception to natural death,” Trump said.

In a likely preview of his remarks on Friday, he encouraged Americans to care for women with unexpected pregnancies, support foster care and adoption, and “listen to the sound of silence caused by a generation lost to us, and then to raise their voices for all affected by abortion, both seen and unseen.”

March for Life president Jeanne Mancini said in a statement that she is “excited for [Trump] to experience in person how passionate our marchers are about life and protecting the unborn.”

She mentioned the Trump administration’s record of supporting pro-life policies:

From the appointment of pro-life judges and federal workers, to cutting taxpayer funding for abortions here and abroad, to calling for an end to late-term abortions, President Trump and his Administration have been consistent champions for life and their support for the March for Life has been unwavering. We are grateful for all these pro-life accomplishments and look forward to gaining more victories for life in the future.

Last year, Vice President Mike Pence spoke at the march, and Donald Trump said in a live video address that he would veto any legislation that “weakens the protection of human life.” Despite a much-reported altercation between a group of high school students and a group of Native Americans, the march was peaceful and positive. Large numbers — many estimates exceeded 100,000 — of families, church groups, and others attended.

The theme this year is “Life Empowers: Pro-Life is Pro-Woman,” connecting the centennial of the 19th Amendment, which guaranteed women the right to vote, to the pro-life cause’s advocacy for the right to life for the unborn, their mothers, and their families.

The rally begins at 12 p.m. EST at 12th Street on the National Mall, with the march down Constitution Ave. to follow around 1 p.m.

Follow The American Spectator’s coverage from Evan Maguire, Hannah Rowan, and Nic Rowan on Twitter @amspectator and online at spectator.org.