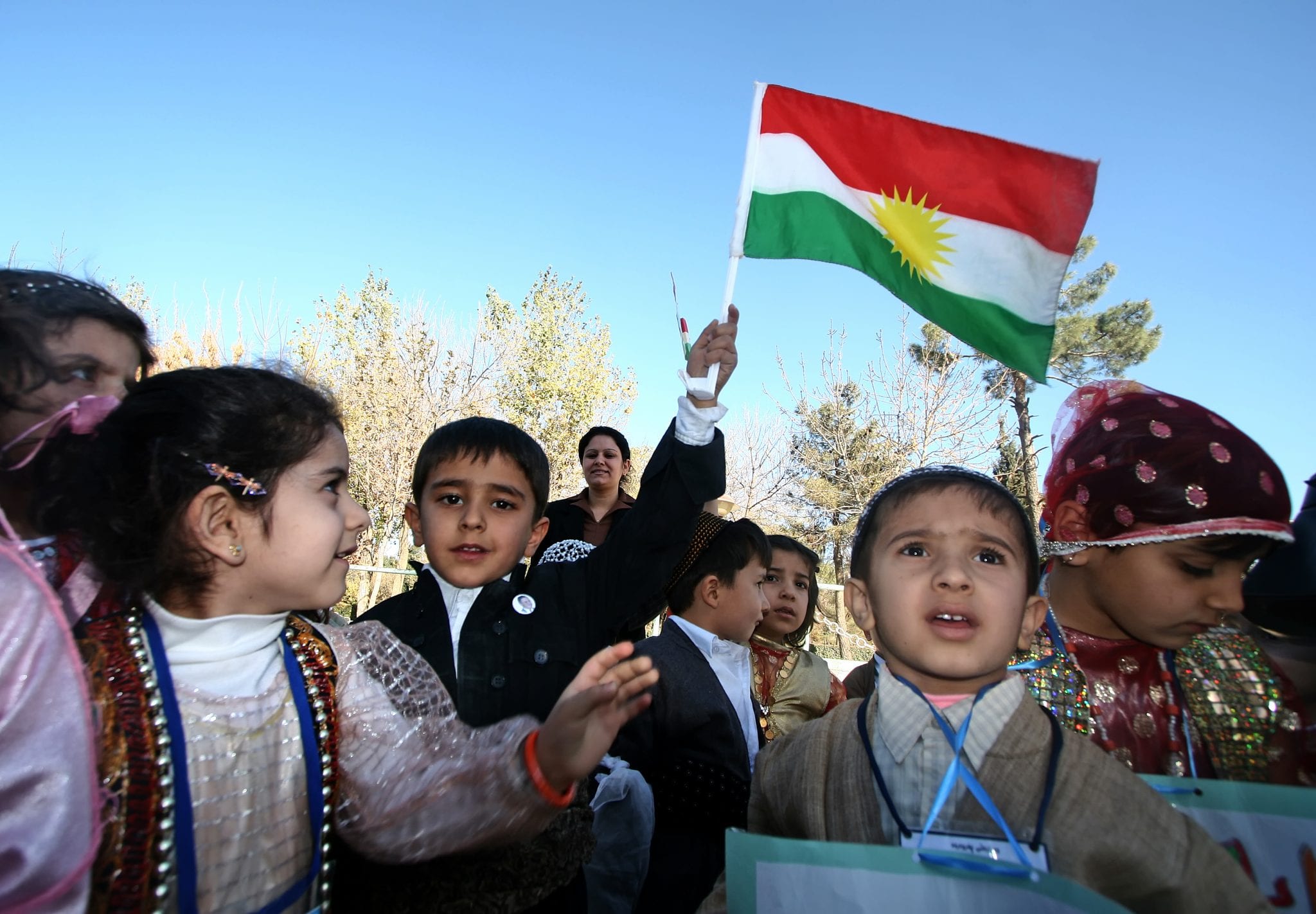 Politically speaking, President Donald Trump may be right about a troop withdrawal from Syria. After years of failure in the Middle East, he wants to cut our losses, and many of his voters would tend to agree that keeping even a small contingent in Syria to help the Kurdish people there who, with their fellow tribals next door in Iraq, have carved out an autonomous region that stands against Arabo-Persian-Islamic tyranny, is hopeless and pointless.

It is advisable to get the facts straight on just what the administration means to do in the viper’s nest of a neighborhood that is at issue here, as it tries to fit forces at war with one another into a configuration that protects our interests. These include, most certainly, our reputation for standing by our friends. Reports of yet another sacrifice of the Kurds may be, like those of Mark Twain’s funeral, premature.

Are they? Such prominent Republicans as Nikki Haley and Mitch McConnell — not the sort of people the prez should be crossing at a time when he may need them to fend off the irresponsible and mad campaign to remove him from office and wreck our constitutional order — are urging him to reconsider and maintain our diplomatic and military support for a free Kurdistan. They presumably are worried, unless the president has simply been keeping his options open on how to help the Kurds while dealing diplomatically with their historic enemies the Turks and has not explained his strategy to them.

They are worried because under the terms of the deal that President Trump evidently struck with Turkey’s President Erdoğan, the Kurdish freedom fighters will have to vacate a buffer zone between themselves and their mortal enemies. This will invite an ethnic cleansing operation, something the Turks have no qualms about doing, as anyone familiar with their political style in the Balkans or in Anatolia — specifically, the Armenians — knows. It could also lead to the release of Islamist terrorists, veterans of Al-Qaeda and ISIS, that the Kurds have been holding in the region. Perhaps Sen. McConnell should ask the president if he also intends to toss out the charges against the terrorists held at Guantanamo; that’ll give him something to think about.

At the moment, after the Bush-Obama years demonstrated that no American policy so far conceived and implemented seems to work in our favor in that benighted region, the Kurds are our only success story outside Israel. In Kurdistan, a brave and ancient people, like the Jews, are fighting for survival, like the Jews.

They are our only success story because unlike the others whom we have tried to befriend, they have not (a) regressed into barbarity after being liberated from a barbarous regime (the Sunni and Shia in Iraq); (b) repeatedly betrayed us and stabbed us in the back despite our making them rich fat and disgusting (the Saudi royal family); (c) fomented hatred against us and the entire Western world and its heritage, despite the fact that we tried to be nice when they overthrew Our Man in Tehran in 1979 and established a theocracy that makes the Spanish Inquisition look like the League of Women Voters (the Perso-Iranian mullahcracy).

Unlike all these and others like them, small bands of courageous survivors in a sea of Arabo-Islamic hatred, the Kurds have said only: Give us just enough help that we may fight for hearth and home and freedom.

And here we are opening the gates to their killers? Maybe the president, who keeps his own counsel when he is not spitting out his frustrations — not without provocation, mind — has a scheme. It better be a good one.

The autonomous Kurdish region in the post-Saddam Iraq and a small slice of northeast Syria is the only meaningful example of “nation-building” since Douglas MacArthur ruled over defeated Japan. You could mention South Korea, too, West Germany, maybe France — we gave them important nation-defining tastes, such as blue jeans, rock and roll, Jerry Lewis movies, burgers. But I am talking about hardcore nation-building, the kind that comes on the point of bayonets and is consolidated on the ground by warriors turned civics teachers, the selfless soldiers who went to the far frontiers to fight the “savage wars of peace” and win them.

It works, sometimes, because American soldiers bring something more than soldiering wherever they go: they are Americans. But it fails too often to be a viable war aim or foreign policy aim. Our aim should be the defeat of our enemies. I am told that (Retired) Gen. James Mattis said something to the effect that the enemies of American democracy should be beaten so badly they will never dream again of going against us. This was MacArthur’s view, in that war long ago that shaped the American foreign policies that we still live with — arguably because his view was rejected.

The Kurds, however — the Kurds are the one tribal, or national, group in the Middle East to have made intelligent use of our 21st-century military adventures.

The Bushites said that by fostering a democratic movement in Iraq, they would send a message of reform to the entire Arabo-Islamic world and it would redound to the benefit of all mankind. It was pure Wilsonian hubris.

The Obamaites said that by apologizing for American imperialism, they would send a kumbaya message of love and hugging that would transform serial child molesters, wife-beaters, tyrants, and thieves into peace-loving good neighbors. It was pure Carterite hubris.

The Nixon people let down the Kurds decades ago in the name of realpolitik. (As Jed Babbin helpfully reminds us, Woodrow Wilson, that great Democrat progressive, had pulled the same stunt in the post–World War I peace negotiations; Wilson, it must be said, never cared for distant tribes, any more than he cared for colored Americans.)

A small people yearning to be free and willing to die standing got in the way of a brilliantly conceived broad structure of peace in the region based on the Westphalian notions Henry Kissinger carried in his head — which just goes to show my grandmother was right when she used to say “Smart, smart, stupid” about eggheads in real life. And the Kurds, I can assure you, remember what the great secretary of state and the Democrat-controlled Congress did to the South Vietnamese in the name of peace, each blaming the other, of course, when it did not pan out.

The Carter people let down the Kurds just a few years after the ignoble retreat from Vietnam, and in the name of human rights; so go figure.

The Bush and Obama people made such a hash of every opportunity they had to fix things in that region that it is almost sadistic to ask them why they betrayed the Kurds. But if you see that the intellectuals of both administrations — the Paul Wolfowitzes and the Samantha Powers — failed the Kurds while sending American boys and girls to kill and be killed in the name of nation-building, democracy, and human rights, then you know why we had to try something else, namely a government led by a president who in his own eccentric way harks back to pre–World War I notions of American relations with the world.

We are the guardians only of our own freedom. We wish it unto others, but we cannot do it for them.

Fine. If you say so. The voters said okay. In the Kurd case, however, they are doing it for themselves. So the issue is: Why, once again, stab them in the back? In the name of an entente with the Turks? Are you kidding? The slavers who stormed the walls of Vienna?

So where is the political value of President Trump abandoning a small investment in Kurdish freedom, one that, mind, is comparatively safe for our side and our men and women in uniform. The Kurds are only asking for advice, high-tech intelligence, and weapons to hold off the Turk and Persian tyrants who would destroy the small patch of freedom and decency that they have carved out of the serial wars in the surrounding neighborhoods.

The guess must be the prez is looking to be able to say he was true to his pledge to stop endless failure in Middle East policy. Well, be practical about it: What if it costs him the support of such Republicans as Mitch McConnell and Nikki Haley? He needs their support in this moment when the forces of subversion that would destroy our constitutional order are in full hysterical fury.

If he thinks ditching the Kurds would win him points with his “Jacksonian” base, he is likely mistaken. The nationalist reflex is to avoid wars that do not concern us directly, yes. But the nationalist reflex, in American history, is also deeply generous. “You can all go to hell,” Davy Crockett said in his last speech as a congressman, “and I’ll go to Texas,” then a foreign country fighting for liberty against a sadistic Mexican tyrant.

And it is true the Texans fought their war, and won it, with only a few volunteers like the Tennessee alligator wrestler.

If it comes to that, maybe the Kurds can do the same. But it would be a sad blotch on the prez’s record, and at a time when he must demonstrate that he stands for what Americans stand for, while his opponents, in tearing him down, are tearing down America.