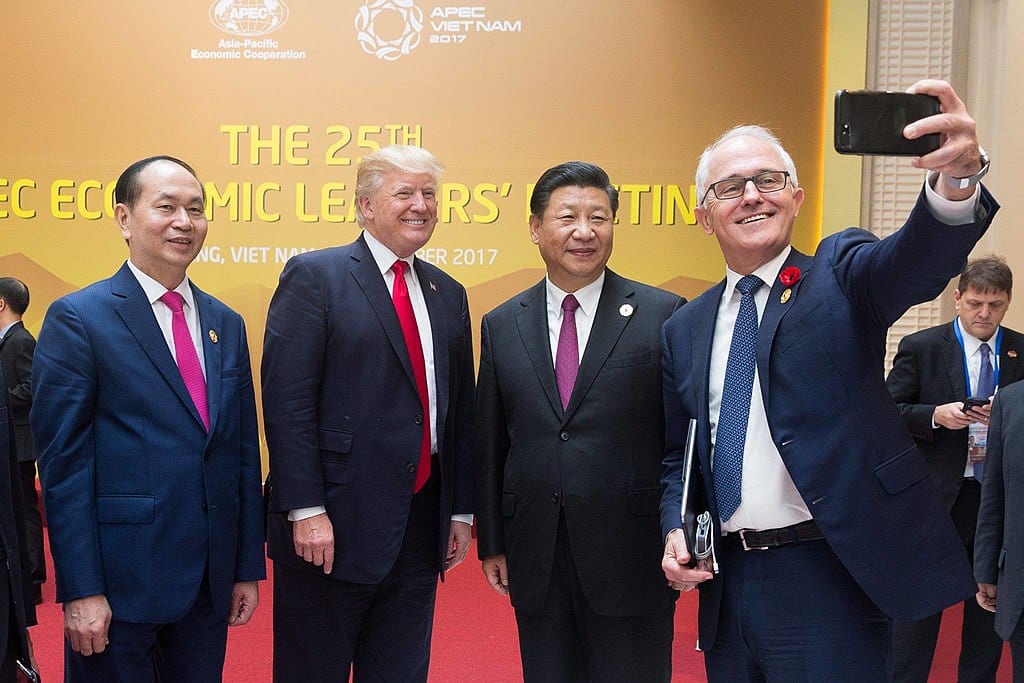 If someone stole $100 from your wallet every month for 15 years, what would you do when you caught him? You would not say, “Stop stealing.” You would call the police and demand repayment.

President Donald J. Trump should tell Chinese President Xi Jinping at this week’s G-20 summit in Buenos Aires: America needs to be repaid for everything that the Chinese government has robbed from us over the past two decades. Demanding nothing less would be a travesty. This means China will owe America a few trillion dollars.

My 31 years of living and working in China have taught me this: The average Chinese citizen has zero remorse about ripping off America. “The government permitted access to all American music and movies because, as China developed, there were so many people working really hard,” one man in Shanghai told me last year. “Some Chinese workers worked such long hours and slept in the factory. Listening to music and watching movies gave them a small measure of needed joy.” Rather than guilt, the typical Chinese attitude about IP theft is entitlement.

More revolting: the government and Chinese people are not the least bit ashamed about their theft. Chinese kleptocrats still broadly support the sale of fake goods. Earlier this year, I visited Nanjing Road and an underground shopping district across from the Shanghai Science and Technology Museum. Highly conspicuous vendors in these districts approach pedestrians with pictures of fake goods for sale just steps away. Officials look the other way, and likely get paid to do so.

As Danielle Paquette explained in the September 19 Washington Post, the theft of U.S. IP also is rampant in Beijing: “Knockoffs of famous brands — Coach, Kate Spade, and others — are mostly made in China and arrive at U.S. shores through clandestine channels built to dodge authorities.”

Official arguments that it’s hard to control such activity are simply silly. If I know where to buy phony goods, then Chinese law enforcement certainly does, too. And, when the leadership decides to outlaw something, it happens swiftly. When Shanghai’s rulers decided to forbid fireworks in 2016, for example, they deployed roughly 300,000 people to the streets to find offenders. A few of the volunteers explained this to me when I inquired about their presence. When China wants something done, it happens.

New Balance recently sued Chinese companies for infringing on their sporting goods copyrights and patents. And New Balance won. Things will change. Why? Because it suits China. Their companies now want to protect their own IP from the rest of the world.

The 2017 Report to Congress on China’s WTO Compliance thoroughly details China’s economic corruption. Its leaders joined the World Trade Organization in 2001. Since then, they have lied and deceived, again and again. This document confirms how America has tried, and failed, to work with China on these matters, via the WTO.

All reasonable U.S. efforts, which began in 2003, have flopped. China continually has robbed American companies and unambiguously trashed any thought of complying with its relevant commitments.

Since the report to Congress, the Chinese government has ramped up its use of commercial spies. As Del Quentin Wilber recently observed in the Los Angeles Times, “The Justice Department alleges a Chinese-backed company obtained secret technology behind Micron’s DRAM chips.” This heist cost Micron some $8.75 billion. China’s high-tech theft stretches “from jet engines to genetically modified rice.”

This insightful report to Congress contains a very naïve statement: “Going forward, the United States will continue to hold China strictly accountable for adherence to its WTO obligations.” How? Through tariffs? Alone, they won’t work. Through the WTO? No. The WTO is not constituted to contend with a country that is a fraud and almost never does what it says. This sounds harsh, but it’s true.

Knowing these facts, how should America proceed?

China is like an attractive wife who repeatedly cheats on you (the United States). With a sincere smile she says, “I love you, and we are meant to be together. I’ll stop.” But, she doesn’t. She cheats away, even though you keep catching her. Then, one day, you finally come to your senses and file for divorce. Then what happens? She gets half of your assets plus a portion of your future earnings. In hindsight, China’s signatures on its WTO agreements resembles the signatures on this troubled couple’s marriage certificate.

Dealing with China requires the ruthless application of common sense, logic, and demands for fair play. President Trump is doing a great job with the Middle Kingdom. Having worked and lived in China since 1987, however, I firmly believe he needs to raise the bar — dramatically. China stole from us. They pay now!

China’s U.S. Treasury holdings stand at about $1.2 trillion. Treasuries are safe because they are backed by the “full faith and credit of the United States,” as that soothing promise states. But the People’s Republic of China has stolen from the United States of America. President Trump immediately should make all Treasury bonds sold to China null and void.

Yes, this is a drastic step. But, China’s refusal to comply with its agreement has cost America dearly. Washington can convene an objective and experienced working group to quantify actual damages incurred. It is likely that China’s IP theft alone has cost America and its companies more than $1.2 trillion.

President Trump should take his gloves off and give President Xi the one thing that will change China’s behavior: a black eye.

Bradley Good, author of 113 Days, is a business consultant. He has an MBA and Masters in East Asian Studies from the University of Chicago and a BA from U.C. Berkeley.