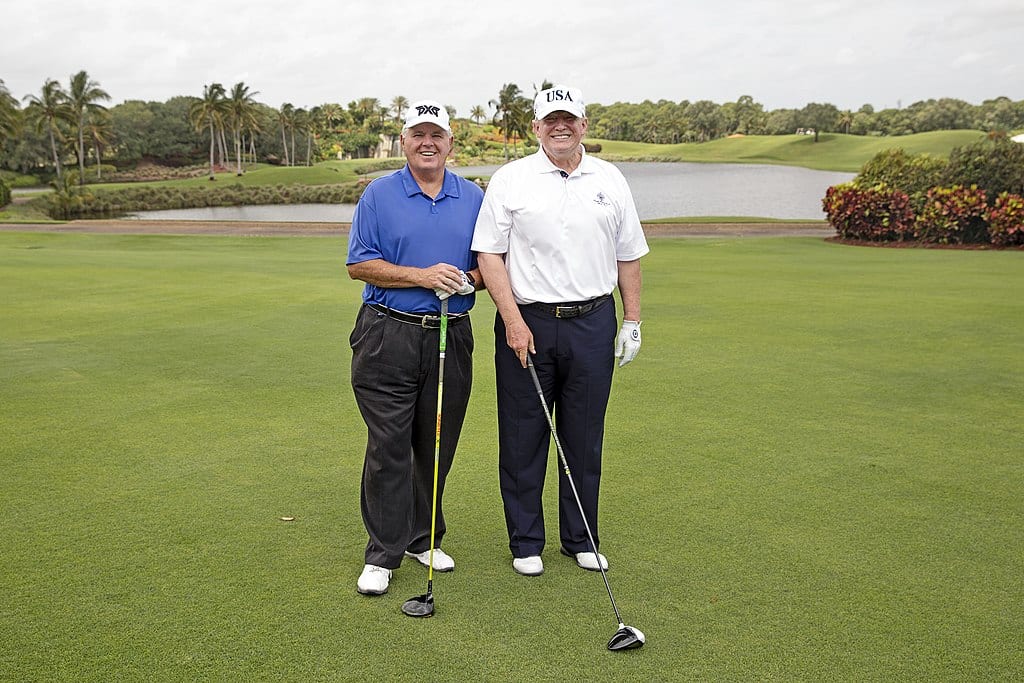 For well over three years, Donald Trump has been under attack. He has been subjected to unprecedented slander by the media, dirty tricks by the Democrats, legally dubious investigations, and sabotage by the deep state. Yet he is not only still standing, he has a record of accomplishments that any president would be happy to claim after two years in office. One would think his opponents would be able to divine a message from this. To wit, their time might be better spent working on behalf of the voters rather than launching further futile attempts to bring Trump down.

Moreover, the polls have increasingly indicated that this would not only be the right thing to do, it would be the smart move. A new Morning Consult poll — hardly predisposed to favor President Trump — shows enthusiasm for impeachment among registered voters continuing to plummet. Only 34 percent of registered voters favor ousting Trump, and among Independents that percentage is only 31 percent. Even among Democrats, the percentage who want to see the President impeached has fallen by 12 points (from 71 to 59 percent). The voters, in other words, are done.

Yet Trump’s antagonists are clearly determined to lengthen their losing streak. It began when he announced his intention to run for president in June of 2015. Typical of the media reception he received was the NBC story titled, “Donald Trump Announces Presidential Bid by Trashing Mexico, Mexicans.” What he actually did, of course, was say what every major politician regardless of party had already said about illegal immigration at our southern border. Soon, however, virtually every “news” outlet began claiming that he had called all Mexicans rapists and killers.

This theme was soon picked up by the Democrats, including Hillary Clinton. In remarks made to a La Raza conference she said, “I don’t have to wait to become president to take a stand right here and right now against the divisive rhetoric that demonizes immigrants and their families.… It is shameful and no one should stand for it.” Never mind that her position on illegal immigration had long been identical to Trump’s and that she bragged, “I voted numerous times when I was a senator to spend money to build a barrier to try to prevent illegal immigrants from coming in.”

At about the time Clinton was singing in hypocritical harmony with the media about Trump’s “shameful” rhetoric, her campaign staff began working with Fusion GPS to organize the most despicable and dangerous dirty trick in the history of American politics. The result was, of course, a conspiracy to smear Trump involving not just the media and the Democratic National Committee, but the directors of the FBI, National Security Agency, and National Intelligence. When Her Majesty lost the 2016 election, and Trump started firing people, the deep state retaliated:

Admitting there is no actual evidence for their probe into whether Trump “worked for the Russians,” FBI officials instead cited their foreign policy differences with him, his lawful firing of bungling FBI Director James Comey, and alarm that he accurately revealed to the American public that he was told he wasn’t under investigation by the FBI, when they preferred to hide that fact.

At length, all this skullduggery morphed into the Mueller probe — a $34 million “investigation” that confirmed that the Russia Hoax was… well… a hoax. But the Democrats haven’t yet grown weary of losing. They are angry about Trump’s tax reforms and aggressive deregulation, which have produced a booming economy as well as record low unemployment. They are frustrated with his energy-friendly policies and his release of most Americans from the Obamacare gulag. They seethe because he is reshaping the judiciary by appointing real judges rather than political hacks.

So, the slow-learners who “lead” the House Democrats will now attempt to use Part II of the Mueller report to nail the President for “obstruction of justice.” But, just as the voters have tired of impeachment mania, Trump is done with congressional harassment. He is pushing back on House subpoenas: “I allowed my lawyers and all the people to go and testify to Mueller — and you know how I feel about that whole group of people.” He is also fighting Democrat demands to dig through his tax returns. Treasury Secretary Steven Mnuchin responded to that demand as follows:

Due to the serious constitutional questions raised by this request and the serious consequences that a resolution of those questions could have for taxpayer privacy, the Department is consulting with the Department of Justice. Although federal law establishes no deadline for a response to your request, we expect to provide the Committee with a final decision by May 6.

Meanwhile the media, having learned nothing from the ratings hit they absorbed due to their sloppy and often dishonest reports about the Russia hoax, are already parroting Democratic talking points on obstruction of justice. That they’re already carrying water for people like Jerrold Nadler and Adam Schiff suggests that they may well destroy what little public trust they still enjoy. Journalist Glenn Greenwald, by no means a conservative, is stunned by the media reaction to Mueller’s report: “Pretending they got it right is just worsening the problem.” Fellow traveler Matt Taibbi agrees:

This fiasco will surely end up being a net plus for Trump.… News audiences were betrayed, and sooner or later, even the most virulently Trump-despising demographics will realize it and tune us out. The only way to reverse the damage is to own how big of a screw-up this was, but after the last three years, who would hold their breath waiting for that?

Are these people really so obsessed with bringing down the President that they can’t see they are making his case about “the swamp” with slander, partisan investigations, and deep state sabotage? I stumbled across a Latin tag the other day that Trump’s antagonists should learn: Saepe intereunt aliis meditantes necem. This translates into English as, “Those who plot the destruction of others often destroy themselves.” They have been trying to destroy Trump for three years, and he’s still standing. If they keep it up, he will win reelection in 2020. Will they never tire of losing?