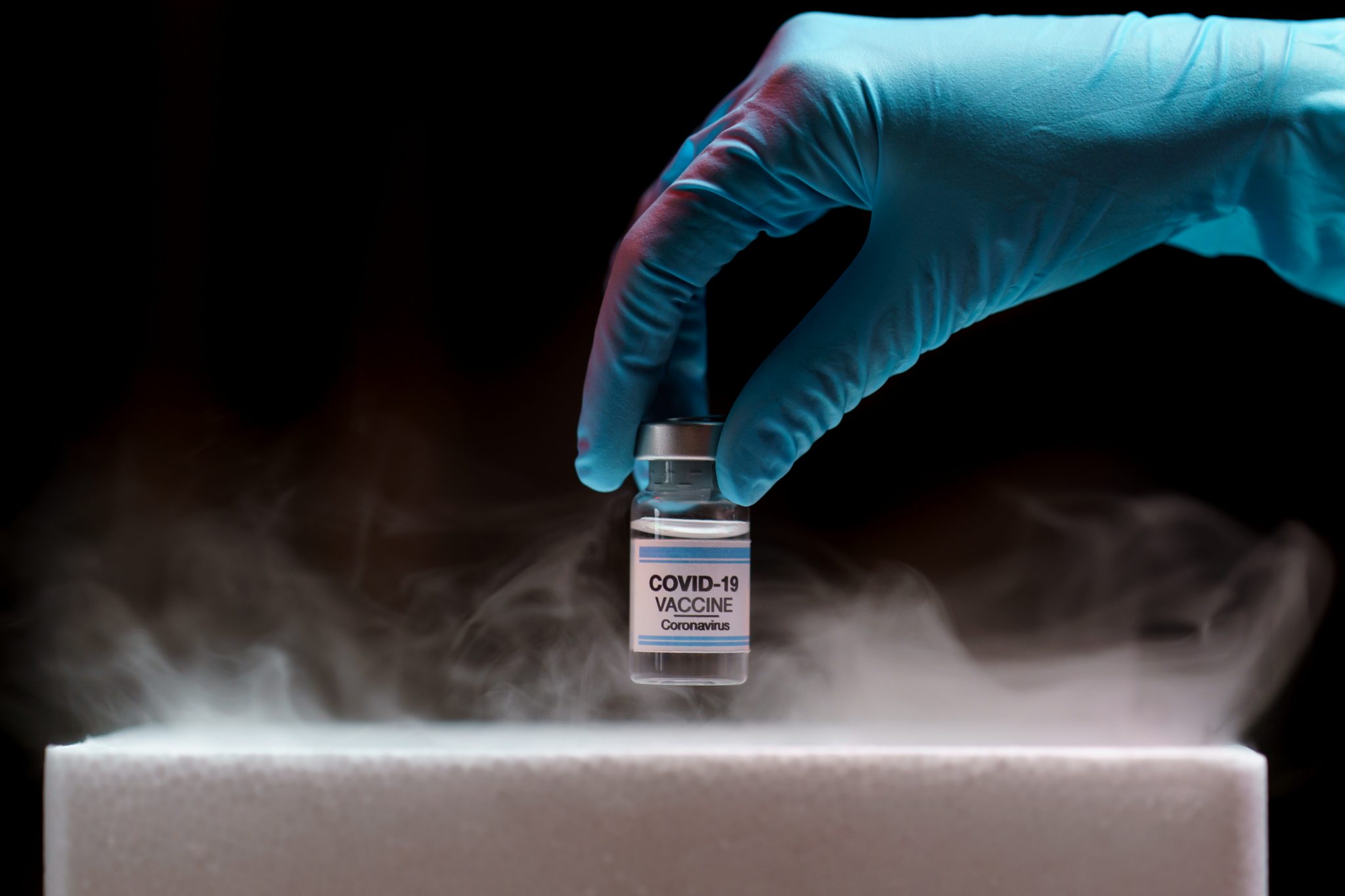 “I think the [Trump] administration deserves some credit getting this off the ground with Operation Warp Speed,” conceded then-President-elect Joe Biden in late December upon he and his wife Jill getting their first dose of the Pfizer-BioNTech vaccine in Wilmington, Delaware.

Biden’s notable concession to Trump didn’t get the attention from his media partisans that it should have. That’s no surprise. They revile Donald Trump, they made it their mission to run him out of office, and they shape their “journalism” accordingly.

As for Biden, the concession was gracious, but he should say more. A lot more.

In fact, it would be a great gesture of unity — the very unity that President Biden says he seeks, and a gesture of goodwill and decency that Trump advocates would remember appreciatively — if Biden paused to more deliberately thank and recognize Trump’s efforts. Unfortunately, I don’t think he’s going to do that, and the terribly biased liberal media certainly will not be stepping up with any awards for the dreaded MAGA man.

That’s a shame. It’s yet more rancorous, toxic, bitter partisanship, by a media that claims to be objective. It’s not right. It fails to recognize a truly historic accomplishment by Trump and the biomedical community.

We are now full-throttle into the mass distribution of vaccines for the COVID-19 pandemic. And let there be no doubt: the swiftness of the development and delivery of these vaccines is a remarkable achievement. I want to underscore the point by revisiting what I wrote about in several columns here in The American Spectator last spring, most notably placing President Trump’s Operation Warp Speed into historical context — looking particularly at the polio vaccine that was pioneered by Dr. Jonas Salk at the University of Pittsburgh in the 1950s. Considering that comparison really helps us to understand what a big deal Operation Warp Speed has been.

Polio terrified people of that era; it was known as “infantile paralysis.” What people right now should realize, given the incredible speed of the COVID vaccine development — in retrospect, “warp speed” was spot-on language — is how long it took for the polio vaccine to develop. That vaccine, too, like those today, involved the government getting behind private research efforts that needed mass infusions of public sector dollars.

Salk’s polio vaccine was announced to the world in April 1955. But the push by the federal government began many years earlier, namely in January 1938 when a tenacious Irish lawyer named Basil O’Connor became President Franklin Roosevelt’s point man to wage war on the disease, including through the creation of the March of Dimes. (For the record, in 1935 two polio vaccines were announced by two separate research teams, one led by Maurice Brodie and another by John Kolmer, both of which were announced at a major conference of the American Public Health Association in November 1935, but both of which were quickly shelved because vaccinated children had died in clinical trials.) In 1949, O’Connor went further still, upping the ante by pouring yet more research dollars into the search for a vaccine. Though the medical community was skeptical, an ambitious 30-something named Dr. Jonas E. Salk was not.

Salk had some major critics, including a fellow researcher, Albert Sabin. The debate was centered on (among other differences) a live versus a heat-killed vaccine. Sabin was harshly critical of Salk. Sabin’s own (oral) vaccine was not released until 1961, years after Salk’s vaccine was distributed.

In sum, it took many years (decades, in fact) to develop the polio vaccine. Even once federal money was pumped into the Salk effort, things got worse, with 1952 being the worst outbreak of polio yet: over 3,000 Americans died of polio that year, and another 21,000-plus were left with some form of crippling paralysis. By contrast, the development of the current COVID vaccines took less than a year — in some cases, from about March to November. The rapidity of the development of these vaccines is extraordinary and unprecedented.

To be sure, there are many reasons why COVID vaccines were able to be developed so much quicker than the polio vaccines. Consider the example that I wrote about here last spring regarding the University of Pittsburgh’s COVID vaccine effort: researchers at Pitt had already mapped out the RNA sequencing for COVID. “We had previous experience on SARS-CoV in 2003 and MERS-CoV in 2014,” said Pitt’s lead researcher Dr. Andrea Gambotto last year. “We knew exactly where to fight this new virus.” When the genetic sequencing for the COVID-19 virus was identified last January, they “were able to plug into” their existing framework “and rapidly produce a vaccine,” testing in mice.

Even then, whatever head start the COVID vaccines had over the polio vaccines, and whatever the superiority of modern technology, the breathtaking speed is a stunning biomedical accomplishment.

None of this should be a political issue, of course, but that’s precisely what it became, including the stubbornness that begrudges President Trump any credit for this extraordinary success. Throughout 2020, Trump’s Operation Warp Speed met doubt and ridicule, the naysayers and doomsdayers. Go back and watch the presidential debates with Joe Biden, where Trump emphatically took issue with his own advisers who suggested that the release of the vaccine could not be possible within the optimistic time frame that Donald Trump was shooting for — as Joe Biden rolled his eyes and smirked at Trump like he was a knuckle-drugging idiot and a shameless liar.

At the second and final presidential debate on October 22, moderator Kristen Welker asked President Trump if he could “guarantee” there would be a COVID vaccine within the coming weeks. “I can’t guarantee that, but it will be by end of the year,” said Trump with a rather bold prediction, effectively guaranteeing a vaccine within the coming weeks, and no doubt to howls by liberals. “It will be distributed very quickly,” he said. He pointed to the progress of the three leading developers of a vaccine, Johnson & Johnson, Moderna, and Pfizer, reporting to the national viewing audience that they “are doing very well.”

Biden was not just incredulous, but snidely dismissive of that statement. Biden told Welker that Trump had “no clear plan” for the “dark winter” ahead, and said of Trump’s optimism about a vaccine before the end of 2020: “He has no clear plan and there’s no prospect that there’s going to be a vaccine available for the majority of the American people before the middle of next year.”

Less than eight weeks later, Joe Biden wasn’t rolling his eyes anymore. He was rolling up his sleeves in Wilmington, Delaware for his first dose of vaccine.

And if that didn’t frustrate Donald Trump, you can bet this did:

Very shortly after that second debate, the first of the vaccine developers announced it had a vaccine — an announcement that curiously came one week after the November 3 election. This huge news was the double-bold headline at CNN the morning of November 9, with CNN reporters aglow at the news — one week too late to help Donald Trump’s reelection bid. You can be sure that the smiles at CNN were not merely about the vaccine; they grinned ear to ear at the announcement coming conveniently too late to help Trump politically.

Yes, yes, I know, I know — this or that “fact-check” thingy on the web claims that Trump and his Operation Warp Speed had nothing to do with this or that development of this or that vaccine. I’ve read them. Most are outrageously petty, using weasel words like “full credit” or “partial credit” or nitpicking to deprive Operation Warp Speed any credit at all, with some focusing on details of one vaccine produced by one pharmaceutical company but ignoring details of others. If you want to navigate your way through them, then go for it. (For the record, PolitiFact did a pretty fair job in its evaluation.) It’s an infuriating exercise that immediately raises one’s B.S.-detectors. But those not poisoned by ideological bias and political hatred know in their hearts that Donald Trump deserves some major credit here.

Again, Joe Biden knows it as well. To repeat: “I think the administration deserves some credit getting this off the ground with Operation Warp Speed,” Biden acknowledged that as he and his wife stuck out their arms for their first vaccine injections in Wilmington. Again, that statement came eight weeks after Biden during the second president debate scoffed at Trump’s assurances that a vaccine was coming by the end of the year.

Biden got his by the end of the year.

As readers of The American Spectator know, I have never been a pom-pom boy for Donald Trump, but I have a strong sense of justice and injustice. And it’s terribly unjust not to give this man due credit for this incredible accomplishment of the biomedical community. Anthony Fauci said from the outset that our only way out of this pandemic was a vaccine. Donald Trump delivered on that.

Operation Warp Speed worked. Give the reviled Orange Man his due.