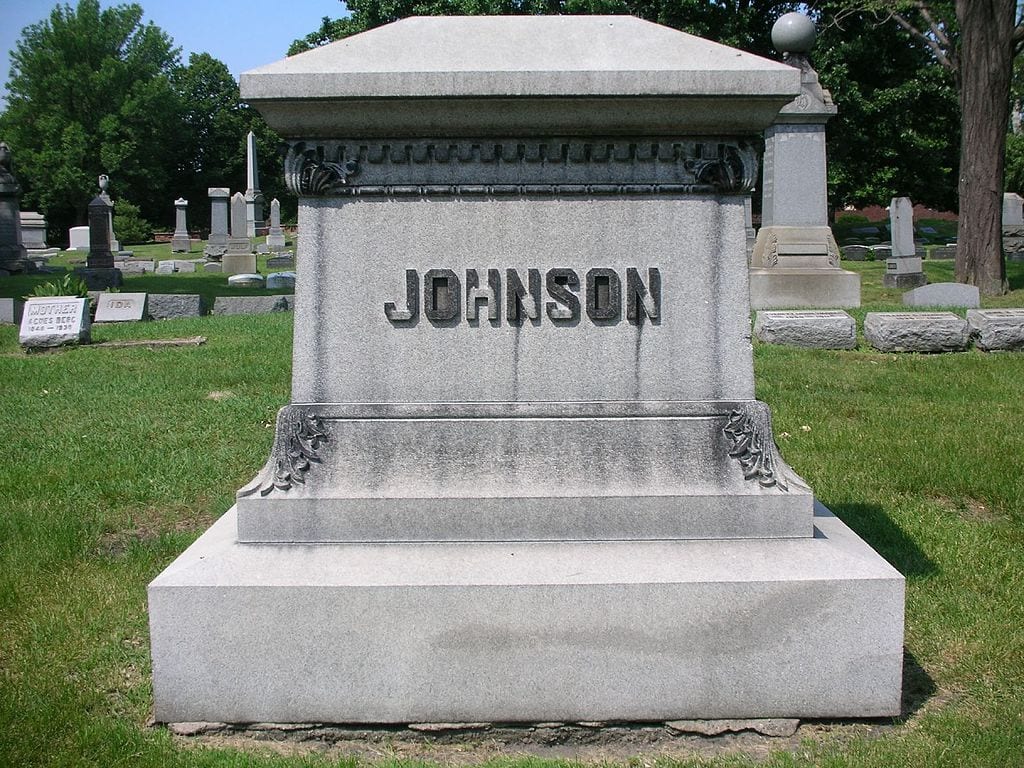 Sylvester Stallone, who played a boxer in his most famous role, contacted the president, who in 1988 hosted and helped promote the then-most lucrative boxing match in history, about issuing a pardon to Jack Johnson, alone among this boxing triumvirate in actually dishing out and eating punches in the ring.

“Sylvester Stallone called me with the story of heavyweight boxing champion Jack Johnson,” Trump tweeted Saturday. “His trials and tribulations were great, his life complex and controversial. Others have looked at this over the years, most thought it would be done, but yes, I am considering a Full Pardon!”

The Mann Act, despite its name, refers to the transport across state lines of “any woman or girl for the purpose of prostitution or debauchery, or for any other immoral purpose.” The demand for males for such purposes apparently did not rise to such a level as to merit their inclusion or, alternatively, the bill’s authors just did not consider the eventual demand. Also known as the White Slave Traffic Act, this alternative name also confused. It referred to sexual commerce or immorality rather than keeping Caucasians in bondage (the non-consenting-adults kind). And if all of this does not discombobulate like a Jack Johnson overhand right, then surely the fact that paternalistic progressive-era politicians passed the law scoffed at by their progeny as conservative overreach does.

Paul Beston, the author of The Boxing Kings: When American Heavyweights Ruled the Ring, tells The American Spectator that although the federal government fixated on Johnson because of his race, the Galveston Giant makes for a poor posterchild for a persecuted innocent.

“Johnson was run down on the basis of racial hatred of that time and specifically hatred for him — they were, literally, looking for stuff to get him on, and they found something,” Beston points out. “On the other hand, I’ve always been a bit uncomfortable with the impassioned outcries on his behalf because under the Mann Act as then written, they didn’t have such a terrible case. Their motivation was clearly ‘gotcha,’ but Johnson made it easy. He was deeply involved in the world of prostitution, at least in the sense of having personal relationships and moving through that world. It’s pretty easy to get yourself in trouble doing that.”

Johnson reigned as heavyweight champion from 1907 to 1915. He won the title from Canadian Tommy Burns. He defended it against the likes of Fireman Jim Flynn, the only man to knock out Jack Dempsey, and James Jeffries in the first “Fight of the Century” before falling to Jess Willard in the 26th round in Havana in 1915 — the location necessitated by Johnson’s Mann Act conviction.

“There is a self-destructive side to Johnson here, or a sense of being immune to normal laws of gravitation, as if he was tempting the fates,” Beston notes. “None of which justifies what the government did, but when I think of all the other innocent black men and women who suffered at the hands of the law in American history for having done nothing other than try to live, it’s hard for me to think of Johnson as a leading symbol of injustice.”

Not for another 22 years after Willard’s defeat of Johnson, when Joe Louis stopped James J. Braddock in Comiskey Park, would a black man get a shot at the heavyweight title, which illustrates the racial climate in which the feds pursued Johnson. But celebrity as much as skin motivated prosecutors who, then as now, chased the stardom that came from chasing stars. Frank Lloyd Wright and Charlie Chaplin faced Mann Act charges, for instance, and Chuck Berry wore a Mann Act conviction that sent him to prison.

In The Boxing Kings, Beston reflects: “The champions themselves occupied a public office not unlike the presidency, though they were often better known and better liked than the man in the White House.” While rogues occupied both offices, the transgressions of those in ring tended to involve brawn rather than brains.

“John L. Sullivan had numerous police scrapes because of brawling and public drunkenness,” Beston says of the first heavyweight world champion. “His first wife said that he beat her. (Johnson beat women, too.) Jack Dempsey was indicted for draft evasion, which was taken a hell of a lot more seriously back then than it is now. Joe Louis didn’t pay his taxes and later developed a terrible drug addiction. Sonny Liston was a convicted felon (assault and robbery) who once tossed a policeman head-first into a garbage can, and his entire career was shadowed by mob ties, both real and imagined. George Foreman and Floyd Patterson were young delinquents. Mike Tyson, of course, is a convicted rapist.”

But Jack Johnson, a lover and a fighter, merely injured the pride of men full of it for the wrong reasons. His offenses against the Mann Act, at least the ones presented at trial, occurred before its existence. And his involvement with prostitutes came as neither a pimp or a john. While Johnson surely offended his times, more than a century after his conviction, the Mann Act, rather than its most famous offender, offends our times.

While Johnson undoubtedly would have preferred intervention from Woodrow Wilson than from Donald Trump, and the pardoner benefits here more than the pardoned, a better-late-than-never action appears just. We expect rogues to compete in such a rough sport. We naively expect better from politicians and prosecutors, who compete in a meaner sport, than pugilists.