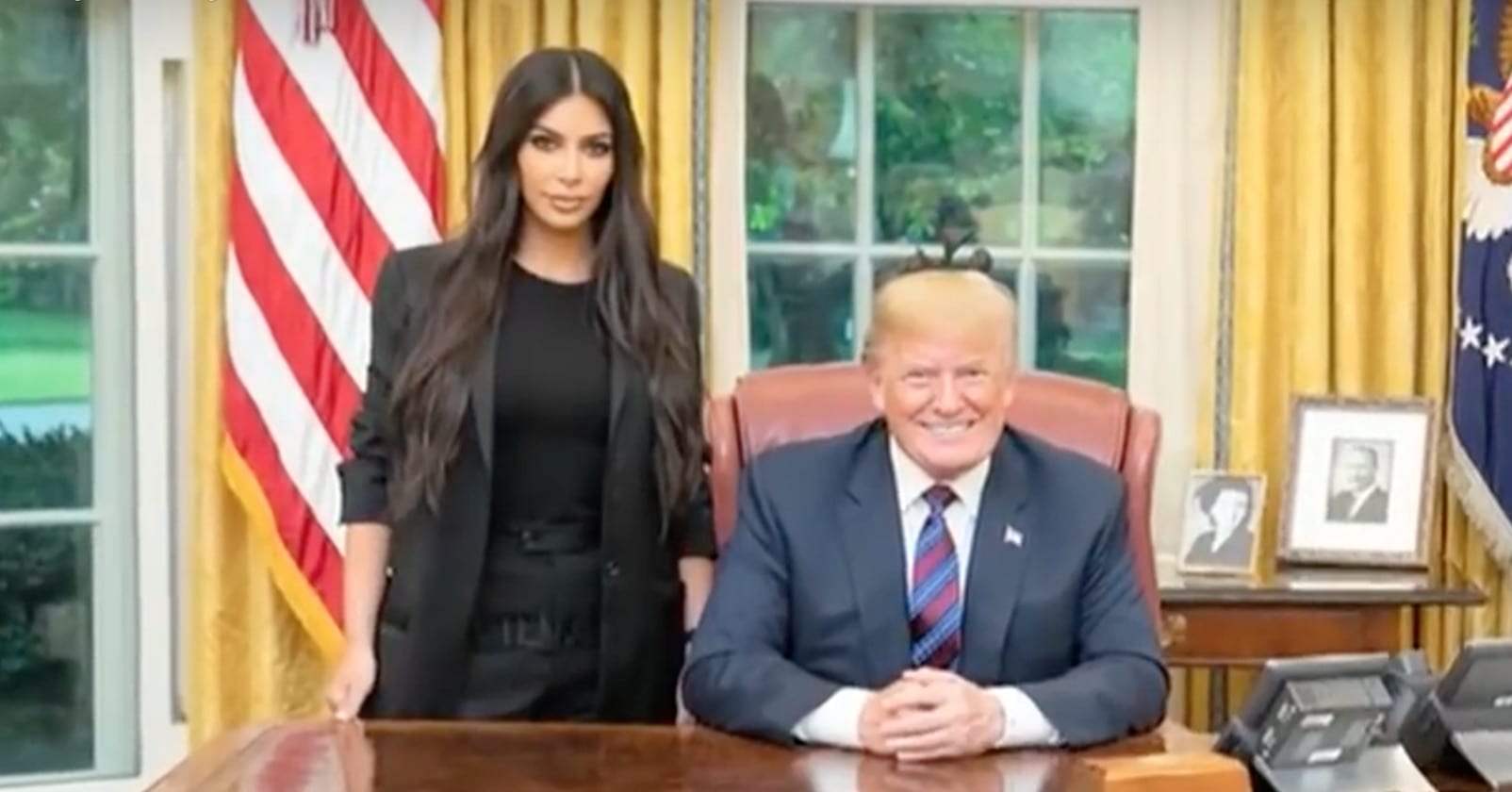 Instead, Trump announced Thursday that he would pardon Dinesh D’Souza, a conservative author who pleaded guilty to violating federal campaign finance laws in 2012. D’Souza paid a fine and served eight months in a community center. A full presidential pardon would wipe clean his criminal record.

In 1996, Alice Marie Johnson was convicted on eight criminal counts, including conspiracy to possess with intent to distribute cocaine, attempted possession of cocaine and money laundering charges. She has already served 21 years in prison.

In pleading Johnson’s case, Kardashian shrewdly seized upon draconian federal sentencing practices that can put low- or mid-level nonviolent offenders away for decades, even life — thanks to a system so rife with abuse that some Senate Democrats and Republicans are determined to change the law.

These officials don’t argue that offenders like Johnson should not go to prison; instead they maintain that the federal sentences should more closely reflect the crime.

Violent drug kingpins, not their underlings, should be sentenced to life, they argue. Hence, the ACLU and the conservative Charles Koch Foundation both have advocated for Johnson’s early release.

They have not found a ready ally in Trump, who at the 2016 Republican National Convention criticized President Barack Obama for ending “decades of progress made in bringing down crime” with a directive to federal prosecutors not to go for the maximum sentence available under the federal mandatory minimum system.

Attorney General Jeff Sessions has been perhaps the most stalwart opponent of reform efforts in Congress.

Trump World, however, rarely presents itself without a counter force. On this issue, son-in-law and senior adviser Jared Kushner has been a persuasive and effective advocate for criminal justice reform.

This is an issue that is personal for Kushner as his father was sentenced to two years in prison after pleading guilty to charges of tax evasion, witness tampering, and illegal campaign contributions.

Mueller’s Russia probe shows a federal system in which lawmen “decide who they’re going to prosecute and then hunt for a crime,” said Nolan, who was the Republican leader of the California Assembly before he served 29 months behind bars on a federal racketeering charge. “This has really opened his eyes.”

Kushner and Nolan would love to see Washington enact federal sentencing reform, but with the administration opposed, they’ve focused on legislation that can be enacted. Kushner has corralled his painful family experience behind a prison reform bill that passed the House by a 360-59 vote. Support was unusually bipartisan with 226 Republicans and 134 Democrats voting yes.

The First Step Act, sponsored by Reps. Doug Collins, R-Ga., and Hakeem Jeffries, D-N.Y., would increase the good time credit, ensure inmates are placed within 500 driving miles of their families, and provide incentives for inmates to complete rehabilitation programs.

So what could go wrong?

Sen. Dick Durbin, D-Ill., has come out against the measure’s risk assessment mechanism, which among other problems, would “give far too much discretion” to the Trump administration’s Bureau of Prisons.

Jeffries rejects that claim. “Ultimately, it should be our mission to improve the lives of the people we are here to represent,” he wrote in reply. Jeffries called on Durbin and company to “reconsider their position, cast aside partisan ambition and join the House’s fight to fix our broken criminal justice system.”

But it is not only Democrats who oppose First Step. Sen. Chuck Grassley, R-Iowa, has blocked the House bill because it excludes sentencing reform.

It would be great if Kardashian’s appeal for Johnson’s release changed the president’s heart by putting a face on a system that throws small-fish nonviolent offenders in prison until they die.

But if it doesn’t, the Senate should go for a win that eases the way for federal inmates upon their release. First Step should save taxpayers money, but more importantly it should increase offenders’ chances for a life in step with the law.

And really, how can sentencing reform advocates demand a bill that fixes runaway federal sentences when they failed to send a bill to President Barack Obama, who favored the idea, in 2016?