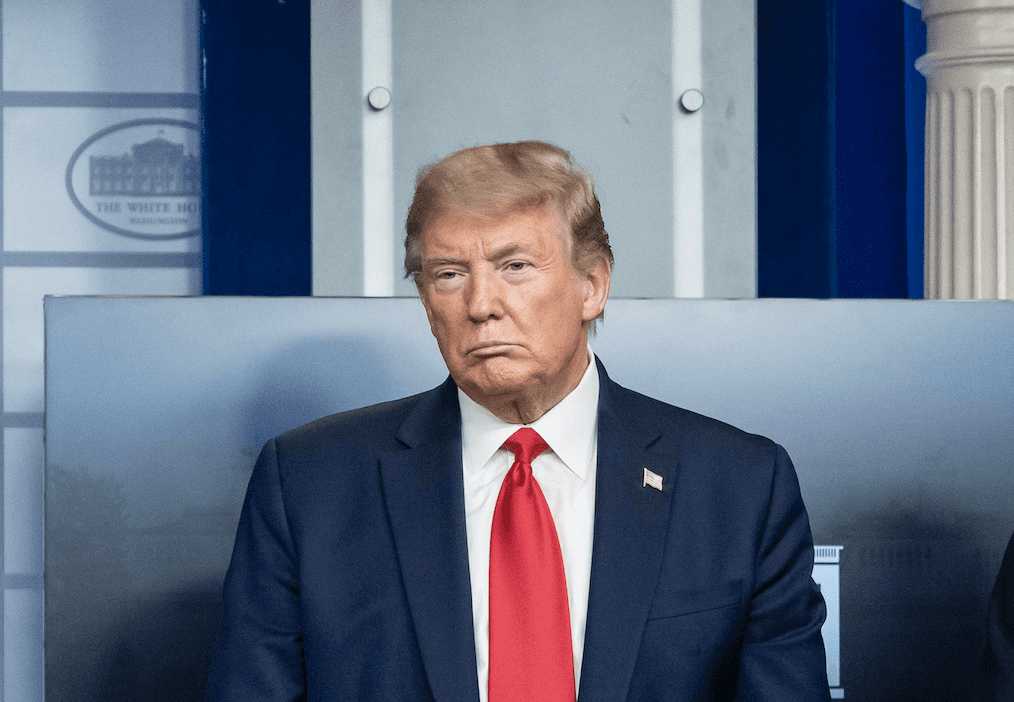 I was interviewing then-private citizen Donald Trump for The American Spectator in his Trump Tower office. The subject in general was his view on issues of the day, along with a possible presidential run in 2016. But I had one question in particular that I wanted to ask.

The question: There were a lot of Republicans who felt their presidential nominees, the perpetual targets of the media, never fought back when attacked. Were he to run, not to mention were he elected, would he fight back? And note: the mention of Donald Sterling, the then-owner of the Los Angeles Clippers NBA franchise, revolved around a just-released secret recording of racist remarks made by Sterling to his mistress, who had recorded him and released the tape to the media. It was, for a moment, the news story of the day, and as such Trump was asked to comment in an appearance on Fox and Friends. His response to me as follows, verbatim:

The press is extremely dishonest. Much of it. Some of it I have great respect for, and they’re great people and honorable people. But there’s a large segment of the press that’s more dishonest than anybody I’ve seen in business or anywhere else. And the one thing you have to do is you have to inform the public. The public has to know about the dishonesty of the press because they are really bad people and they don’t tell the truth and have no intention of telling the truth. And I know who they are and I would expose them 100 percent. And I will be doing that. I mean, as I go down the line, I enjoy exposing people for being frauds and, you know, I would be definitely doing that. I think it’s important to know. Because a lot of the public, they think, oh, they read it in the newspaper, and therefore it must be true. Well many of the things you read in the newspaper are absolutely false and really disgustingly false.

And right there is the key to the White House presidential briefing Monday night. There was now-President Trump using two videos — found right here — filled with clips of one media figure after another suggesting the approaching virus was no more dangerous than the flu. There was an audio clip of New York Times reporter Maggie Haberman saying that yes, in fact, the president’s China travel ban, for which he was widely criticized, had been a good thing, after all. Also featured were Democratic governors praising the president for his actions.

In other words, there was the president fighting back against what in fact has been an “absolutely false and really disgustingly false” portrayal by the media of the president’s response to the coronavirus. True to his word to me that day in 2014, President Trump fought back against a dishonest media that was deliberately, willfully misrepresenting what he had said and done — and more to the point what they themselves had said. So he showcased these two short videos, a major showcasing of just how deceptive the media is.

The instant media reaction was a meltdown. Hysteria. How dare the president have the nerve to fight back at the false portrayals of his actions in this fight against the virus? This was just not to be done!

In a classic move, CNN ran the following chyrons that read as follows:

“Trump Refuses to Acknowledge Any Mistakes”

Substitute “media” for the word “Trump,” and a dead-on accurate portrait of what was really going on at this briefing emerges:

“Media Refuses to Acknowledge Any Mistakes”

What Americans see in that press briefing room is the Leftist State Media at work: Haughty, elitist, its far-left politics accepted as the norm. Anyone who dares to question it or call out its dishonest reporting makes them a target — and that begins with the president himself.

The difference with this president is that, true to his word in 2014, he has no intention of not calling out the utter dishonesty. He is not going to sit quietly and let his political enemies — leftist activists posing as journalists — set the narrative of what he is about. He will, as he said to me in 2014, fight back.

Which is exactly why so many Americans support him. They have had more than enough of the contempt and elitism dished their way by the Leftist State Media, and they are delighted to see a president stand up and fight for them by taking the media dishonesty head on.

As I have noted in my own book Swamp Wars: Donald Trump and the New American Populism vs. The Old Order, this media dishonesty and liberal agenda-setting has been going on since at least the days of liberal “journalists” cheering on 1960 Democratic presidential nominee John F. Kennedy.

Indeed, in his classic Pulitzer Prize-winning book The Making of the President 1960, the late Theodore H. White wrote this of the reporters covering JFK as he campaigned against Republican Richard Nixon:

By the last weeks of the campaign, those forty or fifty national correspondents who had followed Kennedy since the beginning of his electoral exertions into the November days had become more than a press corps — they had become his friends and, some of them, his most devoted admirers. When the bus or plane rolled or flew through the night, they sang songs of their own composition about Mr. Nixon and the Republicans in chorus with the Kennedy staff and felt that they, too, were marching like soldiers of the Lord to the New Frontier.

And four years later, the same sentiment was in play. The week the new Republican presidential nominee, conservative Sen. Barry Goldwater, was set to be nominated, CBS ran a story that said when the convention ended Goldwater had accepted an invitation to visit “Berchtesgaden, Hitler’s onetime stamping ground.” The story was completely false. Goldwater was not leaving the country, let alone going to “Hitler’s onetime stamping ground.” But the Goldwater-is-Hitler theme was out there, the damage done to an honorable man of Jewish heritage who had fought in World War II — as the media intended.

The difference now is that the bias of the Leftist State Media is so out there that there is no effort made to hide it. They are not about “the facts, just the facts.” They are about a far-left agenda. These are not journalists, they are left-wing activists. And in this moment, at the top of their agenda is Hating Donald Trump.

And another very big difference: Today there are conservative media — Fox, talk radio, and sites like this one here at The American Spectator — fighting back, as well. Here, for example, is Rush Limbaugh from the day after the briefing room media meltdown:

The meltdown occurred at CNN, MSNBC, and the New York Times because they were exposed. The lies they’ve been telling. And look, Trump had to do this. He had to gain control of the narrative that he was unprepared. The White House did this because the New York Times ran that story — we talked about yesterday — on Saturday that Trump was unprepared, that millions and millions more lives would be saved if Trump had just known what he was doing.

Fortunately this is a president who will, in fact, fight back. Which is exactly what Americans saw on display in the White House on Monday.

And thank God for that.