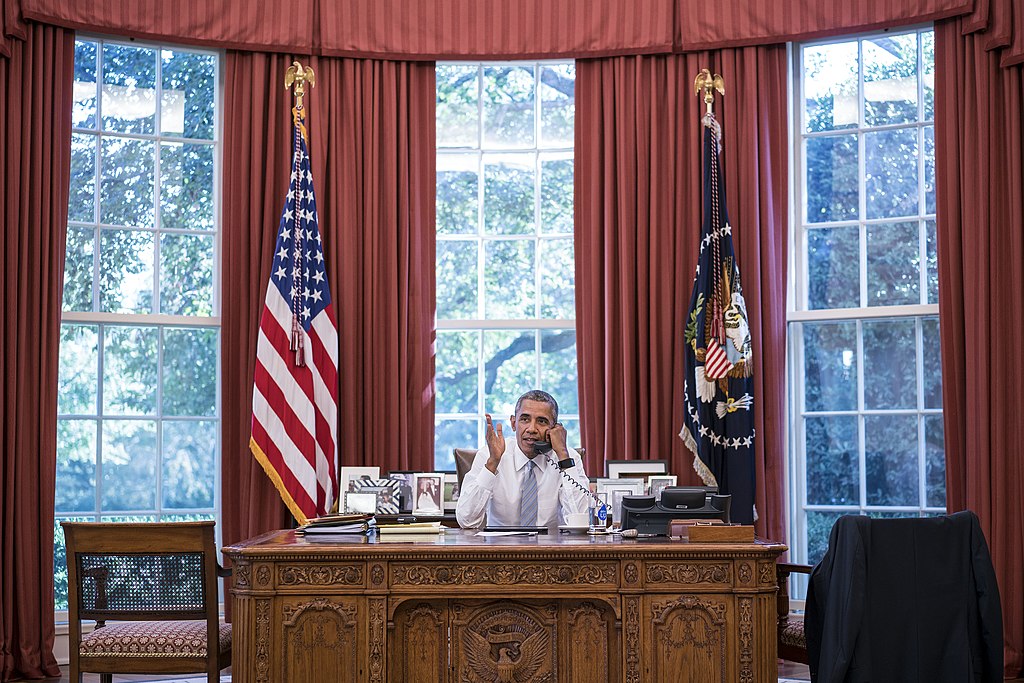 Due to the irrational impulses Donald Trump brought out in his opponents, a sensible, moderate, pragmatic record in foreign policy is in danger of being jettisoned simply because he initiated it. Yet the consequences of such knee-jerk rejection will be a return to past policies that demonstrably failed.

It is alleged that President Trump has destroyed European relations, which until he became president were based, conventional wisdom has it, on respectful dialogue among the NATO allies.

Like much conventional wisdom in foreign policy, this is a bit of a legend. There always have been tensions in NATO, which nevertheless saved Europe from total domination by Soviet imperialism. And it is worth noting that of all the recent tensions, the most grievous were those provoked by the previous administration, the Nobel Peace Prize granted to President Barack Obama early in the beginning of his term notwithstanding.

Donald Trump makes no claims to foreign policy expertise, but he put his finger on a fundamental question the pros tend to avoid: what increases American security? In the case of NATO, and the Atlantic Alliance more broadly, this means in practice: Are we — and our allies — increasing our chances of handing down free societies to our children, with an ever-wider acceptance of human rights and representative government? Or are we enabling our adversaries to sustain their own tyrannies and expand their influence through threats, intimidation, and military aggression? The Obama-Biden administration consistently created voids our enemies happily filled.

Trump’s detractors, experts all, should know better, for the policy of make-nice was tested during the Carter administration in the late 1970s, and again during the Obama–Biden administration, when Hillary Clinton was secretary of state. Are we to assume that a Biden–Harris administration means a return to the postulates of “leading from behind,” extending a hand of friendship to Iran, Cuba, and other hostile regimes, while either mishandling traditional alliances or denouncing friendly governments for behavior that is overlooked when the culprits are America’s enemies?

Upon arriving at the White House, the Trump administration faced what the president calls “endless wars,” involving thousands of American military personnel. Russia had occupied Crimea and was fighting through proxies in Ukraine. The Obama–Biden team was unwilling to use the array of political, economic, diplomatic, and other non-military options that could have been used in response to Putin’s aggression. The Trump administration gave Ukraine the means to defend its territory with actual weapons, with immediate results on the ground — which did not go un-noticed in central and eastern Europe.

China’s actions intimidated allies in east Asia and beyond, who reluctantly concluded that for Washington, trade with China took precedence over strategic considerations. They viewed with apprehension as Obama–Biden shrugged at Chinese assertiveness throughout the world, notably Africa. Our friends were shocked at the Obama-Biden administration’s acquiescence of jihadist war in Libya that cost the lives of American diplomats and security personnel, an appalling failure that was compounded by lies about what went wrong. Their indecisive fecklessness in Mesopotamia brought the Russians and the Turks back into the Middle East and enabled the migrant invasion of Europe. This certainly did not strengthen our credit in Europe, nor did it toughen Europe’s resolve to defend itself against an existential threat.

Donald Trump noticed something that a child looking at a naked emperor would have noticed: under preceding administrations there had been serious setbacks to American interests and prestige. Whether hubristic adventurism or craven appeasement had determined America’s priorities, the consequences were strikingly similar: lost American lives and treasure, panic in a rapidly changing world.

President Trump’s demands that the Europeans increase their contributions to NATO were at first a cause of friction with Chancellor Angela Merkel of Germany and others. Little was said by a hostile American press that once the steam was vented, the key European allies, Germany and France, did in fact increase their defense spending.

Compare this to the near catastrophe of Obama–Biden’s reneging on defense accords with American friends in central Europe, notably the Czechs and the Poles. Or the solid support the Trump administration has given to liberal democracy in the Americas.

Mr. Biden says he will reinstitute Mr. Obama’s Cuba policy. Presumably that will include the dismantling of the 50-plus governments’ coalition that has withdrawn diplomatic recognition from Nicolás Maduro’s regime, which is supported by a large Cuban military deployment. A return to Obama’s policy means an influx of millions of tourist dollars to the coffers of the repressive communist regime in Havana, at a time of growing popular unrest and confrontations with the police throughout the island.

The Obama administration acquiesced to Raúl Castro’s demands: it ended the wet feet/dry feet immigration policy, returned to Cuba a spy serving a life sentence for his role in murdering Americans, and removed Cuba from the list of countries that were supporters of terrorism while FBI-wanted terrorists lived there.

Trump increased restrictions designed to limit resources available to the regime for repression at home and its military presence in Venezuela. And despite Havana’s disinformation, Trump continues to sell food and medicine to the island, including most of the chicken available, shipped frozen from New Orleans. The sales are made on a cash and carry basis, and as a result there are no American companies in the long queue of creditors stiffed by Havana.

Differences between Trump’s policies and Biden’s proposals are likely to impact on the Florida vote. Personnel is policy, and nowhere more so than in Cuba’s case. Advising Trump are two Florida Republicans: Sen. Marco Rubio, and Congressman Mario Díaz-Balart. Biden has three admirers of the Cuban dictatorship: Sen. Bernie Sanders, I-Vt., and Reps. Alexandria Ocasio-Cortez, D-N.Y., and Maxine Waters, D-Calif.

Relations with India have grown closer under Trump, probably due to China’s saber-rattling as well as the personal relationship between the president and Narendra Modi, India’s prime minister. Besides receiving him in the White House, the president organized a rally, attended by 50,000 Indian-Americans, to welcome the Indian leader. He reciprocated inviting Trump to Delhi, where a hundred thousand Indians welcomed him. Besides India, there are others in the region, including Taiwan and Japan, who have been reassured by Trump that the United States has their backs.

Arguably the most striking difference between Carter–Obama style American retreat and Trump-style realism can be seen in, of all places, the Middle East. While no doubt appalling problems remain in that region, the grail of American foreign Mideast policy for over 50 years is, astonishingly, in sight: peace between Israel and its Arab neighbors. Why? Because Trump, unlike Obama and Carter, did not “blame Israel first” (just as he did not “blame America first,” as many have been doing for a long time), but on the contrary, he broadcast the message that it is not in anyone’s interests to mess with America’s friends.

The election of Trump or Biden this November will have deep repercussions for the American people, and for the world as well. The days of a bipartisan foreign policy consensus are long gone, as this tale of two very different ways of dealing with the world clearly indicates.

Frank Calzón is a political scientist and a former executive director of the Center for a Free Cuba, and a former Washington representative of Freedom House.