by Itxu Díaz
A model walks the runway during the Tim Suessbauer fashion show at the Festival International de Mode in Hyeres, France on Oct. 14 (Obatala-photography/Shutterstock) 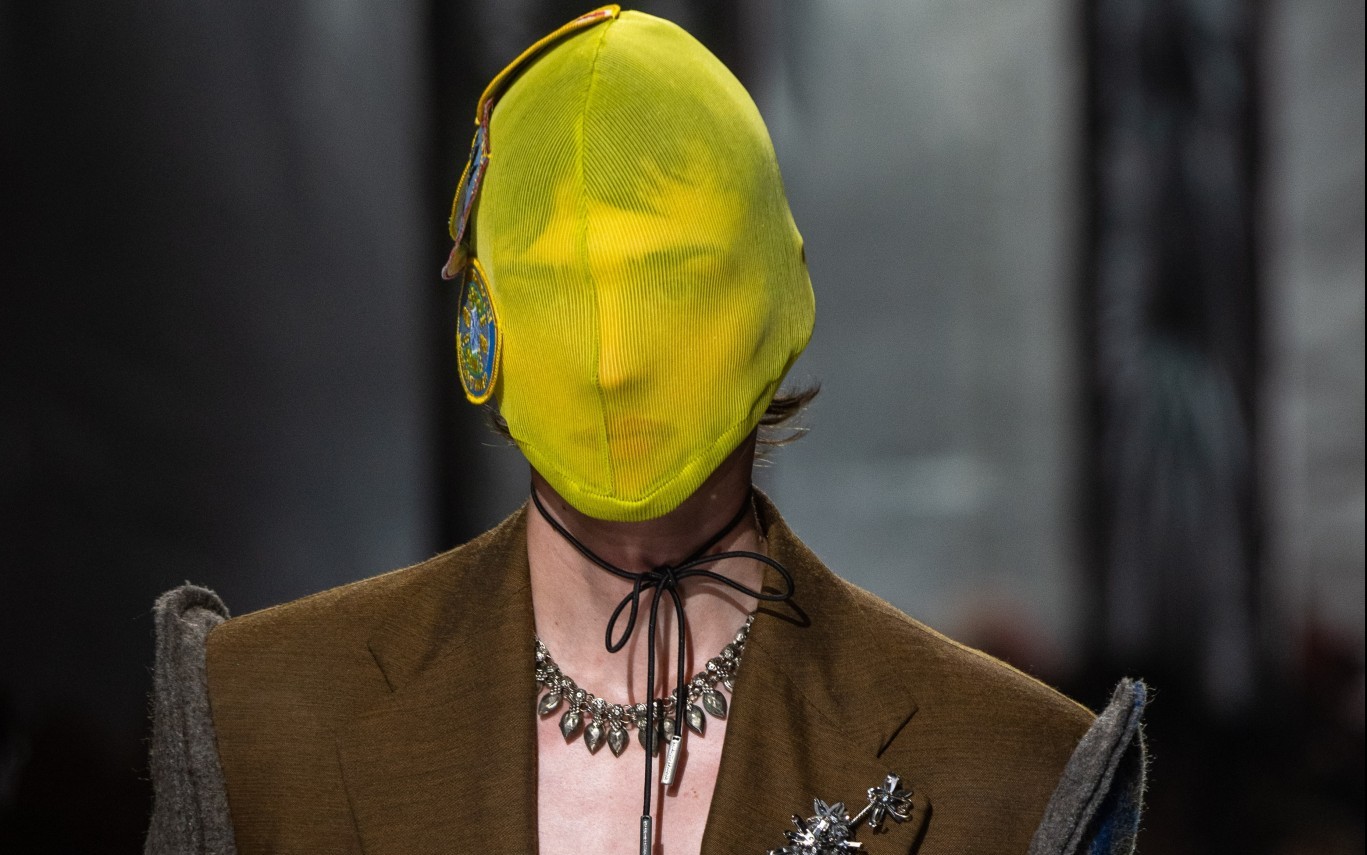 The latest trend is tiresome and corny. Ever since I was a child, I have observed with amazement those who are always trying to be faster than everyone else, who need to wear the most fashionable garment of the moment, read the latest bestseller, or drink what everyone else is drinking. If not, they feel terribly sidelined, they get bored, frustrated, and, if nothing stops them, I’m afraid they will end up robbing banks or running over old ladies without any kind of remorse.

The worst thing about the latest trend is that it is never the latest. And that explains why we all have a closet at home full of obsolete gadgets (with more loose wires than Joe Biden) that were going to transform the planet and, in the end, only transformed the closet. My wardrobe also contains clothes that were inexplicably once fashionable and for which my only consolation is that their designers have been caught, charged, and condemned.

Fashion is the urgency of change, the fever of novelty, that is not capable of understanding that, if there are things that have lasted for centuries, it is not because nobody thought of changing them but because they were good, like beer, Roman ruins, or Swedish tourists in Spain during the hottest days of July.

I have a neighbor who is so obsessed with the latest craze that every year he finds himself belonging to a different urban tribe. I used to follow his delusions closely. Once, he showed up dressed in clothes that could have been my grandfather’s because he had become a hipster, riding a bicycle with leather details, and smearing his toupee with horse grease; then his beard ate him and he disappeared. Recently, he turned up again, this time obsessed with Japanese culture and dressed up as a comic book character. In fact, when we meet in the elevator, I never know whether to say good morning or draw him a speech bubble full of exclamations on the mirror.

You can always tell when people are sick with the latest trend because they immediately adopt any neologism or stupid phrase that, like some linguistic virus, has begun to spread through our language, jumping from television to the boards of directors, and from there to hairdressers, where attacks against the language are definitively consummated. I have friends who are never late for their appointment with vocal cheesiness and I have met people, in the world of finance and business, in desperate need of a big, fat dictionary to be hit with over the head.

I don’t mean to be so grouchy. A little fashion is fine. Otherwise, we would still be wearing loincloths and putting feathers in our hair as if we were, I don’t know, Evo Morales. But too much fashion can be exhausting, not to mention ruinous to your economy. And, besides, most people won’t appreciate your efforts to peruse the pages of trendy fashion sections in men’s magazines, which are full of men of dubious nature wearing things gaudy enough to set the trend in Guantanamo Bay.

Market pressure for change is perfectly reasonable to me, but I’m concerned about the mass response to such stimuli. We don’t value the delights of individual tastes, and these are precisely the fruits of our freedom, i.e., one of the wonderful things in life. I suppose aesthetic and intellectual mass germination is more convenient, but a little critical spirit can free you from the yoke of finding yourself dressed for the New Year’s Eve party in a way that would make a sequined hummingbird blush.

In the end, even when following the latest fashion trend, you need a measure of personal criteria, as the wise words of Cicero indicate when in the first century B.C., he said about miniskirts: “It is one thing to know, and another to know how to show others.”