In Print — Winter 2020,Top Story ACLU,Transgenderism,Women ‘Transwomen Are Women’ and Other Polite Lies - The American Spectator | USA News and Politics
Menu
In Print — Winter 2020
‘Transwomen Are Women’ and Other Polite Lies
Such statements seem accommodating, but they come at the expense of actual women.
by Abigail Shrier
Transgender athlete Andraya Yearwood at the Connecticut State Open track and field championships, June 4, 2018 (Photo by John Woike. Copyright © 2020 Hartford Courant. Used with permission.) 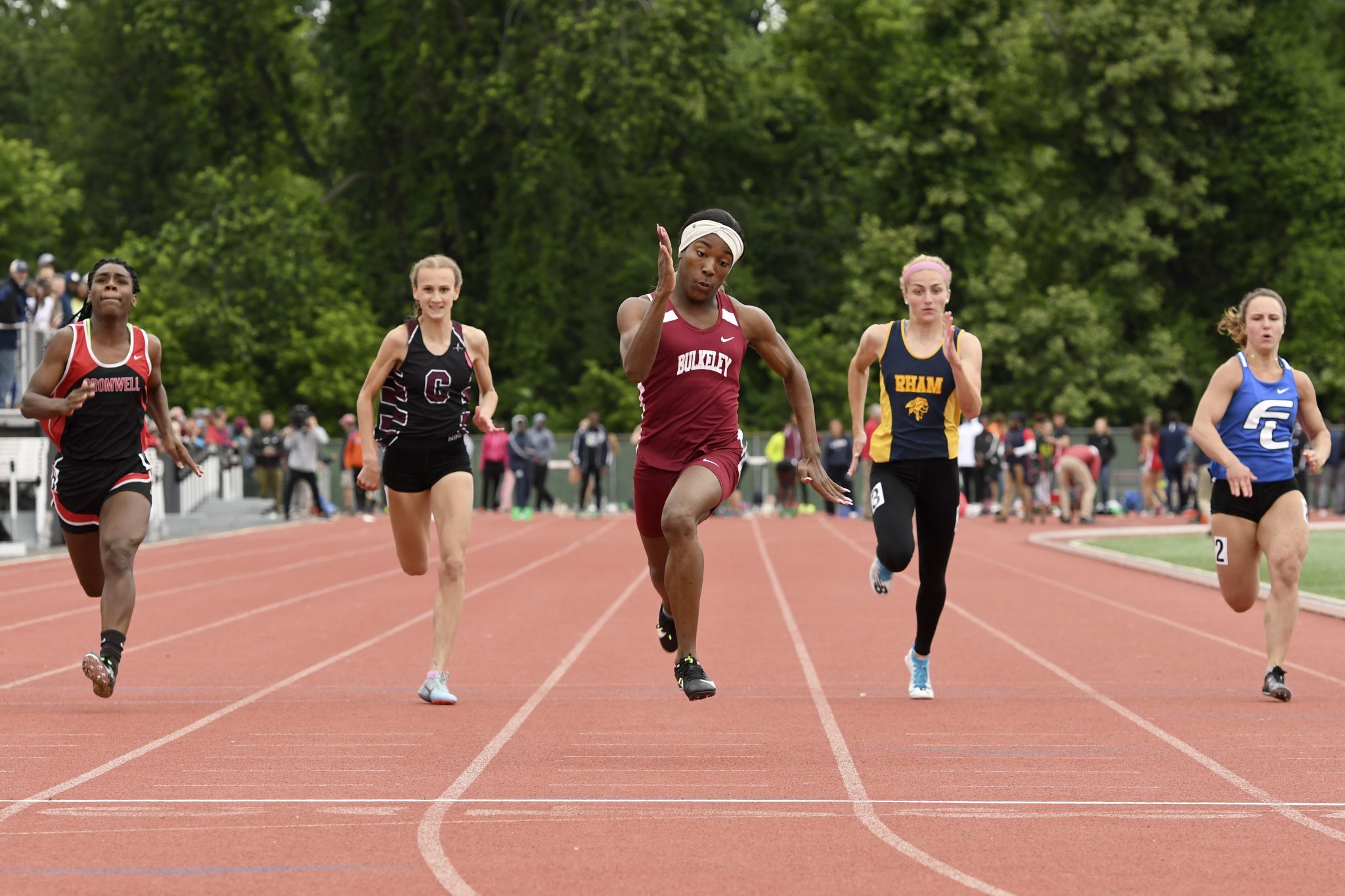 Let me ask you something: Why don’t people trust their instincts?” It’s a great line, delivered by serial killer Martin Vanger (Stellan Skarsgård) to his tethered quarry, Mikael Blomqvist (Daniel Craig), in the movie version of The Girl with the Dragon Tattoo. It’s a scene I’ve never been able to shake because it crawls with that relentless electrostatic charge — truth. Vanger goes on:

You knew something was wrong, but you came back into the house. Did I force you? Did I drag you in? No. All I had to do was offer you a drink. It’s hard to believe that the fear of offending can be stronger than the fear of pain. But you know what? It is.

This, more or less, is the predicament in which we find ourselves in 2020. Bit by bit, redefinition by redefinition, we have backed into a room that unsettles us, prodded by the fear of causing offense. In the public sphere, we’ve allowed women to become “menstruators,” or “people with vulvas,” or “bleeders” — even though we don’t really believe these are signal traits of womanhood. Even though we believe women and mothers (“birthing people,” as Harvard Medical School’s Medical Education recently referred to them) are so much more.

Why, then, do we refer to them in this degrading way? So as not to offend those biological women who identify as something else — as “non-binary” or“transmen.” We use “birthing people” and “menstruators” to refer to women, so that transwomen don’t feel left out. There are just so many feelings to consider, so much indulgence from our bleeding, um, hearts.

In November 2019, the ACLU piously proclaimed, “There’s no one way to be a man. Men who get their periods are men. Men who get pregnant and give birth are men.”

At the time, the announcement seemed unhinged. But one year later, we chuckle and say: Well, of course they are. And we recite the most sacred creed of our age: “Transwomen are women.” (Denying this was enough to get Irish writer Graham Linehan kicked off Twitter for good.)

That it’s a lie doesn’t matter to those who press its acceptance. But it is a lie. Transwomen (biological men who identify as women) do not possess female biology; they are not women.

One might reasonably ask: If it’s a lie, what’s the harm of it? We tell our friends they’re beautiful or thin, that they make good points or that they sing well when they don’t. One might even say that a thousand white lies are a necessary precondition for a social life, even friendship. If you want to get along in a world of people, where words prick and sting and bruise, it’s worth carrying around a balm of minor lies to administer to your loved ones in private.

The public space is different — the lies told there have real, even lethal, consequences. For our democracy to function, for a diverse public to be able to communicate and work together, we must speak in objective terms to which we all have access. We must make points plainly. We must strive toward accuracy so that we may clearly recognize the issues at stake. We must, each of us, give up some of the private beliefs embedded in our ways of thinking and speaking in order to be widely understood.

For example, when we talk of Jews publicly, outside the walls of synagogues and certain churches, we do not refer to them as “God’s chosen people,” although many Jews believe they are. Nor do we, when engaging a broad, diverse audience, casually proclaim, “Mary is the mother of God.” At risk of offending believers, we say, “Jews believe they are God’s chosen people” or “Christians believe Mary is the mother of God.” We can all engage with those statements — Christians, Jews, and others alike. We do this to avoid forcing non-believers into silence. We do this to lay bare a set of competing beliefs or interests so that we can subdue these conflicts or arrive at a compromise.

But today’s activist preachers do not say, “Many gender dysphoric men believe they are women” or “wish to be treated as women.” They thump their copies of I Am Jazz and insist that transwomen are a subset of women when we know they are a subset of men.

So as not to offend, we’ve gone along with this, submitting our pronouns when asked, like speeding drivers pulled over by cops we must then obey. (Kamala Harris happily supplies her pronouns in her Twitter bio.) In this way, we assent to the idea that there is no biological means of ascertaining them. And so we find ourselves backed into a world whose unreality unnerves us, divested of the tools we would need to protest.

Once we admit “transwomen are women,” we have no basis for denying transwomen access to women’s prisons. In places like California, male sexual predators who identify as women are gleefully housed with women. Our best female athletes are forced into unwinnable competitions with biological male athletes who, as we’ve already granted, are considered merely another type of girl — without almost any of us ever believing this. Women’s bathrooms and homeless shelters are flung open to a demanding population of biological men, while those too polite to demand truthful language find themselves unable to formulate reasoned objections.

In the public sphere, the lie is the harm. It does damage to our ability to communicate, to comprehend each other, to arrive at solutions or compromises. If it is relevant to point out that a person poised to enter a women’s-only space is a biological male, we must say so — feelings be damned— because this is a necessary precondition of any sensible discussion of the matter.

Women have been brutalized in jail by biological men who call themselves “women.” Superior female high school runners have been stripped of trophies and records for the sake of biological boys in the state of Connecticut. Girls have been photographed going to the bathroom by male voyeurs who had been permitted to enter the female stalls. All because the lies we swallowed committed us to more lies, and then we could not object, having lost the fixed point from which we might have made our stand. In the end, we managed to confuse ourselves.

None of this is to suggest, of course, that we shouldn’t treat transgender people kindly. On the contrary: it’s unconscionable not to. They are our friends, our neighbors, our family members, our coreligionists, and our fellow citizens. By all means, we should refer to individuals however they prefer in private or in direct communication with them. I do.

But in the public sphere, we must be sticklers for truth. Not out of callousness to others’ feelings, but in order to cleave to objective reality — and to protect the women’s rights that are slipping away. “Menstruators” or “bleeders” or “vulva owners” aren’t worthy of special spaces or protection. Creatures lowly as these hardly seem worthy of mention at all.

Abigail Shrier is a writer living in Los Angeles and author of Irreversible Damage: The Transgender Craze Seducing Our Daughters.