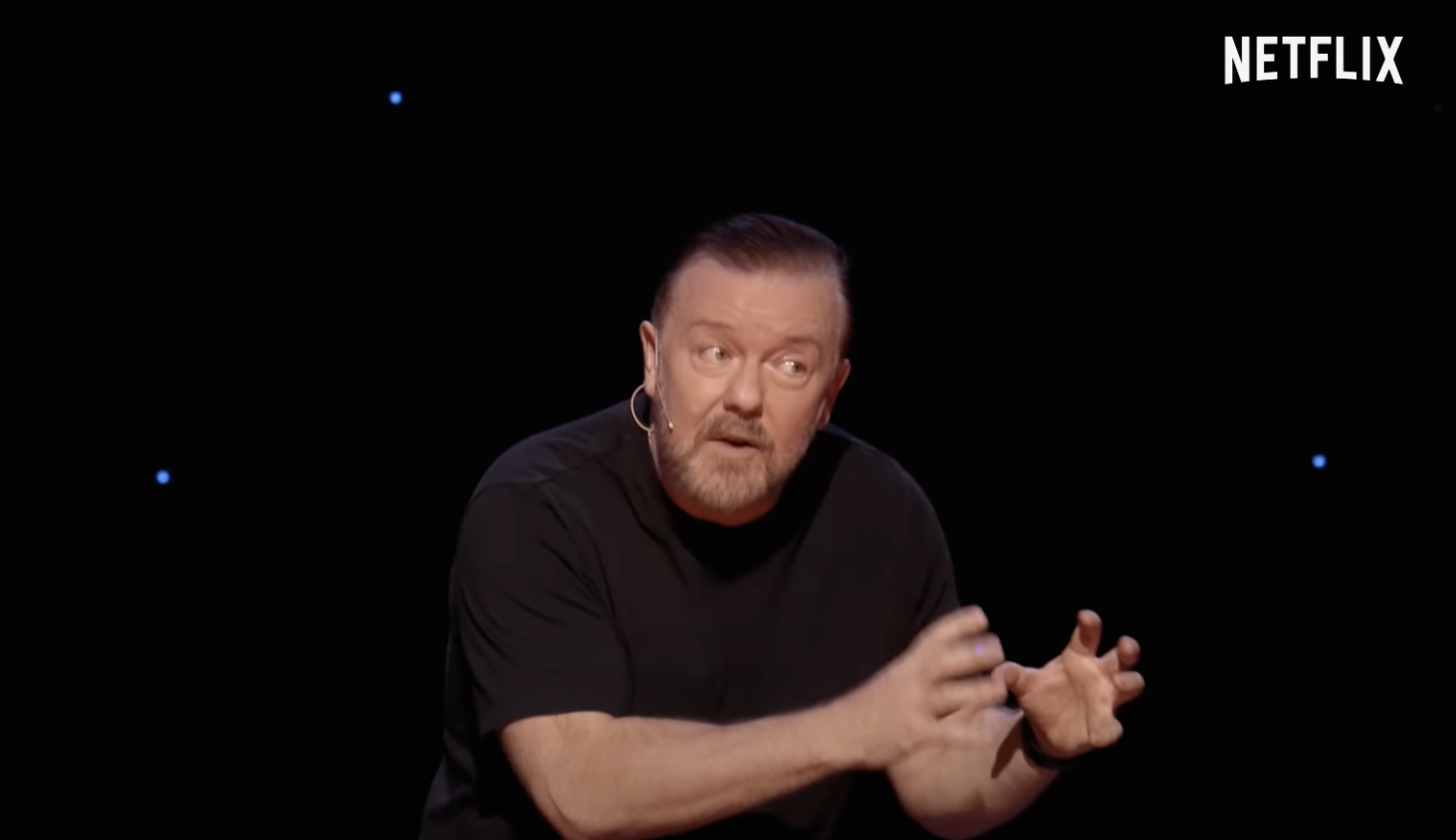 This isn’t a great week to be a transgender advocate. It’s also not a particularly good week to be a lousy establishment politician. I’m not saying it’s a great week for everybody else, but at least in one small sliver of the universe there is some hope for us normals.

In Indiana and Louisiana, for example, the state legislatures are acting to protect girls’ and women’s sports from the trans invasion, even despite opposition from the awful governors of the two states.

Indiana Gov. Eric Holcomb, who identifies as a Republican despite his suspect ability to pass for one upon close inspection, hasn’t been in the state this week. He’s in Davos to attend the World Economic Forum, an evil cabal of James Bond villains attempting to control the world with proclamations about resets and socialism, not to mention climate alarmism emanating from hypocrites as they disembark from private jets on Swiss runways.

But while Holcomb was off canoodling with the privileged Leninists like Klaus Schwab, more convincing Republicans in the Hoosier State’s Legislature just overturned his prior veto of legislation banning men from pulling a Lia Thomas. The IndyStar reports:

As promised, a lawsuit challenging the law was filed just minutes after the final vote.

The American Civil Liberties Union of Indiana filed a lawsuit Tuesday afternoon in the U.S. District Court for the Southern District of Indiana on behalf of a transgender 10-year-old and her mother. It asserts that prohibiting transgender girls from participating in girls’ athletics is discrimination on the basis of sex in violation of Title IX, and also represents discrimination on the basis of transgender status, as well as sex, in violation of the Equal Protection Clause of the United States Constitution.

The law, which Holcomb vetoed in late March, will take effect July 1.

Within hours of Holcomb’s veto, fellow Republicans began calling on lawmakers to overturn it. Republicans hold a supermajority in both chambers of the Statehouse but only need a simple majority to override a veto.

“This is a policy that we feel is appropriate,” said Senate President Pro Tempore Rodric Bray, R-Martinsville. “We don’t like to get the state of Indiana sued, but it happens from time to time.”

A poll not long ago showed that Indiana’s voters are in favor of the girls’ sports bill by a margin of more than 2 to 1:

65% of Hoosiers support legislation to save girls’ sports, while just 27% oppose it. Today the statehouse will side with Indiana voters and override the Governor’s veto!

One imagines that Holcomb’s Davos pals couldn’t be more dismissive of the will of the people of Indiana. That might not be fair to say of Holcomb; he’s just gutless and weak like his colleagues Spencer Cox in Utah and Asa Hutchinson in Arkansas, both of whom vetoed similar bills in the past year only to see their state legislatures overturn the vetoes.

In Louisiana it’s a little less sanguine story. Louisiana has a Democrat governor to go with its Republican Legislature.

A similar bill to the one in Indiana, which just got the green light over Holcomb’s objections, has been in the works in Louisiana since 2020. It went from being shunted aside two years ago to passing both houses of the state Legislature last year. But the bill, authored by Republican Senate President Pro Tempore Beth Mizell (R-Bogalusa), was vetoed by the “conservative” Democrat Gov. John Bel Edwards. And an attempt to override his veto passed in the Senate but fell two votes short of the required 70-vote two-thirds majority in the House.

Edwards justified his veto, which was an intensely unpopular position in Louisiana, by saying that Mizell’s bill was a solution in search of a problem. He said there were no examples of men invading women’s sports in Louisiana.

So far as we’re aware, Edwards doesn’t own horses, though he did build a chicken coop on the grounds of the state governor’s mansion (an item of persistent, low-level embarrassment to those who can spot it from I-110 as they creep by in Baton Rouge’s snarled traffic). Therefore, he might understand that taking measures to keep the fox out of the henhouse (or the horses in the barn) are appropriate in advance of nature taking its course.

Which presupposes that he acted in good faith in exercising his veto. He didn’t. He knew that the national Democrat Party — which is so in the thrall of the global elite and the radical Left that it trotted its doddering vote-thief-in-chief out to celebrate something called Transgender Day of Awareness a few weeks ago with an embarrassing, babbling speech — insists on compliance with trans advocacy and that, if he wants some sort of future in Democrat politics, this was the price to pay.

So he paid it, at the expense of the state’s female athletes and their parents’ peace of mind.

And then he twisted the arms of several Democrats and independents in the state’s House of Representatives who had voted for the bill in order to get them to switch their votes. Edwards succeeded, for a time.

But then, earlier this year, there was the Lia Thomas fiasco at the NCAA women’s Division 1 swimming championships, and Edwards’s argument was no longer valid. Because if it could happen in major college sports, nobody is safe.

And Mizell brought the bill back this year, and after the events of Monday, when the state Senate voted 32-6 to send it to Edwards’s desk (it had already passed in the House, 72-21), the governor is really in a vise now.

Conventional wisdom says he’s going to take a powder and neither sign nor veto the bill. It would thus become law without his endorsement.

He can’t do anything else. If he signs it, he’s dead to the national party bosses. If he vetoes it, he gets overridden and becomes a true lame-duck governor for the rest of his term (a new governor will replace him in January 2024), and, what’s worse, the Democrats in the state Legislature will either ignore his efforts to get them to sustain his veto or be marched off a plank for the state’s voters to play crocodile with them in next year’s elections.

But advocates of the bill now have the 68 Republicans (out of 105), at least one Democrat, and at least one independent committed to voting for a veto override. That’s enough for 70 votes and a veto-proof majority. Meaning the bill will become law this year.

There should be 50 states passing such bills. Now it’s a little more than a dozen. But the tide is turning.

It’s even turning in the entertainment business. Netflix, battling sagging subscribership by purging itself of social justice warrior employees and projects, just dropped a comedy special by Ricky Gervais in which the British comedian mercilessly roasts the trans crowd, and the usual suspects have lost what minds they have left over it.

Mostly because what Gervais says is hilarious. This isn’t safe for work, but if you can get through it without at least a chuckle you win the Old Stone Face trophy for the week:

🤣🤣 All hell is about to break lose. pic.twitter.com/grozKb6Rip

The Twitter mobs are all over Gervais and Netflix, just like they were all over Matt Walsh for his similarly hilarious children’s book, Johnny the Walrus, which shatters the logic of the trans movement in as light and friendly a manner as possible.

But not quite like one of them was all over Dave Chappelle. You’ve heard about Isaiah Lee, the unhinged moron who charged Chappelle on stage at the Hollywood Bowl because he was telling jokes Lee didn’t like.

Lee carried a weapon with him when he attempted to kill Chappelle (before the comedian and several of his friends delivered a massive beatdown to Lee). He said he was “triggered.” The weapon was a flip-knife that looked like a pistol. Chappelle joked in a guest appearance at a Columbus, Ohio, show starring fellow comedian John Mulaney that it was a “gun that identified as a knife,” and that caused even more outrage among the trans mob.

They’re always outraged. And we’re always tired of it. But despite the dishonesty of a John Bel Edwards and the cowardice of an Eric Holcomb, or the radicalism of the president’s fanatic handlers, the public is finally clawing back some space from the trans mob for sanity and free speech.

And that, amid all the signs of society crumbling around us as May turns to June, is a small thread of hope for us normals to hang on to.