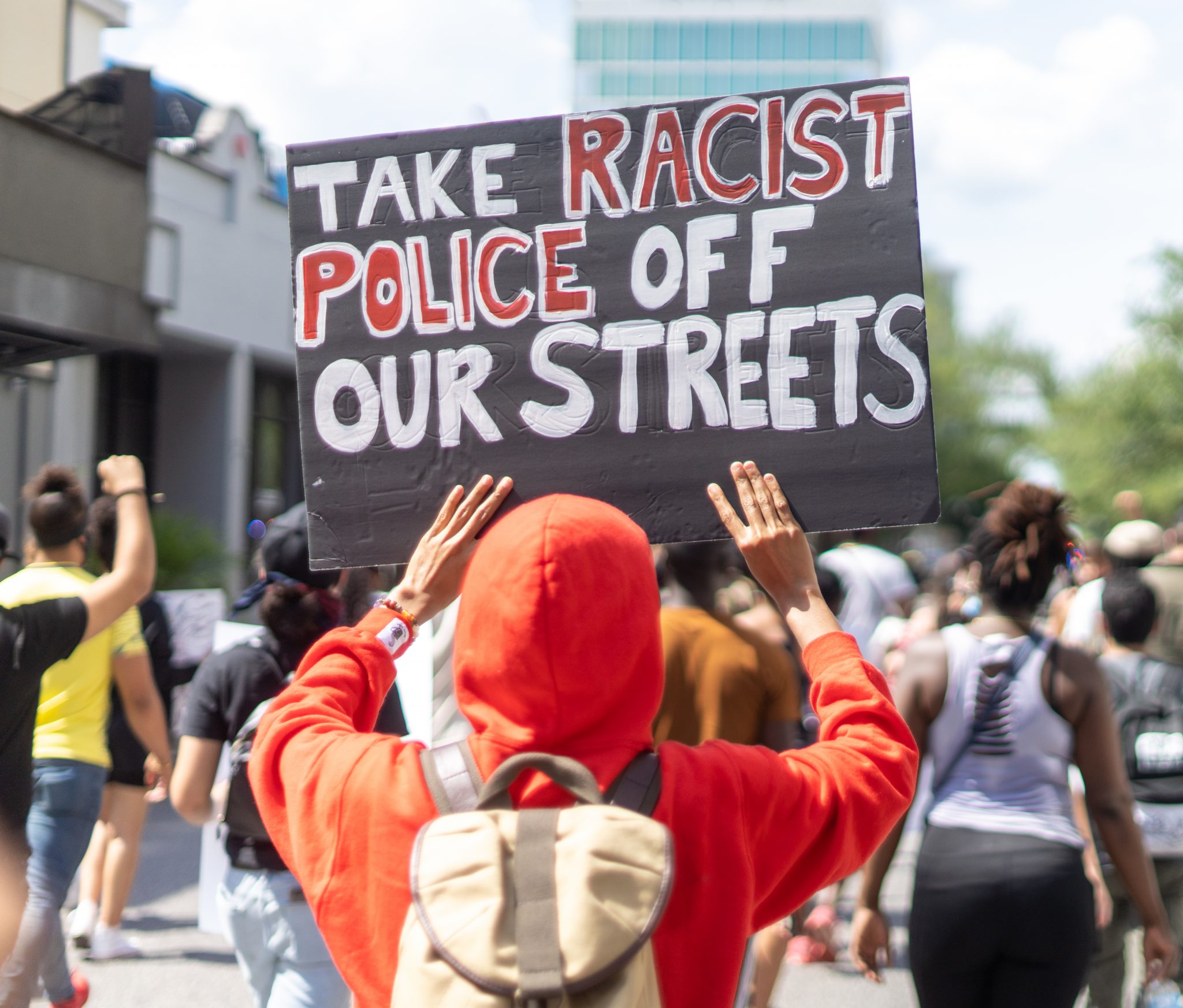 I told my daughter to make sure her two sons don’t get any toys, cars, costumes for Halloween etc. that have police on them. Both their Grandfathers were cops and I think that is where the family business should end. It is absolutely crazy what street cops have to put up with all day long as a result of this bulls***.

– Email from a friend

Last Wednesday, the attorneys for former Minneapolis police officer Tou Thao filed a motion that should have been headline news on the right side of the internet. Spoiler alert: it wasn’t. No surprise. For the past year, conservative media and political leaders have been shockingly quiet about the flagrant assaults on due process surrounding the death of George Floyd.

Feeling they had to say something about the Derek Chauvin verdict, the Republicans in Congress seemed to take their cues from Pontius Pilate. “I think the jury did its job,” said Iowa Sen. Joni Ernst all too typically, “and I would – I did not follow, of course, all the parts of the trial, but I would say that given the information they received, they did their job, and I guess I’m in agreement.” The sound of hands being washed echoed throughout Capitol Hill.

Thao was Derek Chauvin’s partner. A nine-year veteran of the Minneapolis Police Department (MPD), Thao is the son of Hmong parents who fled the communists in Southeast Asia only to find the commies’ ideological heirs dictating justice in the riotous streets of Minneapolis.

On the fateful night of May 25, 2020, Thao unknowingly helped trigger those mobs. While Chauvin and two rookie officers, J. Alexander Kueng and Thomas Lane, struggled with the huge and aggressively intoxicated Floyd, Thao — in the anodyne prose of the State complaint — “became concerned about a number of citizens who had gathered and were watching the officers subdue Mr. Floyd, and potential traffic concerns, and so the defendant stood between those citizens and the three officers.”

The complaint continues, “When one citizen stepped off the curb, imploring Chauvin to get off of Mr. Floyd, the defendant put his hands on the citizen to keep him back.” The words the “citizen” used to “implore” Thao and Chauvin include, “I dare you to touch me like that. I swear I’ll slap the f*** out of both of you.”

The State has charged Thao with two counts of aiding and abetting — one for second-degree murder, the other for second-degree manslaughter. He could be sentenced to as many as 40 years in prison for the crime of stopping a hostile crowd from attacking his fellow officers. In addition, he faces federal charges for civil rights violations.

In his motion, Thao established beyond argument that his trial will be, if anything, less fair than Chauvin’s. The motion deals primarily with alleged “witness coercion” by Dr. Roger Mitchell, a former chief medical examiner of Washington, D.C. The current chair of the pathology department at Howard University College of Medicine, Mitchell has served as chairman of My Brother’s Keeper DC, a program launched by then-President Barack Obama. He is a man of some influence.

Thao’s evidence is compelling. Reportedly, Mitchell subverted justice on two separate fronts. According to the motion, he threatened to write a disparaging op-ed about Dr. Andrew Baker, the Hennepin County chief medical examiner, if he failed to amend his initial autopsy findings.

As the only doctor to have examined Floyd’s body immediately after his death, Baker’s opinion mattered. His preliminary report “revealed no physical findings that support a diagnosis of traumatic asphyxia or strangulation.” This was a problem for the prosecution. Without a finding of asphyxia or at least neck compression, the State could not charge Chauvin and the other officers with second-degree murder.

According to Thao’s motion, Mitchell called Baker a second time to give him a heads up on the threatened Washington Post op-ed and warned him, “You don’t want to be the medical examiner who tells everyone they didn’t see what they saw,” adding that “neck compression has to be in the diagnosis.” To paraphrase Joe Biden, “Well, son of a bitch. Neck compression was in the diagnosis.” Apparently appeased, Mitchell never wrote the op-ed.

Mitchell was not at all coy about his second alleged attempt at coercion. A week after Dr. David Fowler testified in Chauvin’s defense, Mitchell wrote an open letter to the Maryland Attorney General Brian Frosh.

Mitchell called for an “immediate investigation into the practices of [Fowler] as well as the practice of the Maryland State Office of the Chief Medical Examiner (OCME) while under his leadership.” Fowler had served 17 years as Maryland’s chief medical examiner. Less than 24 hours after Mitchell posted the letter, Frosh launched a review. The media reported the story of Frosh’s investigation with borderline glee.

Argued Thao’s attorneys with good cause:

Dr. Mitchell’s accusations and spurring of legal fallacies creates a chilling effect for Mr. Thao and violates his due process rights in that it has become extraordinarily difficult to find medical experts who are willing to state that Mr. Floyd’s death was undetermined in fear of their professional reputation and licensure.

With only a few exceptions, the conservative media reported on this latest outrage as matter-of-factly as they had on the sundry other injustices that deformed the Chauvin trial. Their reticence has consequences. Feeling isolated and abandoned, police officers are now inclined to approach black suspects as gingerly as they would an unexploded IED. As my police friend says, “It is absolutely crazy what street cops have to put up with all day long as a result of this bulls***.”

The best cops do their jobs anyhow. Smart cops turn a blind eye to crimes committed by black people. The thugs have gotten the message, which accounts for the unholy surge in black-on-black homicides post-Floyd. That crime threatens to get worse. Veteran cops are overwhelming HR departments with retirement requests, and worthy new recruits are a scarcer commodity than brave congressional Republicans.

The problem goes deeper than finding good cops — much deeper. “It was a murder in the full light of day,” said President Biden of Floyd’s death, “and it ripped the blinders off for the whole world to see the systemic racism … that is a stain [sic] our nation’s soul.” Biden’s perverse condemnation of America represents more than mere “narrative.” It is the gospel of the Church of Anti-Racism, whose most revered martyr is now the late Mr. Floyd. (Sorry, Michael. Sorry, Trayvon.)

“We are all a part of George Floyd’s legacy,” said Vice President Kamala Harris, “and our job now is to honor it and to honor him.” House Speaker Nancy Pelosi was even more reverential. “Thank you, George Floyd, for sacrificing your life for justice,” said the deluded Pelosi shortly after the verdict. “For being there to call out to your mom, how heartbreaking was that. And because of you … your name will always be synonymous with justice.”

No religion has ever honored a less worthy — or willing — martyr. But then again, as Chauvin and his colleagues can attest, few other religions offer “sinners” neither justice nor mercy, let alone the hope of redemption. The Church of Anti-Racism works its dark magic through guilt and fear. Its evangelists have already intimidated corporate America and academia into silence. To challenge its theology or question its martyrs is to blaspheme, and blasphemy has already cost many dissenters their careers.

Conservatives cannot “guess” about how they feel. They need to educate themselves about this case before Chauvin’s sentencing next month and the federal trials of the four officers later this summer. If they do not speak up, no one will. And if they do not speak up now, the cost of blasphemy will only get higher.