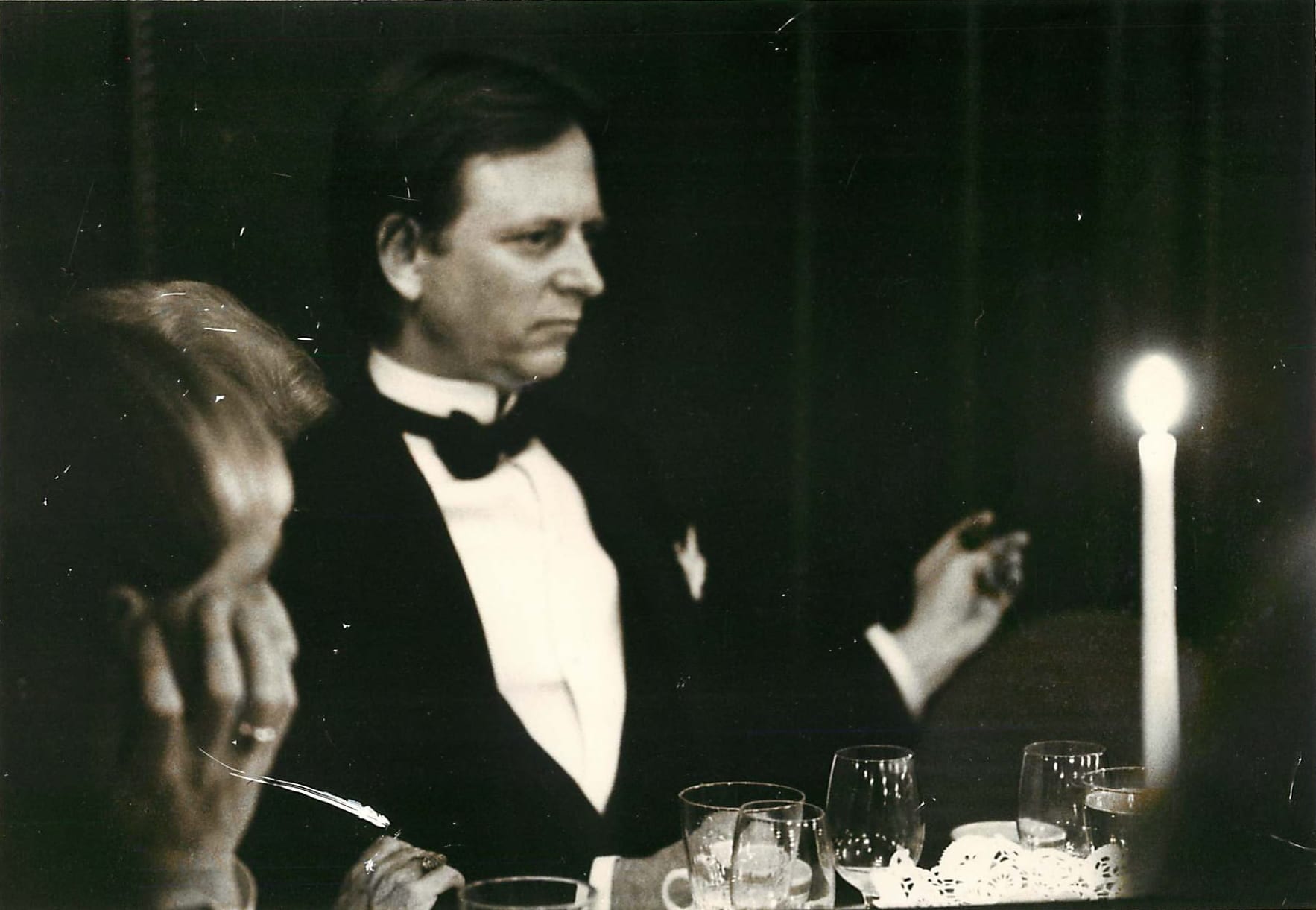 On May 14th a star failed to come out. Tom Wolfe passed away that day. With his passing the conservative movement lost its greatest social critic, and America lost one of its greatest novelists. As a writer Tom was his own man. He died as he lived, on his terms or at least as much on his terms as a man can have it.

I wish I was writing from my library in Virginia and I could repair to the Tom Wolfe section of my library to consult his oeuvre, but I cannot. I am in the foothills of the Apennine Mountains of northern Italy, and the food and the drink are constant distractions to say nothing of my sweet wife. I wish Tom’s books were all around me, but then I might sit down with them and never finish this memorial to him. His books are always engrossing, for me more so than any other writer. Reading them the memories would rush in. It was my good fortune to know him well. Once again, I would be lost in the artistry and the wit and the memories. I would never get this thing done.

The memories — they go back decades. Once I walked up an English hillside with Tom, single file, his incomparable wife, Sheila, and there were others. We were with Malcolm Muggeridge, and a coterie of eccentrics that included a nun in flamboyant garb who had been a showgirl in her grimmer days. I bet she could say #MeToo. Tom, of course, was walking along in his white suit and I believe white buck shoes, Malcolm in dreary tweeds, the background music was laughter. We all laughed about everything. Tom on the return train from the countryside called Malcolm’s retreat “a little bit of heaven” and answered questions about his recent book, The Right Stuff.

In those days Malcolm was deep into Christian spiritualism, and so on the train ride back to London I asked Tom about God. He was elliptical, cagey. Finally, he said he could not something or other “it.” “It” was the God-thing, and “something or other” was belief in God. He smiled resignedly, and we rarely took the matter up again over many decades. Tom had a vast far-reaching mind. His books reveal a man who thought about huge issue. Issues more enormous than almost any mere Ph.D. might contemplate, but somehow in the end he could not contemplate the creator of the universe. In his last year I did not get up to New York much, and so did not get to reopen our conversation about God. But Tom was a very good man, a gentleman who never hurt anyone UNINTENTIONALLY. My guess is God found a seat for him in heaven, a pretty good seat.

Tom, of course, coined more catchphrases to describe the phenomena of our time than anyone else: “the right stuff,” “the me generation,” “radical chic,” and “no hands art” to describe the imbecility of modern art, the art that takes no hands to create. Even in his eighties he coined these catchphrases. Again I wish I had my library at hand. His artistic gift was multifaceted. He had the eye of a great reporter, the tenacity of a great researcher, the sense of language of a poet. From essays, to novels, to formal writing he could write anything well. I served as his editor at The American Spectator many times. I say that I “served” because no one at the Spectator edited Tom Wolfe. As his editor I waited and waited. I coaxed and coaxed. Tom had to get everything right, every clause, every word, and he always did; but gad it took time.

Tom, along with George Will, has been the most gifted public speaker flying the conservative flag in our time. Sometimes the words he uttered were pretty provocative but always perceptive. I remember at a Spectator gala he was our featured speaker. Somewhere in the middle of his speech he uttered what, in official Washington, was heresy. He said that The American Spectator’s treatment of President Bill Clinton was more of an achievement than Woodward and Bernstein’s treatment of President Richard Nixon. Woodward and Bernstein had Judge Sirica on their side without whom their efforts would have been in vain. We had no Judge Sirica on our side, and our efforts ended in Bill’s impeachment. Might I add that Nixon was man enough to spare the country the ordeal of a trial? Bill was not.

I shall miss Tom Wolfe. He was a great writer and a great friend. He was a power onto himself. He died while I was on vacation in Italy. I wonder what he meant by that.