Hoo boy, today has been chock full of angst for Donald Trump supporters and haters alike.

First, there’s the Carrier decision that Sarah Palin calls “crony capitalism.” Megan McArdle also is upset and likens it to the GM bailout.

Next, another Trump cheerleader is vexed that The Donald might be negotiating with the House regarding immigration reform.

Sounds like the big sell-out is coming. Oh well. The voters did what we could. If Trump sells out, it’s not our fault. https://t.co/tdMpAuDaRI

More than a couple cheeky Twitter folks posted her book cover in response: 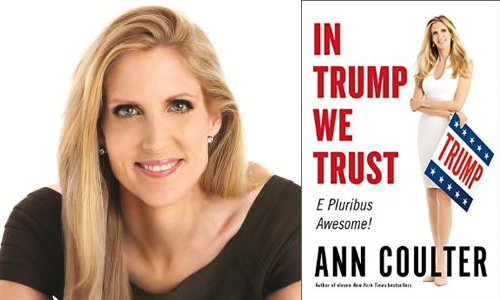 Finally, and potentially the most impactful thing President-Elect Trump did today: He called the President of Taiwan. American Presidents haven’t picked up the phone to Taiwan since 1979 when Richard Nixon adopted the “One China” policy which meant that he acknowledged that Taiwan was a province of China. To say there is gnashing of teeth and hair on fire doesn’t quite capture the essence of the talking head response.

The call, confirmed by four people, is believed to be the first between a US president or president-elect and a leader of Taiwan since diplomatic relations between the two were cut in 1979.

Although it is not clear if the Trump transition team intended the conversation to signal a broader change in US policy towards Taiwan, the call is likely to infuriate Beijing which regards the island as a renegade province.

Meanwhile, the White House reaffirms its “One China” policy.

Former Obama spokesman Bill Burton, of all people, said this:

Dear media, do you think a single American cares if China is mad about a phone call?

Uh-oh. I wasn’t even allowed to refer to the gvt “of” Taiwan. (I could say gvt “on” Taiwan.) China will go nuts. https://t.co/vJcBD2rika

It’s difficult to know what the upshot would be of Trump playing bad cop to Obama’s good cop. Do Americans even care if China is mad at us?

One commenter suggested seeing the sunny side:

I really hope China retaliates by repatriating all of its pandas. #MakeAmericanBearsGreatAgain!