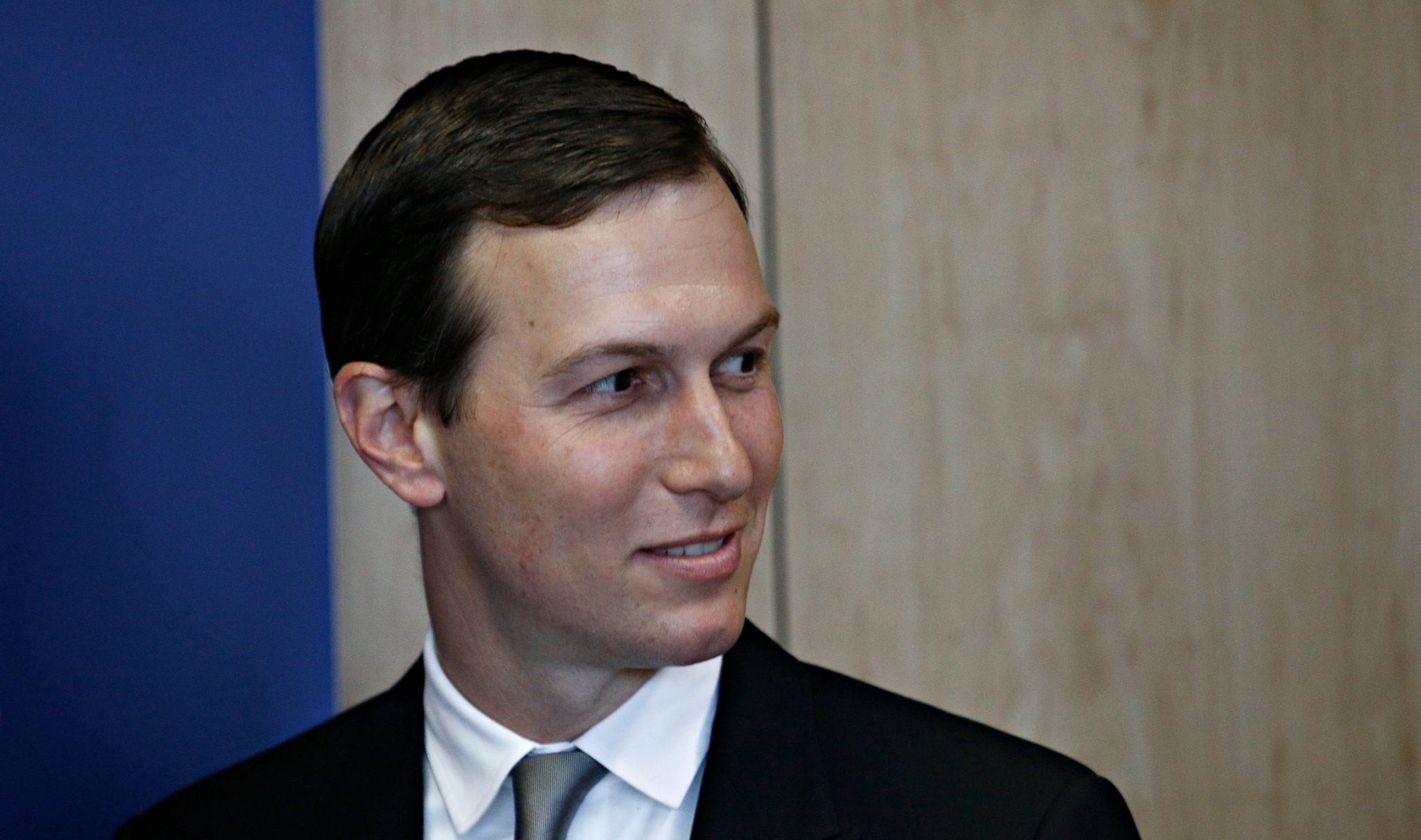 The problem is, yet again, obvious.

The Insiders of the Washington Beltway simply cannot abide Outsiders in the White House. Which is the only thing one needs to know in the recent round of attacks on Jared Kushner.

The senior adviser to the president and, yes, his son-in-law, is routinely targeted in the media for this or that supposed outrage. Recent example?

Kushner coronavirus effort said to be hampered by inexperienced volunteers

This story starts as follows, bold print for emphasis supplied:

The coronavirus response being spearheaded by President Trump’s son-in-law, Jared Kushner, has relied in part on volunteers from consulting and private equity firms with little expertise in the tasks they were assigned, exacerbating chronic problems in obtaining supplies for hospitals and other needs, according to numerous government officials and a volunteer involved in the effort.

About two dozen employees from Boston Consulting Group, Insight, McKinsey and other firms have volunteered their time — some on paid vacation leave from their jobs and others without pay — to aid the Trump administration’s response to the coronavirus pandemic, according to administration officials and others familiar with the arrangement.

The story goes on to discuss “a complaint filed last month with the House Oversight Committee.” Then it says this, bold print supplied for emphasis:

The complaint, obtained by The Washington Post, was submitted by a volunteer who has since left the group and who spoke on the condition of anonymity for fear of retribution from the administration. Key elements of the complaint were confirmed by six administration officials and one outside adviser to the effort, many of whom spoke on the condition of anonymity to discuss internal deliberations.

Jared Kushner’s Outsider status was “an advantage” — not a liability. It is exactly what enabled him to help construct the upset of all political upsets.

Jared Kushner is not of the Insider crowd. Gallingly, the Outsider president had the brass to appoint his Outsider son-in-law-turned-senior-White House aide to a role in dealing with the coronavirus task force.

Kushner, in turn, had the brass to bring in Outsider volunteers who have never worked a day inside the Beltway — and worse to put some of them in positions of authority over the Beltway Insiders.

So what for the angry Washington Insiders to do? Why, what else? Go to their fellow Beltway Insiders at the Washington Post and New York Times to sit down for an axe-grinding story ready for leaking — anonymously, of course.

Once in print? Cue the editorializing, in this case from Karen Tumulty. The headline:

Save us all from Jared Kushner

This gem of Insiderism begins this way:

Whenever a member of the Trump family gets involved with a project, it is always smart to keep an eye out for the grift.

We might have hoped that a pandemic that has already cost more than 70,000 Americans their lives would be an exception to this rule. But no. President Trump’s decision to again put his unqualified son-in-law, Jared Kushner, in charge of a team charged with a vital national security interest — this time, procuring crucial supplies and protective equipment for hospitals and others on the front lines of fighting the coronavirus — is producing the usual results: incompetence and cronyism.

Then the Post columnist gets right to the real reason for the outrage, bold print supplied:

Both The Post and the New York Times report that Kushner and a small team of inexperienced volunteers from the private sector have overridden career officials at the Federal Emergency Management Agency and are making a deadly crisis even deadlier with their amateur-hour bungling. The two newspapers — which no doubt will be denounced by the White House as “fake news” — based their accounts on a whistleblower memo written by one of the volunteers and interviews with government sources familiar with the effort.

And over at the Times? The visceral Trump-hater Michelle Goldberg was ahead of the game with her Insider cue. Her headline:

Even now, it’s hard to believe that someone with as little expertise as Kushner could be so arrogant.

But a couple weeks later there was this headline in the Western Journal:

New York Gov. Andrew Cuomo, who recently berated the Trump administration amid claims that the state would need thousands more ventilators to deal with COVID-19, is now giving some of them away because they are not needed in New York.

In other words, Jared Kushner was right. Not that you will hear any of that from Michelle Goldberg.

Collectively all of this is the predictable Insider yada yada yada.

The real point of these latest rounds of Kushner attacks amounts to this: Only those of us Insiders know what we’re doing and how dare Outsiders come in here, take charge, and tell us what to do. How dare they? Worse, how dare they be right! We’ll show them! We’ll go to the Post and the Times! We’ll run to Pelosi’s Democrats on the House Oversight Committee!

There is particular animus from Insiders directed at Kushner because, too late, they realized after the 2016 election he and Team Trump had run rings around all the professional Insiders who were already measuring the Oval Office drapes for the Hillary presidency. Particularly infuriating were assessments of Kushner like this one post-election from Forbes magazine.

Just as Trump’s unorthodox style allowed him to win the Republican nomination while spending far less than his more traditional opponents, Kushner’s lack of political experience became an advantage. Unschooled in traditional campaigning, he was able to look at the business of politics the way so many Silicon Valley entrepreneurs have sized up other bloated industries.

Got that? Jared Kushner’s Outsider status was “an advantage” — not a liability. It is exactly what enabled him to help construct the upset of all political upsets. Now the Outsider has an office a few steps from the Oval Office and has been tasked with all manner of major league assignments, assignments that he has, to the further anger of the Insiders, conducted with efficiency and serious professionalism.

All of which puts the lie to the self-assigned importance of the Insiders.

And all of which makes him the target for the Insiders.

In short, Jared Kushner is exactly the right person in the right job at the right time.

And, as with that understanding of exactly what New York would really need with ventilators illustrates, he is doing that job magnificently.