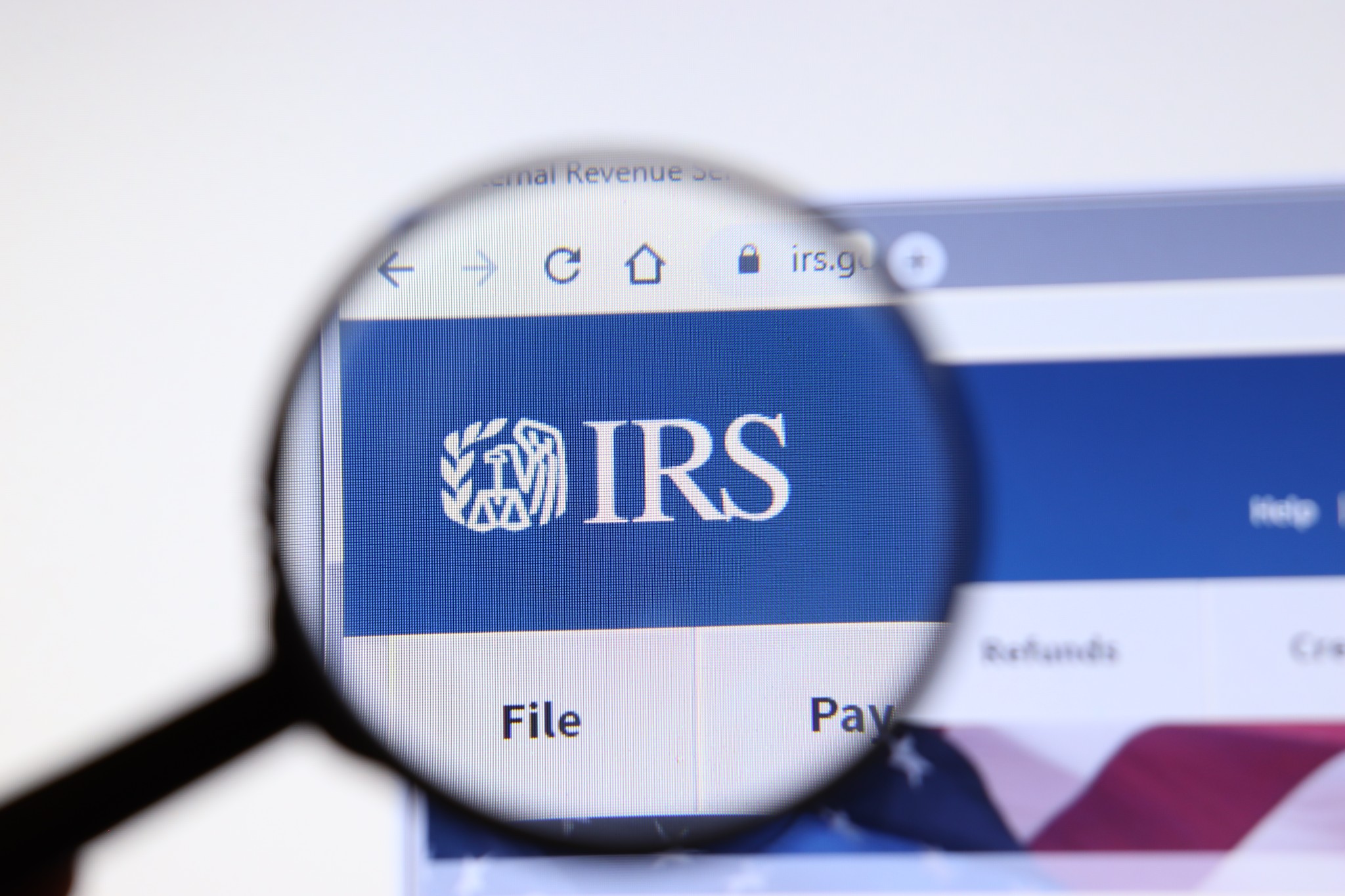 Over the past 50 years, the United States has been moving from a high-trust society to a low-trust society, a trend with really bad effects on social cohesion. The federal government’s actions are a major cause of that decline. So is the behavior of big businesses.

Keeping faith with others is basic to civilization. A government filled with suspicion does not earn the goodwill and affection of its people. Rather, it becomes an enemy in their eyes. The people’s disaffection increases the leader’s own mistrust. And so it goes, around and around, mistrust deepening at every turn of the circuit.

A good example is taxation. The American income tax system has depended to a large degree on the willingness of people to fund their own government.

Compare this to Italy in the ’80s, where distrust brought a very large percentage of the economy underground and off the books.

This became a positive feedback cycle. People vote with their business behavior on the trustworthiness of those who make and enforce their tax laws. The resulting paucity of collected revenue drives politicians to raise taxes further to cover expenses, bringing about an even greater diminution of faith and participation in the above-ground economy.

In particular, the government will increase spending on police, employing ever harsher enforcement to substitute for the trust that they realize is gone and which they have no clue how to restore — or no desire to do so.

Ever-larger dependence on enforcement requires ever-larger amounts of money to be exacted from the people whom the government mistrusts and who themselves distrust their government. This feedback cycle creates a sinkhole of money. In addition, the energy of the people must be diverted in order to overrule what they want, further lowering their desire to cooperate and fortifying their distrust.

The 100 percent partisan reconciliation bill, referred to by its backers, without a hint of irony, as the Inflation Reduction Act, included a $70 billion meth injection into the IRS. This includes some nice new open hires for pistol-packing agents. Never knew tax work could be so exciting, did you? (READ MORE: The Inflation Reduction Act: An Orwellian Abomination)

Revenue statistics from the 20th century regularly show that when taxes are reduced, cooperation increases. In addition, revenues increase as a percentage of the total wealth production. (See this classic article by Alan Reynolds in the Wall Street Journal from 2011.)

When there is no trust, people retreat further and further away from each other, and their society becomes hollowed out.

Cooperation is built on trust, for when there is trust, people willingly look within themselves to find greater sources of energy. This turn to self-discovery and a chosen devotion to trusted partners brings the deepest sort of personal satisfaction. That satisfaction can be found in no other way.

The Book of Proverbs teaches that one who hates gifts will have real life. The rabbis of old spoke of things given to us by others as “the bread of shame” and advise us to make the holy day like a weekday rather than depend on others to provide for one’s needs.

One might think that the tradition is against helping others — but that thought would be wrong. Charity isn’t even called ‘charity’ in Hebrew — it is rather called tsedaka — righteousness, or gemilut chasadim — acts of kindness. It is clear from the terminology before even getting into the extensive literature that the view towards giving to others is extremely positive. It is not only encouraged in Jewish law but required. To not realize how everyone’s humanity is lessened when others suffer deprivation is a cardinal moral failure. It was the trigger for the destruction of Sodom and was even more destructive than Sodom’s legendary sexual perversity.

But the tradition recognizes as well that the greatest thing one can share with another is dignity. One should give to others in a way that preserves their dignity, so, for instance, it is ruled that it is better to give anonymously, double-blind, so no one feels that they are being shamed or that they are shamers. The ultimate level in giving, writes Maimonides in his law code, is providing someone with employment or with a loan to set up a business. Offering opportunities indicates that the recipient is deserving of trust and can be a partner in the work for mutual benefit that characterizes civilized life.

For if the issue of trust is not integrated within our giving initiatives, we leave ourselves naively open to a problem that can undo all the good that our giving is meant to do and what we need it to accomplish.

The problem of freeloading pervades nature and human society. We are wary of those who only take and do not give, who are adept at getting others to put out the energy that they themselves withhold from giving. To ignore that valid fear is to go against nature itself. It is what makes slavery so viscerally repulsive and vile. It destroys trust.

When there is no trust, people retreat further and further away from each other, and their society becomes hollowed out. Soviet Russia’s inability to feed and house itself testified to the ultimate hollowness of its power — those who could have made it thrive, within the country and without, were instead terrorized. Brittle and empty at its core, its sudden collapse was both startling and spectacular.

This dynamic is true of all powers that discard trust. The hollowness at the center of the Nazi tyranny was concealed for a while by the only thing that held its system back from collapse — the serial plundering and enslavement of populations and nations. But it could not match the economic might of free peoples, nor understand how those free peoples could trust the Soviets enough to ally with them for the supreme end of cleansing the world of Hitlerism.

That mighty alliance brought both triumph and tragedy, as Churchill observed. Yet its message speaks to the power of trust, for the degree of coordination that Churchill and Roosevelt elicited from Stalin the arch-paranoid was what bled the Nazi war machine dry.

A constitution, as the English constitutional scholar John Selden would remind us, is the conscious acknowledgment of how our faithfulness makes possible the kind of nation we willingly support. No amount of brilliance can substitute for this willingness of people to deliberately and consciously dig deeper within themselves.

The brilliance that so entrances today’s doomed elites is a hollow thing, a crust over an empty core. It inspires no more loyalty than a Ponzi scheme. It reduces its devotees to the quick coup, the secret deals of fellow hollow people, concocted to dazzle, deceive, and so control all those people whom they do not trust. One brilliant, hollow plan after another pours out, requiring ever-more enforcement in more and more areas of life until all is frozen and static and empty — a full entropic end of the dream of freedom and self-government in which these brilliant people have lost their faith.

And, of course, they have no faith that the people will understand their loss of faith, and so they conceal it. And so the entire political atmosphere is fouled with the active rot of this distrust.

The remedy for this disease is within each of us and depends on no one else. There is no guarantee that any individual act of trust we make will be decisive or victorious. But, surely, each act of trust is an investment in our future self in a world that needs our every contribution. The deeper the source of that contribution, the better.

Most importantly, we need to see that giving in a way that builds trust and human dignity is the only way to immunize our concern from the disease of freeloading that always destroys trust, razes its accomplishments, and poisons the hopes that express our best aspirations.

To the degree that America has succeeded — which is very considerable — it is because it has integrated mutual concern with a vision of personal freedom. The two go together; they cannot succeed apart. Their model was good though their work was incomplete, as it needs us to carry it on. But the signers of the Declaration left us an example to emulate as we carry forward their dream, even as we make it ours. They wrote, “We mutually pledge to each other our Lives, our Fortunes and our sacred Honor.” To keep faith with what they bore into the world, we can do no less.