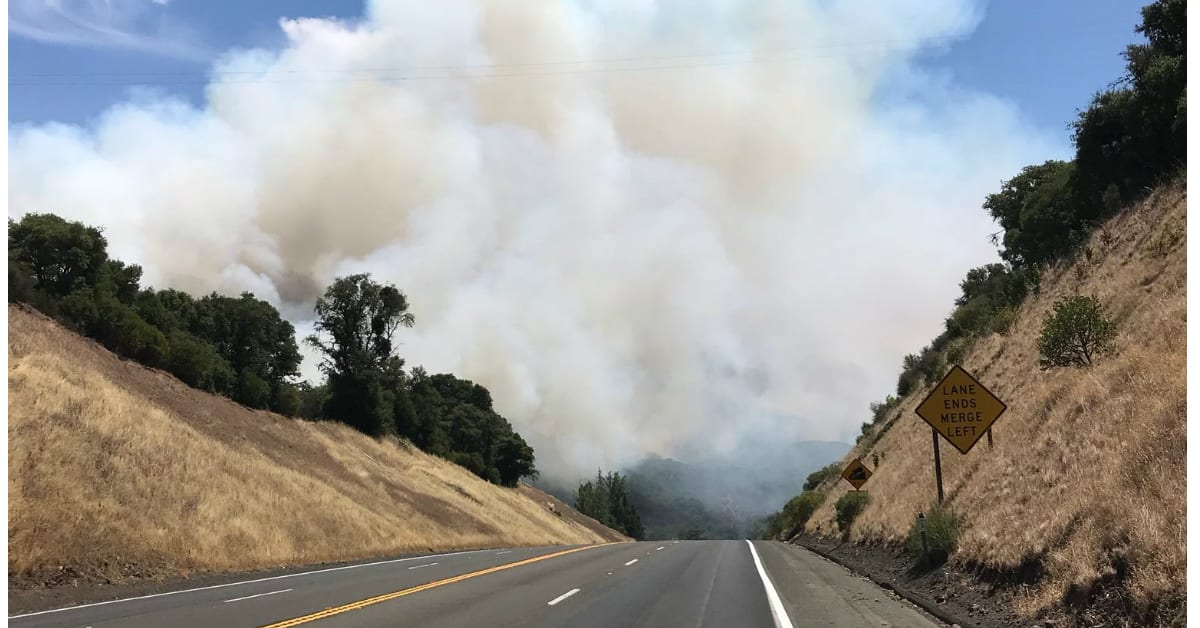 During one of my first fire seasons in Southern California nearly two decades ago, my neighbors and I received a notice from the county fire department warning us to keep our lawns cut and watered and to clear vegetation away from around our houses. We all had a vested interest in not having our properties burnt to a crisp, so we maintained them pretty well. But the notice caught my attention because my street backed to undeveloped acreage, which was the county’s responsibility to maintain. The dried weeds were as tall as corn stalks, thus leaving fields of tinder.

On behalf of my neighborhood, I contacted the fire department. Nothing happened. I stopped by the firehouse. No one ever showed up at our neighborhood. I called the county’s weed abatement agency, which assured us they’d handle it (but never even asked for the address). I made many calls to the fire department’s offices, but to no avail. Finally, I called my county supervisor and within 24 hours the property was crawling with fire officials. Within a week, the property was cut thanks to getting a powerful elected official involved.

This story is a reminder of how government “works.” It has many well-paid employees. (Los Angeles County fire captains and battalion chiefs can earn total compensation packages that top $600,000 a year. The median county and city firefighter compensation in California is just under $200,000 a year.) It has no “customers.” It is adept at handing out notices and fines, but has no incentive to properly manage its budgets or property. It rewards bureaucracy and inaction. The only way to get it to do anything constructive is to apply pressure from politicians.

I think of this story as so much of California is burning. The Mendocino Complex fire in northern California is now reportedly the state’s largest fire in history. Fire season seems to drag on longer than ever. Downtown Sacramento lately has resembled those smog-choked Chinese cities as a cloud of ash and dust has forced people to stay inside. It’s serious stuff, yet most observers are ignoring some of the causes for the problem.

Donald Trump recently tweeted the following: “California wildfires are being magnified & made so much worse by the bad environmental laws which aren’t allowing massive amounts of readily available water to be properly utilized. It is being diverted into the Pacific Ocean. Must also tree clear to stop fire from spreading!” As is typical, he got some of it right but enough of it wrong to keep his critics busy. There’s plenty of water to fight fires, even though the state’s overall water policy leaves much to be desired. But some environmental laws clearly have impeded firefighting efforts.

“It’s unclear exactly which ‘bad environmental laws’ Trump is referring to,” explained a CNN report. “Experts assume he’s talking about the age-old fight for water rights in California, which pits farmers in the state’s conservative Central Valley against big cities and against environmentalists, who want to see some water left in rivers and streams to support populations of salmon and wildlife.”

Actually, it’s not that hard to find the laws he’s talking about. California’s nonpartisan watchdog agency, known as the Little Hoover Commission, released a report (“Fire on the Mountain: Rethinking Forest Management in the Sierra Nevada”) earlier in the year that echoed some of these points: “California’s forests are reaching a breaking point. Poor management policies that interrupted the natural and historical cycle of fire, combined now with a changing climate, have led forests vulnerable to disease, insects, catastrophic fire and drought.”

A Wall Street Journal editorial, which referenced the report, noted that “Nearly 130 million trees in the state have died from drought, providing fuel for fast-spreading fires, and about half of the state’s 33 million acres of forestland needs restoration.” Instead of better managing the state’s forests, the editorial noted, the Brown administration is moving forward with a bullet train that could cost $100 billion. Our government — every government — has odd priorities.

As an aside, CNN’s reference to environmentalists, “who want to see some water left in rivers and streams…,” is ludicrous. In reality, government officials were — in the midst of the drought — draining water supplies that served cities and agricultural customers to preserve a handful of hatchery fish. It’s not that non-environmentalists don’t want to leave any water in the streams, but that environmental activists are unwilling to let human needs ever surpass wildlife priorities.

Once again, it’s a problem of government management of resources. It’s the old “tragedy of the commons” situation. When everyone owns a resource, no one owns it. There’s no profit motive, so no way to measure its productivity. With the fires raging, the Left has targeted its usual bogeyman of urbanization. Human beings — and not just those particular humans who are mismanaging the public’s resources on behalf of government agencies — have to be to blame.

During last year’s wildfires, Vox’s Umair Irfan noted that, “Deliberate decisions and unintended consequences of urban development over decades have turned many parts of the state into a tinderbox.” But the article also quoted a Cal Fire spokesperson who said that “95 percent of the population of the state lives on 6 percent of the land.” We’re a state of nearly 40 million people who have to live somewhere. People already are crammed into a tiny portion of the state’s acreage. Growth controls have sent the cost of living into the stratosphere, yet the Left wants to make it even more difficult to build anything. (And the state’s Democratic leaders want to bail out the politically powerful regulated utilities who are responsible for some of the damage from past fires.)

As the fires raged, tempers flared in the state Capitol during a budget hearing that touched on the hours-long lines that are now common at Department of Motor Vehicles offices. State officials blame the new federal REAL ID standards for the mess, but officials knew that law was coming for years and they also were granted $23 million in additional funds two years ago, but only recently started offering longer hours. At this week’s hearings, the current DMV head promised to fix the situation ± if the state gives it another $26 million.

This is government. It’s how all government works. Please consider that fact before calling on government to do anything else.