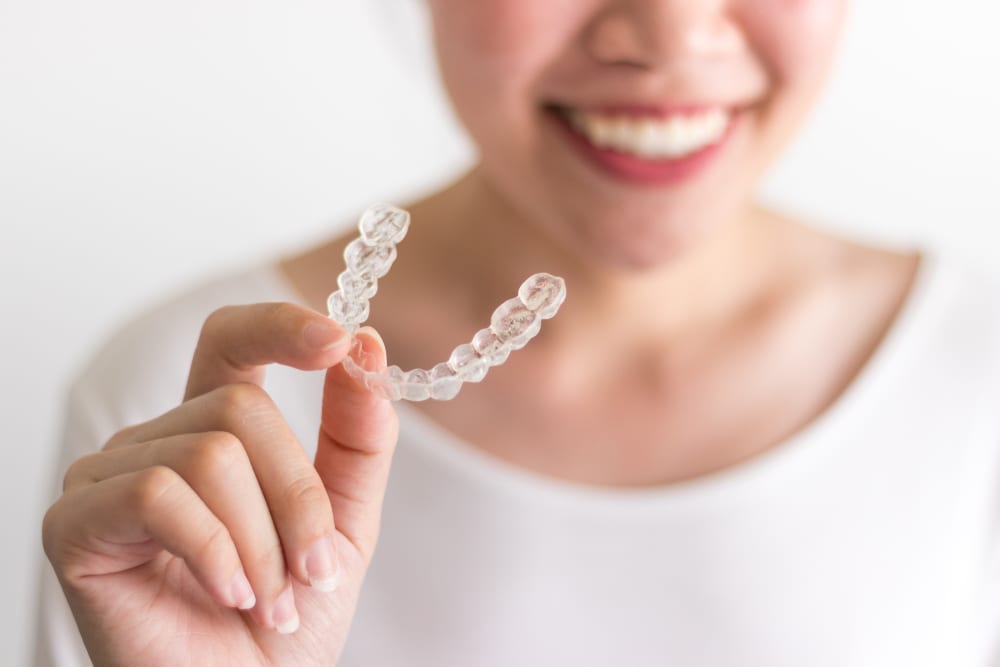 This spring my 15-year-old got Invisalign to straighten her teeth. We didn’t feel they “needed” as much work as those of her older sister, and were therefore disappointed to learn it would cost the same regardless. “Why weren’t there lesser-work/lesser-cost options?” we wondered.

After a week or so, our orthodontist contacted us offering to knock off more than a quarter of the price, for her two younger sisters as well, when their time comes. Also lowering our out-of-pocket was insurance, which picked up about a third of the tab.

As any consumer, I’m happy to pay less whenever possible, but why was insurance involved here?

In the process of having risks mitigated, insurance customers are absolved of personal responsibility and fiscal discipline.

At its core, it’s meant to protect us from financial ruin in case of an emergency — “in case sh*t,” as Chris Rock once famously put it. Somewhere along the way, that purpose became muddled. According to business and financial historian John Steele Gordon, that was about a century ago.

Hospitals, “expensive to operate” on “relatively fixed costs,” started offering insurance as a way to “improve cash flows.” With that came a primary reason for the subsequent inflation: the third-party payer.

To be sure, technological improvements in medical procedures, innovations in medicinal treatments, etc. have contributed to the price pressures. But as always in a free market, that phenomena attracts competition, causing prices to reverse direction. This assumes of course that the consumer knows the true cost.

When was the last time you looked at an (itemized) receipt from your doctor? Sure, you know of the $20 or $30 or $50 copay you usually owe. Your plan might not even require a copay, and that’s part of the problem.

Some folks are fine with that. Who likes “sticker shock?” I don’t, but it’s medicine we should take when purchasing goods or services. Being relieved of that knowledge is expensive to society at large.

Just like anyone else that provides a service, when demands on doctors’ time increase, their prices go up. While competition is still likely to appear, the prices don’t necessarily come down because that signal has been distorted. Insurance still pays, but since increasing costs by itself is not a sustainable business model, they charge more in the form of premiums.

The good news is that this portion of the inflation could be remedied fairly smoothly.

An initial visit to my own doctor without insurance is $150, and $80 from there on out. That would very likely go down the more doctors join the trend of cash-only, no-insurance practices. The bad news is that it might not even be the biggest culprit of higher prices overall.

In recent years, doctors, and even some hospitals, have found notable discrepancies between what it actually costs to perform some surgeries and how much the final tally is once insurance gets involved. Not only is it sometimes on the order of one-fifth of what insurance bills, but there’s more profit for the doctor when totally eschewing third-party payers.

All this is not meant to cast aspersions on insurance companies. They’re in business to make money, and there’s nothing wrong with that. But in the process of having risks mitigated, insurance customers are absolved of personal responsibility and fiscal discipline.

We have to purge ourselves of the mentality expressed in how Chris Rock finished his thought: “If sh*t don’t happen, shouldn’t l get my money back?” It was funny because many of us feel that “I’ve paid into it; I’m going to get some benefit.”

It’s not much of a stretch from there to the flawed notion that we have a “right” to health insurance. If we don’t disabuse ourselves of the belief that we have a claim on the property, time, and labor of others, we’ll eventually lose control over that of our own.

Insurance is a service provided to make us whole in the event of something unforeseen: if our house catches fire, if our car is totaled, if we have a medical emergency. It’s not meant to pay for braces.

Between the time of our orthodontist’s initial quote, and when he came down from there, I discovered he has more than a few competitors within a mile radius. It’s almost as if an invisible hand guided us to an equally beneficial agreement: we pay less, and he keeps four customers.

If we could extract insurance from the additional layers of employer and government and shop for it ourselves, while at the same time weighing the relative importance of an elective medical procedure versus a boat or home makeover we have our eye on, that same phenomena would no doubt suck a lot of the air out of current health-care prices. Society overall would benefit.