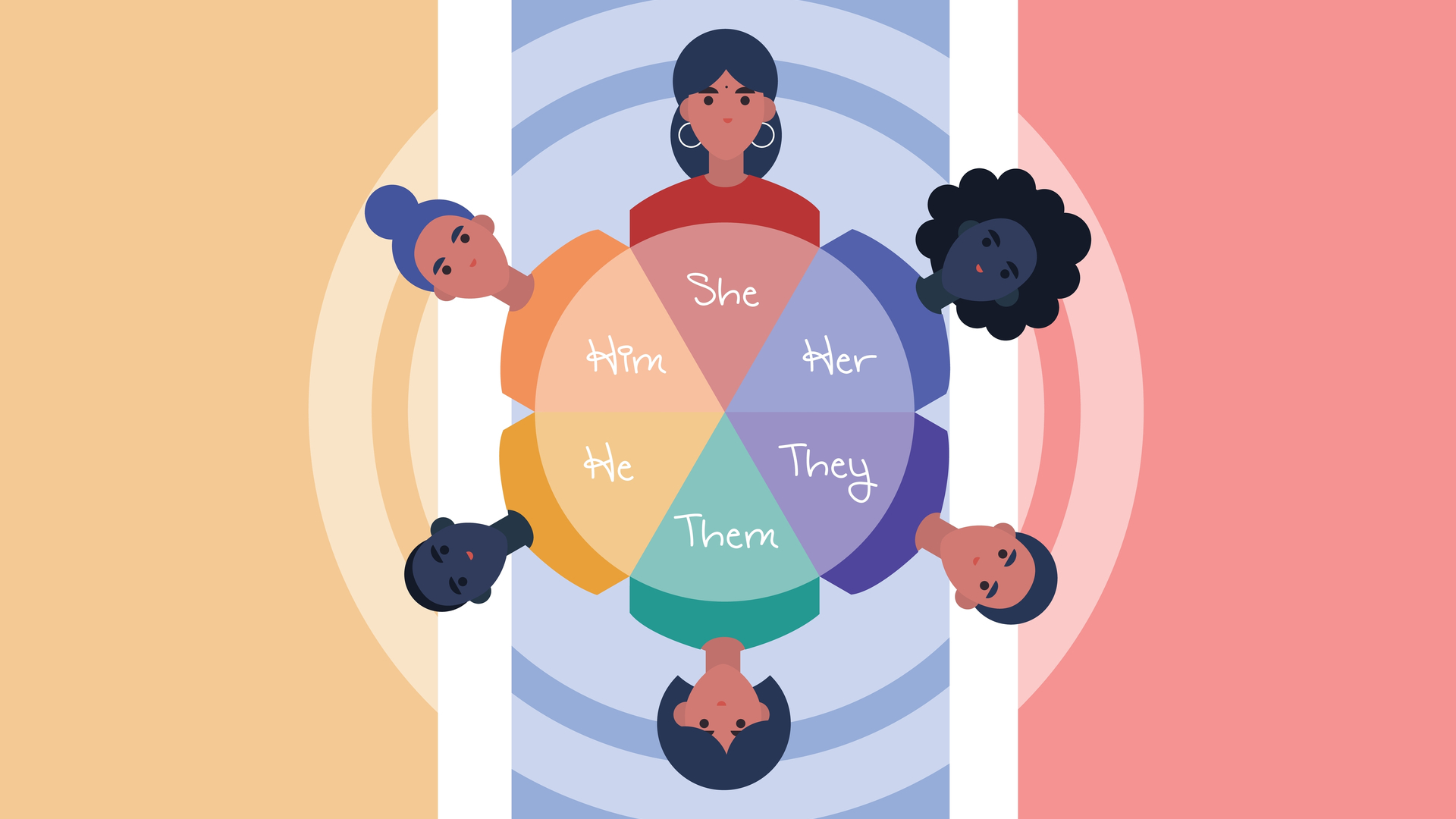 My old friend Quin Hillyer made an excellent point in a recent Washington Examiner op-ed. Today’s gender confusion — from female “actors” to male “expectant mothers” — has set heads spinning, and not just for the physical impossibility of that which the Left now calls commonplace. (Sorry, but no matter how hard the Human Rights Campaign screams, males cannot ovulate, and females cannot sport erections.) Even for those who capsize things that were commonplace just three years ago, the gender-fluid crowd’s war on the English language torpedoes clear communications.

Hillyer highlights the tyranny of “they” — the inclusive, welcoming word that, according to the Left, avoids the sexist, patriarchal cruelty and sheer barbarism of using “he” as the indefinite pronoun. For example, “If someone sips arsenic, he will die.”

Also banished is the clunkier but still relatively fathomable “he or she”: “If someone drinks hemlock, he or she will die.”

Instead, epitomizing today’s neo-Enlightenment thinking, the approved term is “they.” This bypasses the misogynistic “he” and problematic, gender-binary “he or she.” After all, who are we to say that there are only two genders? As if!

So, here we see the beauty, justice, and — dare I say it? — truth inherent in “they”: “If someone knocks over a barrel of cyanide, they will die.”

Now wait a minute. Does this refer to one clumsy person dying alone after he, I mean they, triggered a horrible industrial accident? Or does “they” include an entire factory of 350 workers who perished after cyanide got vacuumed into the ventilation system and wiped out every employee on the premises?

Answer: Who the hell knows?

Hillyer cites a caption in the Mobile Register, his hometown newspaper in Alabama. As he explains:

Beneath a picture of what looks like a boy and his father, it says (with my emphasis added): “Granbury (Texas) High School junior Lou Whiting, 17, rests their hands on ‘This Book Is Gay’ by James Dawson during a public inspection of books designated for removal at the Granbury school district administration building. Above, she looks over books with their father, David Whiting.”

“Huh?” Hillyer wonders. “How can an individual boy be both a ‘she’ and a ‘they’ in the same sentence?”

That, Quin, is how quickly gender can change.

Hillyer delineates how this meticulously woke caption “violates journalism’s cardinal rule insisting on clarity for the readers’ sakes.” He continues, “When a reader is required to do a triple take and some major forensic-linguistic sleuthing before discerning to whom and to how many people a sentence’s subject is referring, that’s horrid journalism.”

Indeed, this caption recalls the Playbill listing for a performer in A Strange Loop, an excruciatingly sensitive gender-gymnastics musical now on Broadway. Understudy Edwin Bates’ pronouns are “he/her/they.” Try to wrestle that into a sentence.

As fine as Hillyer’s op-ed is, he gets no closer than anyone else has to unraveling one of the most enduring mysteries that the gender-benders have created: Why use “they” when the hes who are hes are happy to be hes, the shes who are shes are delighted to be shes, and the hes and shes who “identify as” the opposite gender are thrilled to adopt their (in the traditional sense) new personae?

Naturally, nothing spells inclusion more than exclusion. Or, as a gender-free Disney spokes-Homo sapiens told CBS News: “It’s part of a broader effort…. It’s not about one or two things.” (READ MORE by Deroy Murdock: Democrats Deserve to Be Completely Destroyed in Upcoming Elections)

Circling back like a boomerang on the tyranny of “they,” consider this: If Jack thinks he is a girl, fine. That is her prerogative. But if it is their prerogative, then does this involve Jack and … Jill? Jack and Diane? Two other kids growing up in the heartland?

Actually, no. We simply refer to Jack and only Jack’s prerogative. So, it sounds as if we’re discussing at least two people. But it’s actually just one.

And if Jack wants to be a she, why not own it and be her? Why use “their”? Is Jack not sure if he is a she? Maybe by using “their,” Jack can ride the fence between him and her.

Also, if Jack is that confused about who s/he is, then why must we worsen this pandemonium by sailing the English language onto the rocks?

This is giving them a headache. And by them, I mean me.