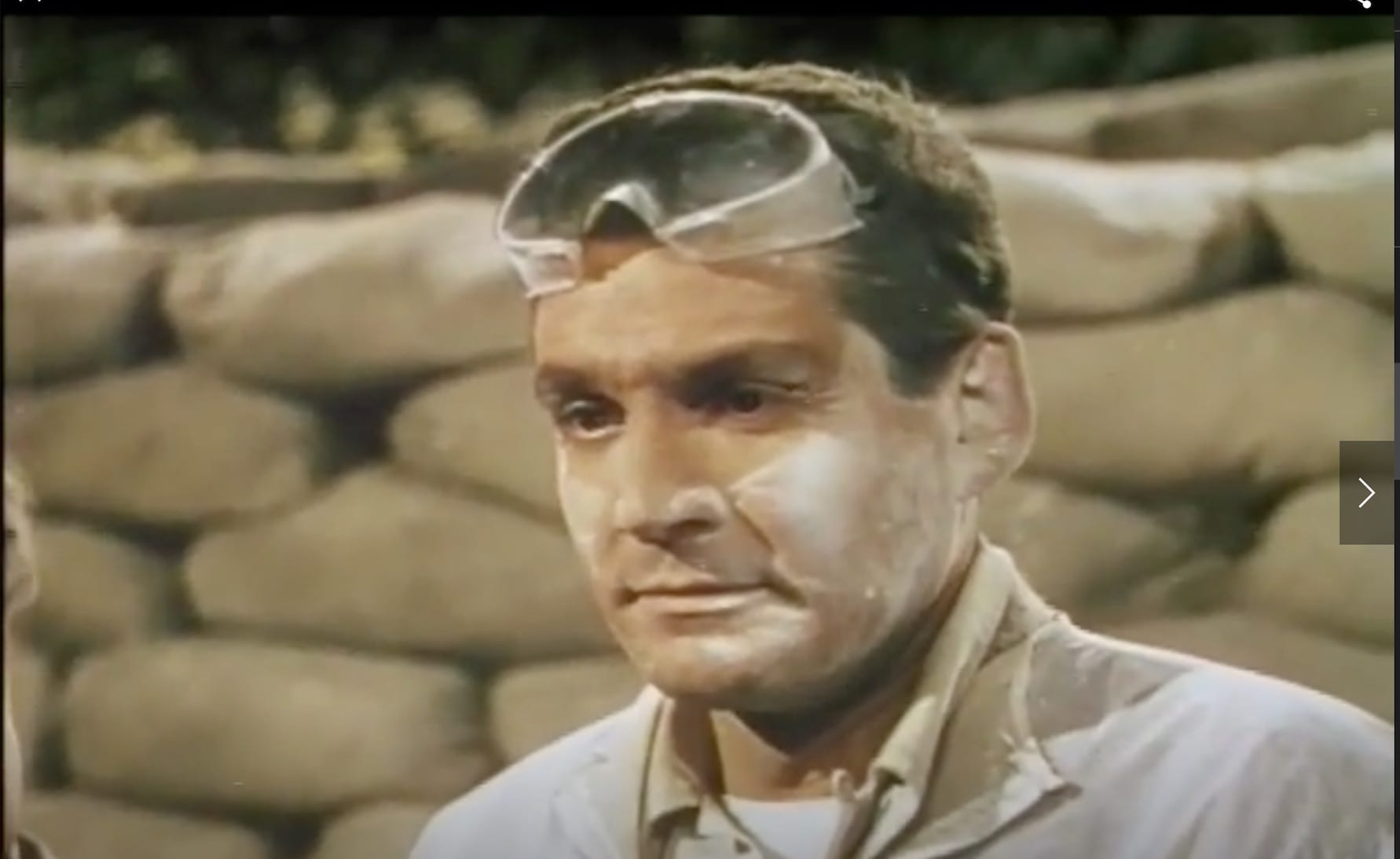 A very long time ago, my dad took me to see a reissue of one of his all-time favorite movies, The War of the Worlds. Almost every scene in the 1953 sci-fi classic is memorable, especially to a young kid: a meteorite bit unscrewing from the inside, a mechanical serpentine head jutting out of the object then making six quick eerie rattles before death-raying the three men approaching it, tri-colored yet terrifying aerial machines disintegrating everything around them, those same machines flying smoothly out of a nuclear mushroom cloud from the A-bomb blast that failed to destroy them. But there’s one scene, and line, that I not only never forgot, I think of all the time when reflecting on modern politics.

The setup comes soon after the A-bomb fail. A desperate general tells physicist Gene Barry (in a superb stoic performance) that there’s nothing more his military can do against the Martian war machine, and the last best hope for Earth is for Barry’s band of scientists to develop some sort of chemical weapon. They drive trucks full of scientific equipment into the last city standing, Los Angeles, only to have its panicked residents manhandle Barry, smash his equipment, and seize the truck in a suicidal attempt to flee the Martians. “They cut their own throats!” declares the shaken Barry to his colleagues.

The image of a berserk crowd destroying its best long-term bet for illusory gain could be a metaphor for the upcoming midterm elections. Under the management of Donald Trump and the Republicans, this country has seldom been in finer shape. It enjoys record-high employment, consumer confidence, stock value, and rising wages. Two nuclear threats have been reduced, and a terrorist caliphate dissolved to attain that most elusive balance of peace and prosperity. And none are benefiting more from this condition than the three pillars of progressive identity politics — blacks, Hispanics, and women. Black, Latino, and female unemployment have never been lower.

Yet the Left and its mainstream media appendix cry havoc as hysterically as the mob in George Pal’s masterpiece. “Trump is damaging the dream of America more than any terrorist attack ever could,” tweets MSNBC’s Joe Scarborough just ahead of the 9-11 anniversary. Hawaiian Senator Mazie Hirono shrieks, “I just want to say to the men in this country — just shut up and step up!” Imagine if a male Senator ever said this about women. He would be an ex-Senator the very next day. Hirono’s office is some five miles from Pearl Harbor, where more than two thousand men died doing the right thing. History proved no stopgap to her outburst, nor did common sense.

Millionaire athletes still take a knee during the National Anthem to protest a lie — that cops are systematically gunning for unarmed black men. Spoiled women don ugly red nun-style habits symbolizing imminent female enslavement, inspired by a TV cable series based on a bad novel. How suppressed are American women? A single one just halted the United States Senate vote to confirm a Supreme Court Justice with a vague allegation from 36 years ago when the nominee was a juvenile. Gilead indeed.

Books and articles regularly appear depicting Chaos, Fear, and Loathing in the Trump White House. (Trump should respond like Lincoln supposedly did to complaints about General Grant’s drinking, “Tell me the brand of whiskey Grant drinks. I would like to send a barrel of it to my other generals.”)

A few weeks before the 2018 Election, polls show a distinct Democratic advantage. It apparently matters little to many Americans that every single Democrat in Congress voted against the tax cut bill responsible for the fastest economic boom in history, and are vowing to reverse it should they take the majority, even though the Democratic-controlled economy sputtered for eight years, in particular the now thriving energy sector. No matter, they must flee the Republican Martians at any cost, even if the cost be exceedingly high.

It really is a War of the Worlds, between the real world and a fantasy one. Right now, the fantasists are leading. If people vote them into power this November, they will be cutting their own throats.