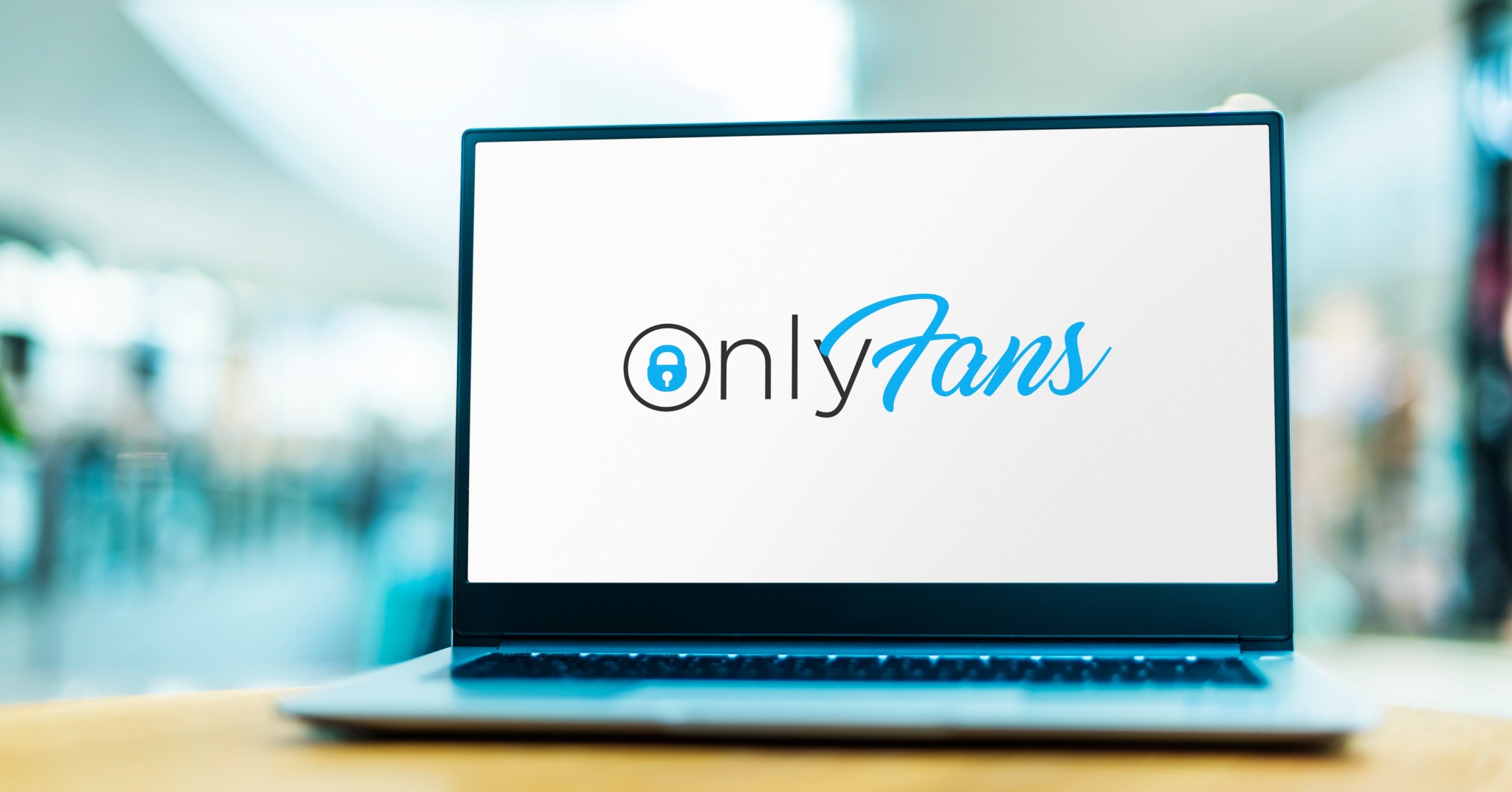 This election season, a few candidates tried a novel approach to raising funds and awareness for their campaigns: the platform OnlyFans, where creators provide (mostly) sexual content to paid subscribers.

Martha Bueno, a Libertarian candidate for the Miami-Dade County Commission, posted a series of campaign videos to her OnlyFans account but ultimately lost to her Republican opponent. In one video, she sits cross-legged on a hotel bed in silk button-up pajamas. As she talks to an unknown man on the phone, she says, “I’ve been looking at your numbers and you have some really big ones … Donations, of course!”

Other candidates in the yet-to-be-named OnlyFans Caucus include Alexandra Hunt, who lost the Democratic primary for Pennsylvania’s 3rd District, and independent Manhattan congressional candidate Mike Itkis (an adult film Itkis released as a “sex positive” stunt includes a woman of OnlyFans fame).

These candidates represent the range of perspectives — Libertarian, Democratic, and independent — of those calling to decriminalize and otherwise normalize sex work, or the set of products and services as varied as bikini coffee huts, pornography, strip clubs, and prostitution. Contrary to the advocacy of Hunt and Itkis, a culture of openness toward OnlyFans and other sex-centered businesses does not necessarily make people in this industry safer. In addition, normalizing sex work fails to solve the economic conditions that bring vulnerable people into the industry.

Bueno’s OnlyFans videos are tame compared to the majority of the site’s pornographic content. OnlyFans is the premier platform of its kind, though there are dozens of others like it. It made Time’s list of the most influential companies of 2021 and boasts over 130 million users, including people such as athletes and comedians who sell nonsexual content.

Celebrities’ openness about their use of OnlyFans and the company’s Time accolade show the growing acceptance for the movement to decriminalize sex work, which has been advanced by Hunt, Itkis, and organizations like the American Civil Liberties Union. The Itkis campaign calls for “decriminalizing and legalizing sex work.” Hunt, a former stripper, said she made an OnlyFans account to show that there is no shame in being a sex worker. They both echo the ACLU’s mantra that “sex work is real work,” which is another call for its decriminalization.

Women become a means to men’s gratification rather than persons whose thoughts and feelings matter.

What one op-ed in the Washington Post calls a “gamified” approach to sex is what makes OnlyFans and other sex-centered businesses so harmful to users and subscribers. The users, or content creators, are objectified, even if the subscribers paid them for normal conversation rather than for stripping or dirty talk. Any interaction on the platform is transactional, sending the message that a woman’s body and even her attention are for sale to someone who cannot be her equal because he is a customer. Meanwhile, the subscribers — most of whom are married heterosexual men — continue to divorce sex from emotional connection. In other words, women become a means to men’s gratification rather than persons whose thoughts and feelings matter.

But one need not be an apologist like Hunt to think that all sex work, including pornography, prostitution, and escorting, should be decriminalized. Even those who share concerns about objectification or violence might argue that decriminalization makes sex workers safer. The Harvard Civil Rights–Civil Liberties Law Review, for example, describes case studies in countries that have legal sex work, such as the Netherlands. These studies show that legalization reduces sexually transmitted diseases and violence toward women. This is because sex workers don’t have to evade law enforcement and thus have access to legal recourse.

The Law Review does present a tension that brings claims about improved safety into question. Legalizing prostitution imposes government regulations, such as requiring a minimum age of 21. The problem is that this can actually increase the number of children who are trafficked by pimps who work to skirt regulations.

So, should the U.S. decriminalize sex work, remove all regulations, and simply not arrest sex workers and their patrons?

It’s true that arresting sex workers does not fix underlying causes. Most sex workers report entering the profession because they receive a low income. They also usually lack social ties, depriving them of the safety net that friends and family often provide. Law enforcement should thus refer these persons to resources, including local nonprofits that provide counseling, housing assistance, or employment support, instead of putting them in jail. This does not mean, however, that sex work should become the new normal.

Unfortunately, ideas about free speech or letting consenting adults do what they want to make it difficult to regulate sex work. History shows that even the staunchest social conservatives are unsuccessful at regulating prostitution. For example, Edwin Meese, the attorney general under President Ronald Reagan, failed to implement many of the recommendations of his Commission on Pornography that would have downsized the pornography industry.

Businesses are currently listening to the loudest, most sex-positive voices, drowning out the voices of those concerned about the exploitative nature of sex-centered businesses.

If government regulation of sex-related businesses is unlikely to succeed, then companies can help regulate with their wallets. In 2021, OnlyFans temporarily suspended its pornographic content last year after the banks responsible for processing its payments, including JPMorgan Chase, pressured the company to stop allowing pornography. However, the banks soon caved to backlash and pornography was reinstated on the site.

Understandably, JPMorgan Chase didn’t want to lose a client valued at over $1 billion. But if the newfound pressure on businesses to focus on environmental, social, and governance (ESG) concerns teaches us anything, it’s that businesses now see their profits as inextricably linked to responding to social issues. Right now, businesses are currently listening to the loudest, most sex-positive voices, drowning out the voices of those concerned about the exploitative nature of sex-centered businesses.

Some loud voices in Congress want to present women with better options. One is Missouri Sen. Josh Hawley, whose proposed “family tax credit” would, through monthly payments, annually provide $6,000  to single parents and $12,000 to married parents. The credit is contingent on a household earning an income that reflects an average of 20 hours a week at the federal minimum wage. According to Hawley, this pro-family policy “rewards marriage” and would allow families with children under age 13 to raise them on a single income. J.D. Vance, the Ohio senator-elect, also voiced support for this policy.

What Hawley and Vance understand is that the family unit no longer offers the same promise of financial stability. Instead, the tax code currently benefits “Democrats’ upper-income, college-educated voters.” This reflects the “lean in” feminism movement, under which the ideal family arrangement is two high-earning parents raising children with the assistance of expensive daycare. Vance tweeted a similar criticism of this elitist, unrealistic ideal after the Supreme Court overturned Roe: “If your worldview tells you that it’s bad for women to become mothers but liberating for them to work 90 hours a week in a cubicle at the New York Times or Goldman Sachs, you’ve been had.”

While wealthy families take their children to daycare, lower-income women — who are not getting jobs at Goldman Sachs — turn away from family and toward the gig economy. Sex work belongs to the larger trend of people working as contractors for companies like Uber and Care.com rather than as full-time employees who receive benefits such as health care. Platforms like OnlyFans obscure the financial struggles of the average user by showcasing the occasional high earner. This is similar to the stories of Uber drivers who earn a quarter of a million dollars or all those YouTube channels about how to get rich by freelance writing. Some OnlyFans users have earned over $1 million selling their attention and their bodies, but the average person earns just $180 a month.

Women sell themselves short on OnlyFans and in other sex-centered businesses. But calling out the sex-positive crowd, which wants to decriminalize and normalize sex work, does not shame women who are in that industry. Instead, it recognizes the exploitative nature of these businesses, which sell violent fantasies or even result in actual violence. Holding businesses accountable and implementing pro-family policies can lure women away from the false promises of sex work.

It’s ironic that Hunt, who worked as a stripper when struggling to make ends meet, made an OnlyFans video that justifies sex work without showing a way out. As Hunt inadvertently described the bad economic conditions that bring women into this work, she declared, “I decided to make an OnlyFans to show that there’s no shame in working multiple jobs.”

With pro-family policies, women won’t have to.