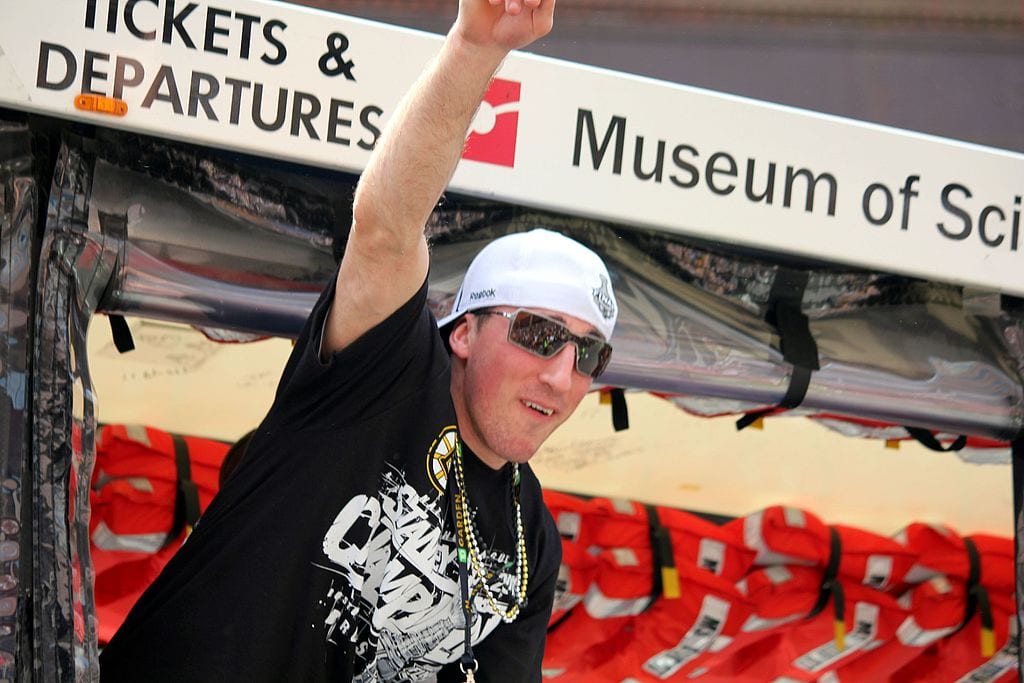 I have seen the game played at the highest level where the muscularity of power skating, magical stick-handling, and laser-beam passing and shooting are on full display. I have also seen the ugly underside of the game in the form of “goon enforcers,” cheap-shot hits, bench-clearing brawls, and the fighting that gives the game a black eye, figuratively and too often literally.

In short, when it comes to hockey, I thought I had seen it all. I even played college hockey with a teammate who won a Nobel Prize in Economics in 2002, a feat unlikely to be duplicated any time soon by another hockey player.

So, I was absolutely stunned when I read that Boston Bruin forward Brad Marchand had licked opposing players in two different Stanley Cup playoff games, and that the “licking” wasn’t defeating his opponent in a fight on the ice, but rather licking his opponent’s face. Sure, there is a lot of blood spilled hockey games by sticks, pucks, and fists, but now it seems that saliva might become the new weapon of choice. Apparently, those face shields that offer some protection against errant pucks and sticks don’t protect against face licking.

Unlike the passive role the league has taken with regard to fighting and concussions, the NHL took immediate and decisive action to put an end to this sudden outbreak of face licking. The NHL swiftly told Brad Marchand to stop licking opponents or the Boston Bruins forward would face punishment.

Senior vice president of hockey operations Colin Campbell spoke to Marchand and Bruins general manager Don Sweeney about Marchand licking Lightning forward Ryan Callahan on the face. He appeared to do the same to Toronto’s Leo Komarov earlier in the playoffs.

The league says Marchand has been put on notice that his actions are unacceptable and that similar behavior in the future will be dealt with through supplemental discipline. He could be fined or suspended by the NHL if he continues to lick players.

So, the NHL has definitively established “there will be no face-licking in hockey.” If that phrase rings a familiar bell, it’s probably because of a line from the classic film A League of Their Own, in which the grumpy manager (played by Tom Hanks) of an all-female baseball team explodes with the iconic line “There’s no crying in baseball” in response to one of his players dissolving in tears over being berated for a fielding mistake.

But true hockey fans will undoubtedly flash back to another movie classic, Slap Shot, which many consider the best hockey movie ever. The closing scene features one of the hockey players for the Chiefs taking off his equipment while “The Stripper” plays in the background and his teammates are all punching the hell out of each other. There’s blood all over the ice, guys are practically incoherent from too many blows to the head — but this dude getting naked in the middle of the rink is “disgraceful” and “not the way to play hockey.”

Can’t you just imagine the sequel, Slap Shot II, in which opposing players square off with one another in the iconic NHL waltz of pushing, shoving, and wrestling with one another, while also face-licking and kissing one another. “That’s not hockey, that’s just disgusting!”