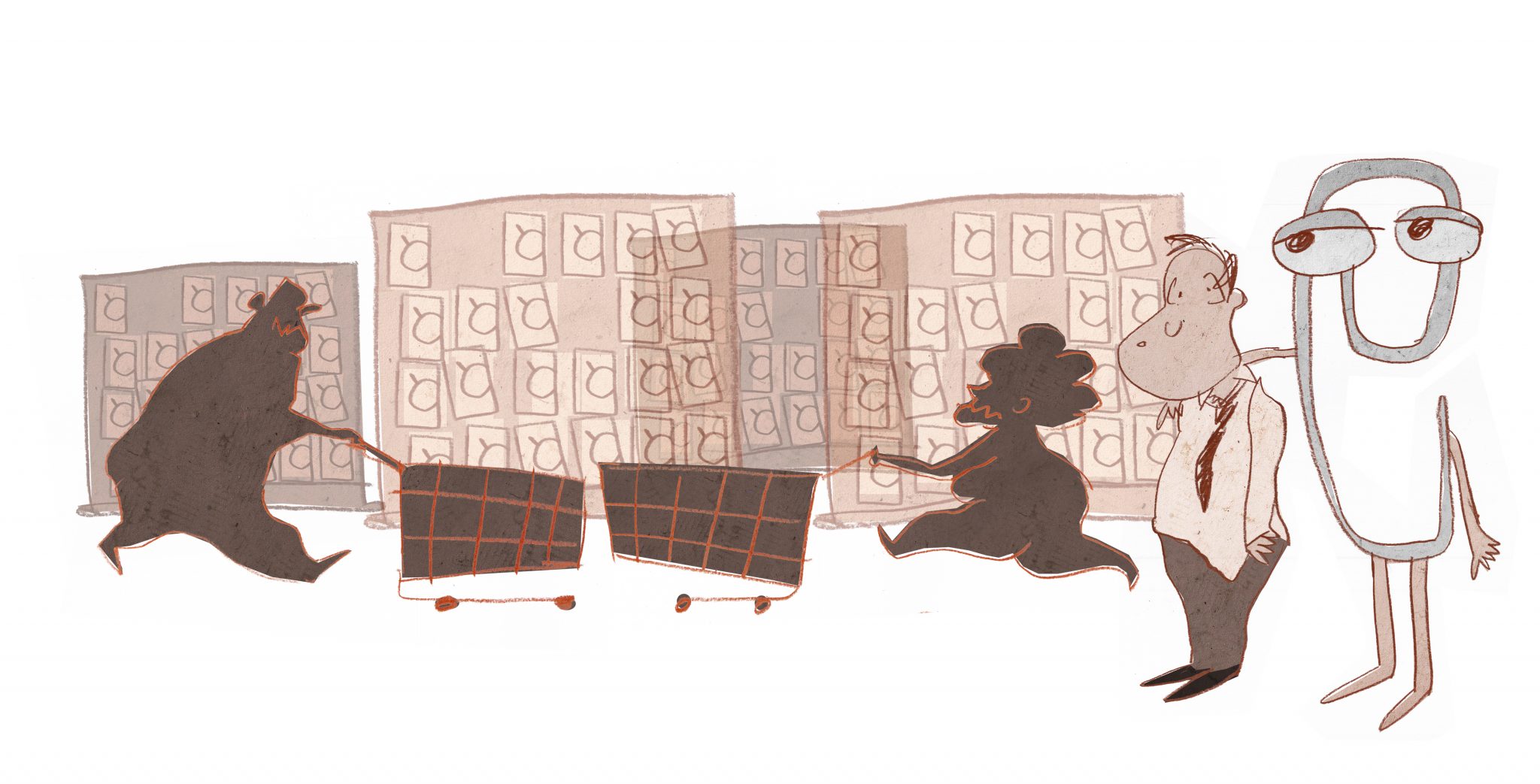 I love Word’s auto-correct feature. Every time I get a letter addressed to Txistu, Ixtu, or Two Diaz, I laugh out loud and then reply with a letter bomb. I guess it was the last nail in the coffin of the company that in the ’90s bet on a speaking paperclip that smiled and asked, “What can I do for you?” You would look at it scratching your head, thinking, I don’t know, maybe I have a couple of loose documents in the drawer, try to catch them as hard as you can so they don’t fly off, okay? What else could that idiot Clippy do? He was such a useless assistant that next to him Joe Biden looks like Albert Einstein. Before he stuck his fingers in a socket.

I have been observing these skirmishes for days now and can only conclude that we are uneasy, upset, and deeply irritated, like Democrats at a Trump rally.

Over the years the clip disappeared, but Office continued to roll out smart features, although much to my frustration as a writer they still haven’t developed anything really smart that can write my articles without me. I thought, innocently, that if you are capable of inventing a paperclip that dances, emulating a mediocre writer should be a piece of cake. Apparently, it’s not that easy: even writing nonsense requires a little more talent than making a paperclip shake its wires.

I know this article will make some readers feel uncomfortable, and maybe I’m being unfair to Clippy, who in the end was just a paperclip with eyebrows. By the way: what was Bill Gates smoking to decide that paperclips should have eyebrows? Perhaps there’s something Freudian about the fact that millions of teenagers wear paperclips in their eyebrows these days. I will ask Siri about this.

Either way, I think I’m taking my bad mood out on Clippy. It’s true. I’m in a very bad mood. And I’m not the only one. People are walking down the street with driver’s angst, which includes symptoms like thinking 99 percent of the population is an idiot, slow, drives poorly, and doesn’t look where they’re going. Pedestrians are behaving like drivers now. Last night I was honked at by an imbecile at a green light. He was walking too. It took me a second to get going when the light turned green, due to an old knee injury that makes my leg start up 2.5 seconds later than average, and the jerk behind me shouted, “Hoooooonk, where did you get your walking license, you pile of dung with legs?” I thought about backing up and knocking him down with a double elbow blow I learned in Vietnam, but I finally pulled out, feeling his anger flashing on the back of my neck.

Yes, we are all in a bad mood lately. Yesterday I saw my first shopping cart crash at the supermarket. A young woman in her 30s, looking so empowered I could imagine her gnawing on ex-boyfriend bones for breakfast every morning, was crossing the cookie aisle at high speed, unaware that a guy weighing at least 650 pounds was accelerating to speed across the diet products aisle without being tempted into buying any of those disgusting muesli and wheat semolina bars — which, up until we all became morons, were kept in the pet section, subsection bird food. They collided at the intersection with a loud crash that sent the fat man tumbling into the melon stand, sending the melons flying and receiving a major concussion as they fell, impacting on his head, like something out of a scene from The Blues Brothers. As for the empowered lady, she was launched right over her equally empowered cart. I saw her fly in slow motion, noticing a slight decrease in her empowerment in lieu of panic in her expression, so I was forced to save her life and catch her in my arms, at the risk of standing accused of being a male chauvinist for not letting her crack her teeth against the floor.

As a consequence of the cart wreck, a heated argument ensued in which he called her a “repressed obesophobe,” while she called him a “heteropatriarchal blob.” The mess had to be cleaned up by the butcher, who entered the scene wielding a Toledan sword and a large piece of half-cut beef hanging from his shoulder, asking, “Are you going to stop arguing or do I have to put a stop to it myself?” The fat man took advantage of the distraction to slip away, and the girl, still at the door of the supermarket, mumbled to herself, “cow-killing pig,” but too low for the butcher to actually hear.

I have been observing these skirmishes for days now and can only conclude that we are uneasy, upset, and deeply irritated, like Democrats at a Trump rally. And the reason is that this time we have been attacked and have been able to respond to the offense. Perhaps because the enemy is tiny and unknown, or because there has been no declaration of war, or because we are too preoccupied with ingesting tons of paracetamol to take away our headache and fever to even think about bombing someone in order at least to channel the frustration. Traditionally, the West, after such a conflict, has only been able to feel comfortable again after dropping a good number of missiles onto strategic military points of some secular enemy. Every cloud has its silver lining.

And it’s not true that there’s no one to blame for this whole coronavirus thing. Trump let it slip a few days ago, and it would be healthy to insist: we must hold China accountable. It is the Chinese communists who hid the epidemic from the world, turning it into a pandemic. No capitalist democracy would be left unpunished after doing something like that. But even if you find my proposal of burying 50 tomahawks in Xi Jinping’s breakfast mug excessive, because it might cause trouble from the communist regime, I propose that we at least send the Chinese the Word paperclip for a while. We can bundle it with useless old Cortana, and of course the Word’s smart corrector. I doubt it will solve the problem, but it will give us the satisfaction of knowing that the Chinese dictator will be receiving letters addressed to Bee Xinpin, Xi Shampoo, or Xi Ping-Pong for years to come. I can’t think of more fitting poetic justice than avenging coronavirus and the technological war all at once.