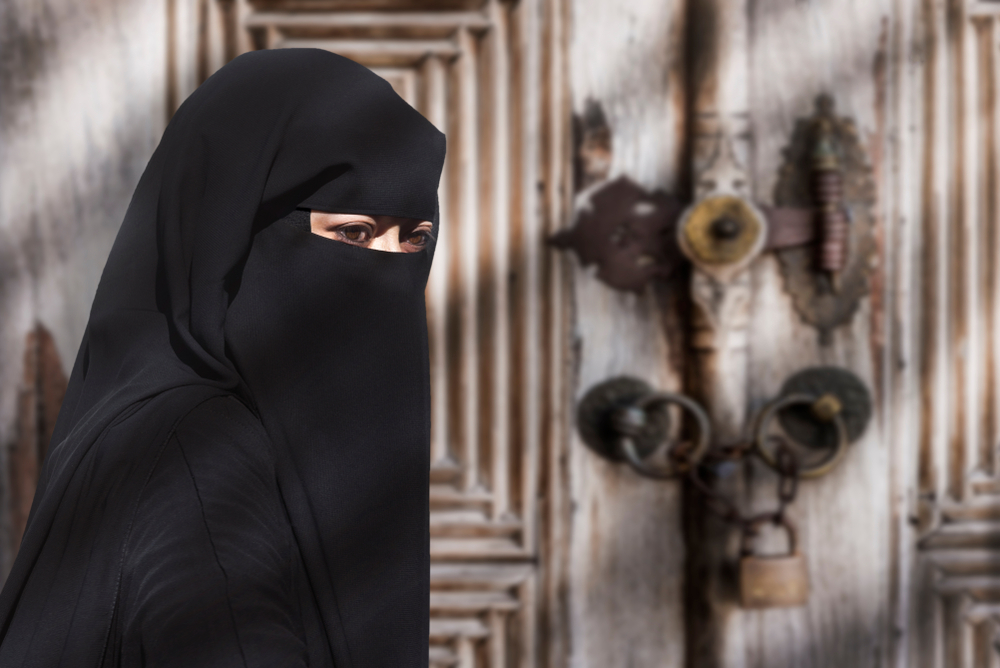 The prosecution of people for their opinions — especially their opinions about Islam — is nothing new in the land of the Magna Carta. Just a couple of examples out of many: in 2013, a number of British citizens who’d responded to the shocking jihadist murder of soldier Lee Rigby by criticizing Islam on social media were arrested at their homes “in the middle of the night”; in 2016, London police took into custody a public-relations executive named Matthew Doyle for “inciting racial hatred on social media.” His crime? After a jihad attack in Brussels took 31 lives, Doyle tweeted that he’d asked a Muslim woman to explain the massacre.

In 2015-16 alone, there were “more than 15,000 hate crime prosecutions” in Britain. But apparently that wasn’t enough for the kingdom’s zealous professional crime-fighters because on August 21, 2017, Alison Saunders, the director of public prosecutions in the UK, announced that the Crown Prosecution Service (CPS) was stepping up its commitment to punishing the online expression of “extreme views on race, religion, sexuality, gender and even disability” that were “perceived by the victim or any other person, to be motivated by a hostility or prejudice.”

That’s not all. On October 16 of last year, Twitter UK proudly boasted that it had “come together with the independent members of the Cross Government Working Group on Anti-Muslim Hatred (AMHWG) as part of a shared commitment to counter hateful conduct online.” What’s the AMHWG? It’s a body “made up of representatives from Muslim communities, independent experts, and academics,” plus several U.K. government departments, including the CPS, the Home Office, the Cabinet Office, the Ministry of Justice, the Ministry of Housing, Communities and Local Government, and the National Police Chiefs’ Council.

In short, the U.K. is taking the online criticism of Islam very, very seriously.

This is the same country, of course, where the police, social services, and other authorities — including several of those who are active in the AMHWG — systematically ignored the mass rapes of hundreds of English girls by Muslim “grooming gangs” over a period of many years in cities like Rotherham and Rochdale. That disgraceful inaction eventually came to a partial end only because people like Tommy Robinson and Maggie Oliver made a lot of noise about the gangs, as well as about the inaction. But more and more stories of indolence and pusillanimity on this front keep coming to light. Just last weekend, for instance, came news of an independent report concluding that children in the Bradford area “suffered horrendous abuse” at the hands of Muslim rapists “while authorities charged with protecting victims were too frightened to act because the offenders were from immigrant communities.”

Similarly, even as British authorities have been cracking down brutally on the critics of Muslim terror, how have they been treating the aiders and abetters — and perpetrators — of that selfsame terror? Just ask Samia Hussein. A West London girl, she flew to Syria in 2015 to join ISIS. A few months later, she lost an arm in a U.S.-U.K. coalition airstrike on a building in Raqqa in which ISIS was storing weapons; ISIS had deliberately housed her and other women and children in an adjoining structure on the assumption that the coalition wouldn’t want to harm women and children.

Samia was later captured by Kurdish forces; in February of last year, she was allowed to re-enter Britain, where she was held by London police under the Terrorism Act 2000, which permits the detention of suspected terrorists for two weeks, tops. She’s one of several hundred people who left Britain to become terrorists in Syria and who’ve since been quietly admitted back into the country. (All this happened while commentators across the U.K. were bewailing the fate of another ISIS recruit, Shamima Begum, who lost her British citizenship and was denied entry to the country.) By the way, guess how many of these hundreds of returnees have been convicted of terrorist acts? Fourteen.

Presumably the courts have been too busy trying ISIS critics to try ISIS fighters.

In December, it was reported that Samir had refused to condemn the massacre at the Manchester Arena on May 22, 2017, in which 22 people were killed and 1,017 injured; the dead, she pronounced, were “victims of war.” This weekend, Samia’s story was further updated. British authorities, it turns out, haven’t charged her with any crime. On the contrary, she’s been the recipient of government largesse. She and her family now live in a brand-new council house — that is, in public housing — in a part of West London where homes cost £500,000 or more. And she has a new prosthetic arm that was reportedly supplied by the NHS.

At present, according to the BBC, “[m]ore than a million people in England are on waiting lists for social housing.” Some — including disabled people who are much older than Samir — have been waiting for years. As for the NHS, over five million people in England are waiting for treatment. Samia may or may not have been given preferential treatment by the London council or the health people. But she sure hasn’t been punished.

Oh, and she’s been seen walking around in hijab. When a reporter for the Mail turned up at her house the other day, a woman, apparently Samir, yelled at him from a window, ordering him to go away or she’d call the police.

Plainly, she knows whose side the police are on.

Bruce Bawer is the author of many books, including While Europe Slept (2006) and The Victims’ Revolution (2012). He lives in Norway.

4
Hither and Yon
‘Not This Time’: Standing Up to the Democrat Firing Squad
by Scott McKay