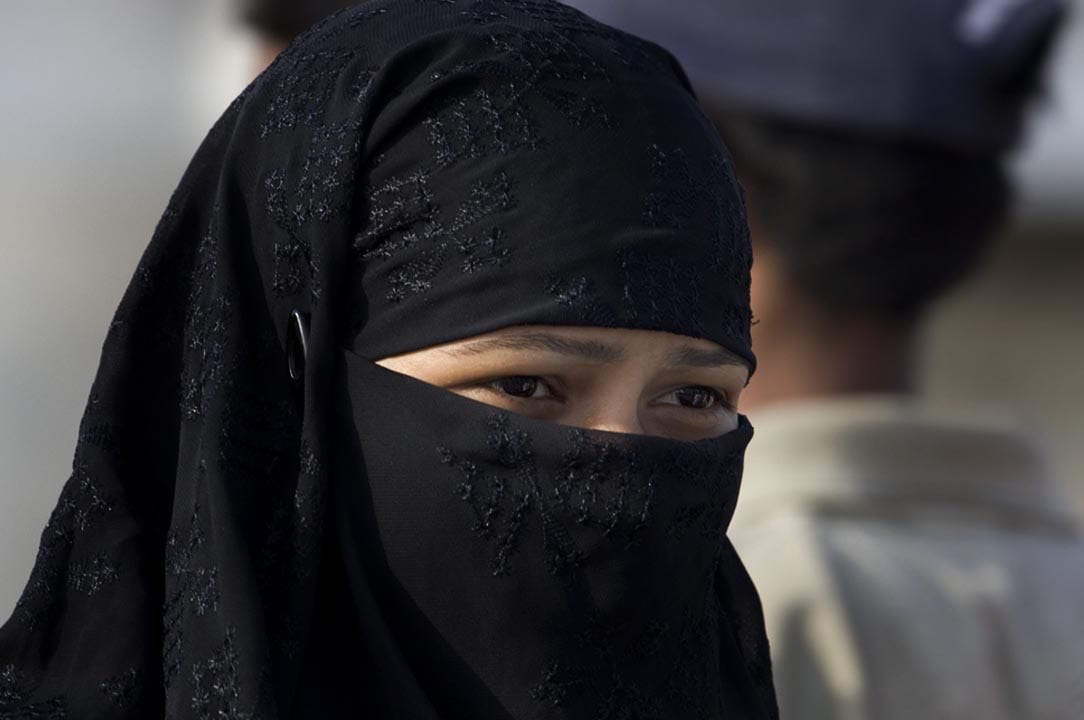 As ISIS has been almost completely eliminated as a physical caliphate in the Levant, Western brides are calling it quits and demanding they be allowed back into their home countries.

In the past week or so, cases in Canada, Britain, and the United States have taken center stage. ISIS brides from these countries have sought reentry in order to escape the crowded and ill-equipped refugee camps.

These women aren’t the average person in a refugee camp, who are in their situation for being simply in the wrong place at the wrong time. These women are among the estimated thousands of Westerners who left their lives behind to support the Islamic State’s dream of a Koranic state in the Islamic world and beyond. That dream has failed, and these women are cashing out.

The first, and most outlandish case comes with Shamima Begum, a woman who left Britain at 15. In an interview with the BBC from a refugee camp, Begum lamented her situation saying she wasn’t helping ISIS because she was simply a housewife. Begum also did not outright condemn the Manchester bombing that killed 22 innocent people, mainly young girls.

In an interview with Sky News she complained about the conditions in a refugee camp and that she doesn’t want her child to be taken away from her even if she returns to Britain. She wants the UK to help her start a new life. She also claims that there is no evidence that she did anything dangerous or wrong, and that there is no proof that she is a threat “other than that I was in ISIS, but that’s it”

IS bride Shamima Begum has insisted she is not ‘a threat’ to the UK and has spoken of her regret at joining the jihadi fighters in Syria https://t.co/V8wfaratdv pic.twitter.com/vTBIFmMDKs

Her lawyer has claimed that she should be allowed home and to not do so is “racist,” though that she could be prosecuted for crimes. British Labour leader Jeremy Corbyn, who is known to have pro Islamist sympathies, says that Begum has a “right to return” to Britain.

In the case of Canada, four Canadian women are currently living in the Al-Hawl refugee camp. These women largely claim to have been tricked into going to Syria to join the Islamic State, and that they should have a “second chance”. The families of these Canadians as well as Human Rights Lawyers are petitioning for them to be repatriated.

Additionally, American woman Hoda Muthana, who left Alabama at 19 to join ISIS, wants to return to the United States with her toddler. Muthana claims to have renounced ISIS and that she is not a threat. In the past, she shared calls to violence on Twitter. Muthana wants America to excuse her crimes because she was young and ignorant, she believes that “lessons” would be a good response from the government to reform her, but jailtime would not.

President Trump, who has called for ISIS fighters to be brought home and face prosecution, has not asked the same of Muthana:

I have instructed Secretary of State Mike Pompeo, and he fully agrees, not to allow Hoda Muthana back into the Country!

Muthana’s family has filed a lawsuit against the Trump administration, claiming that this revocation of citizenship is unconstitutional. A legal battle will ensue, but it’s unlikely that Muthana will be allowed back into the country.

One can lose their US citizenship by committing an act of treason against the United States, and that is certainly what Muthana did. She, along with other western women who joined ISIS, should count themselves lucky that the Caliphate has been destroyed, and that they are allowed to live in refugee camps. While they won’t be able to enjoy the comforts of the Western civilization that they abandoned, they at least have their lives. One of the punishments for treason in the United States is death, and men who fought for ISIS who are returned to the United States will likely meet that fate.