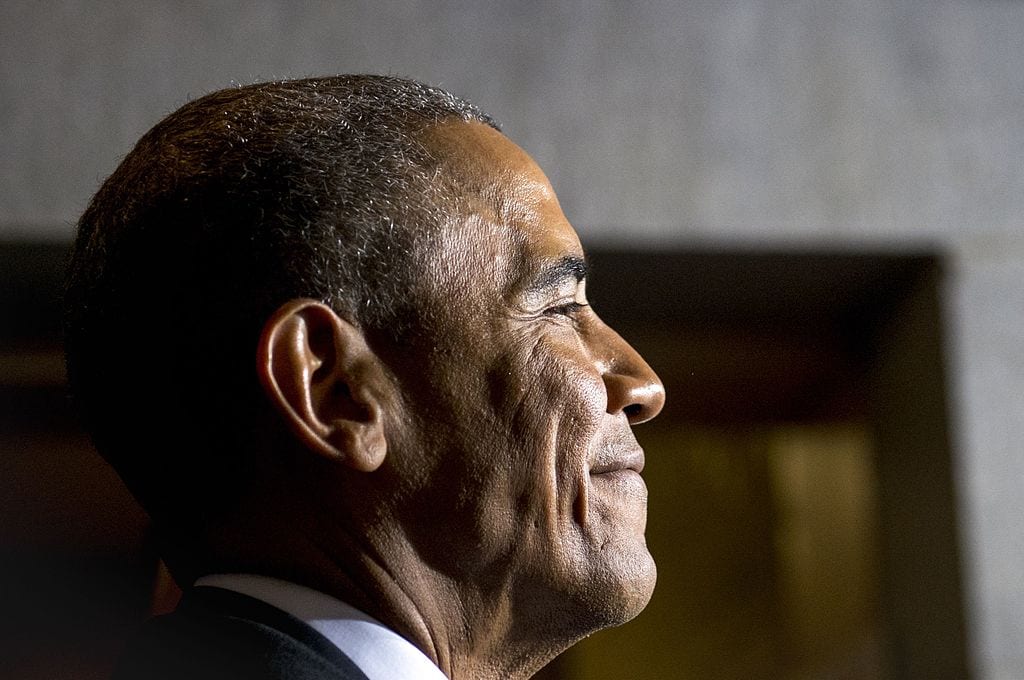 President Trump has made clear that he wants to reform American immigration law to be grounded on merit-based immigration. As he said in his 2018 State of the Union Address, “It is time to begin moving towards a merit-based immigration system — one that admits people who are skilled, who want to work, who will contribute to our society, and who will love and respect our country.”

Current law provides the perfect example of such merit-based immigration in the EB-5 Immigrant Investor Program. Director of the Office of Management and Budget (OMB) Mick Mulvaney and Chairman of the National Economic Policy Council (NEC) Larry Kudlow have an opportunity to save the EB-5 program from sabotage from an Obama Administration Midnight regulation that still has not been scrapped. Right now, that proposed Obama regulation has been submitted to OMB for review. Would be wise to continue with pro-growth policies and toss aside the Obama era regulation.

As the Department of Homeland Security explained in Congressional testimony on June 19, 2018, “Congress created the EB-5 visa program in 1990 to stimulate the U.S. economy through job creation and capital investment by foreign investors.” The EB-5 program makes immigrant visas available to foreign nationals who invest at least $1,000,000 in a new commercial enterprise and create or preserve at least ten permanent full-time jobs for U.S. workers. Congress allowed for a reduced investment amount of $500,000 if the investment is in a Targeted Employment Area (TEA), defined to include certain rural areas and areas of high unemployment.

These foreign investors petition to be admitted into the United States as conditional permanent residents. After two years, to stay in America permanently, they must petition for removal of the conditions upon a showing that he or she sustained the required investment and employment of American workers while in the U.S.

So instead of coming to the United States to compete with American workers for jobs, immigrants under this provision come to the U.S. with investment creating jobs for American workers. That increases the demand for labor, raising wages.

This is a perfect example of President Trump’s reform concept of merit-based immigration. It does not involve buying your way into the United States, but earning your way in, creating jobs and rising wages through substantial investment in America.

A recent study of the EB-5 Visa program by the economic consulting firm Economic and Policy Resources found that just a subset of the program produced nearly $11 billion in increased U.S. investment, creating 355,000 jobs throughout the country during the 2014 and 2015 fiscal years, accounting for 6% of American job gains during those years.

But President Obama in his last days in office, reflecting his class warfare mentality, sought to sabotage the EB-5 Visa program with new stifling regulation, as he did so successfully throughout his Presidency. On January 13, 2017, Obama’s Department of Homeland Security proposed sharply increasing the required investment for these EB-5 Visas to levels that would discourage even millionaires abroad from ever trying to come to America to invest and create jobs.

On February 22, those proposed regs were forwarded to OMB for final review before becoming effective. But instead of finalizing those midnight Obama regs, Trump should be expanding the EB-5 investment program as a foundation for his vision of merit based immigration.

The American Action Forum, headed by former CBO Director Douglas Holtz-Eakin, estimated in a study last year that increasing investor visas from 10,000 to 20,000 a year would increase U.S. GDP by $11 billion annually. Ending the Visa lottery program would free up 50,000 visas a year that could be devoted to the EB-5 investor program, increasing capital investment, jobs, and higher wages for American workers. Even more could come from ending chain migration.

This would be another pro-growth policy, in contrast to President Obama’s eight years of low growth stagnation, high unemployment, and declining middle class incomes. Getting that before Congress this year would provide a foundation to take such reform, and President Trump’s booming economic recovery, to the voters in his reelection campaign next year.

As Trump Advisers Art Laffer and Stephen Moore wrote in their recent book, Trumponomics, “Arthur has compiled the data going back to Colonial times and through the end of the Civil War…. The world’s greatest economy was effectively created by importing foreign capital. By importing capital, the United States grew enormously, employed workers at high wages, and created a job and wealth creation machine rarely seen before.”

They explained how Reagan re-created this American tradition, writing “In the 1980s, the United States cut tax rates, regulations, and inflation (by strengthening and stabilizing the dollar)…. As the American economy exploded with growth, foreigners poured trillions of dollars of capital into the United States.”

It is not too late for pro-growth advocates like OMB Director Mulvaney and NEC Chairman Kudlow, who would understand the value of this program in creating American jobs and investment, to stop this perverse reregulation. Stopping these Obama regs, and reforming immigration based on merit, would be yet further steps in making America great again.

Peter Ferrara is the Dunn Liberty Fellow in Economics at the King’s College in New York, and Senior Fellow for the National Tax Limitation Foundation. He served in the White House Office of Domestic Policy under President Reagan, and as Associate Deputy Attorney General of the United States under President George H.W. Bush.