Free the Market,Top Story Congress,Deficit,Democrats,Federal Reserve,Joe Biden The Treacherous Road to Runaway Inflation - The American Spectator | USA News and Politics
Menu
Free the Market
The Treacherous Road to Runaway Inflation
Biden’s ideas are systemically crippling our economy.
by Bob Luddy
Governor Jerome H. Powell testifies before a joint hearing of the Senate Banking Subcommittee on Securities, Insurance, and Investments and the Subcommittee on Economic Policy in Washington, D.C., on April 14, 2016. (Federal Reserve) 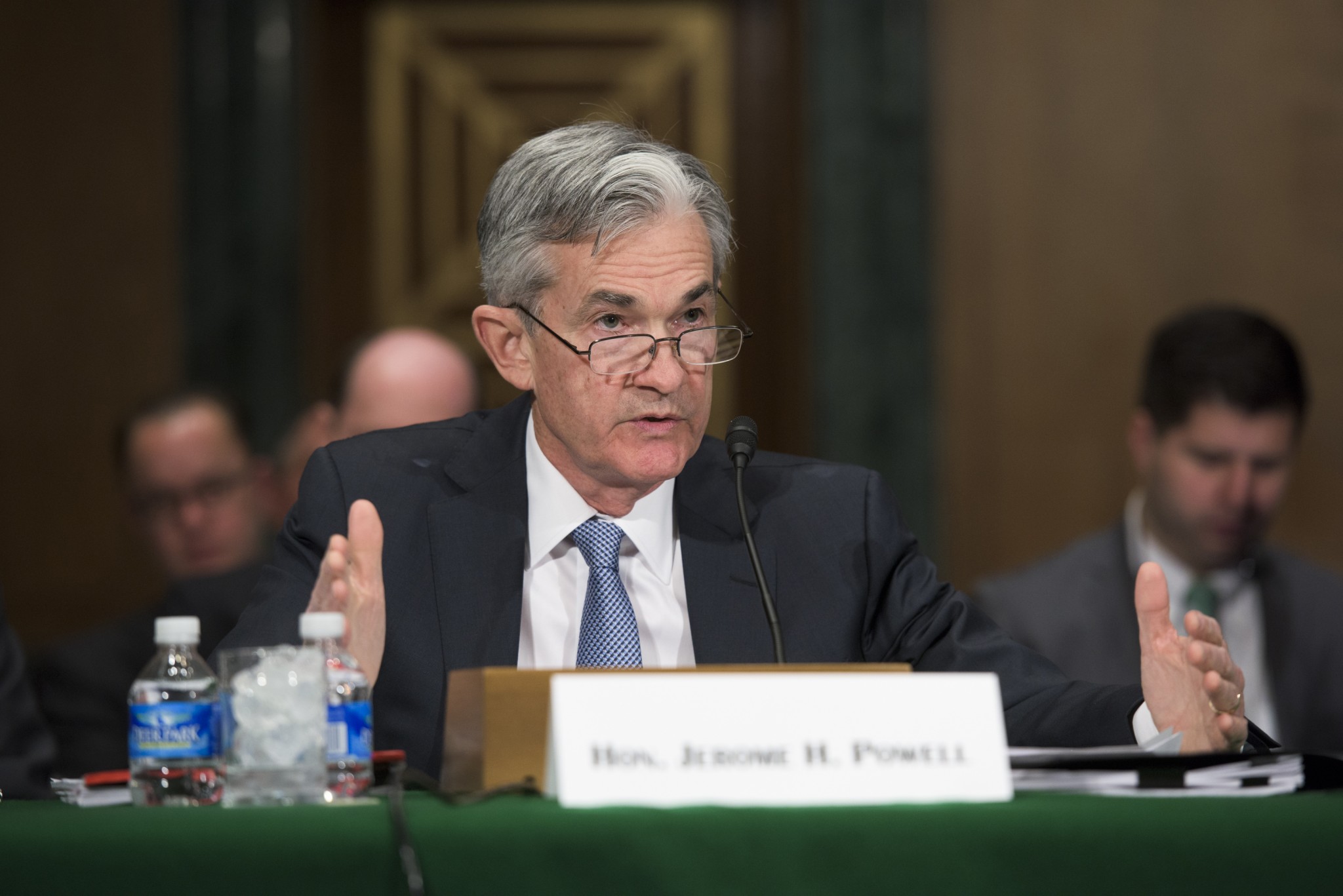 In January, 2001, America had a balanced budget, low debt, and was at peace. Here, briefly, is what lay ahead: war, financial crisis, civil unrest, massive growth of the federal government, and now severe inflation.

Never in the history of America has our government in its ineptitude created such a false economy, risking hundreds of years of hard work on unsound and unworkable economic policies. The Founders wisely relied on dispersion of power. They knew there would be dishonest and incompetent politicians but, in this case, the entire government is infected with deceptive leaders.

This process began when George W. Bush destroyed a budget surplus in 2001 to increase the size of the federal government, creating unwinnable wars and a housing crisis, which led to a major financial crisis in 2008. He piled up $3 trillion in new debt. The worst outcome was the large number of our soldiers permanently wounded and now long forgotten.

Not to be outdone, President Obama continued the deficit spending, seeking “shovel ready” projects, which don’t exist because government permits take years. Obama added another $7 trillion to double the national debt. He also began the chaos with identity politics, which now undermines our culture.

Trump was to drain the swamp but did it with a fire hose in lieu of a drain. He was proud of being tariff-man, but tariffs undermine trade and over time undermine the ability of American manufacturers to produce by creating shortages and inflation. COVID was mishandled at all government levels, shuttering our domestic production capacities, which are easy to shut and painfully hard to restart. In four years, he increased the national debt by $7.8 trillion.

This reckless spending is a prime example of why all government interventions fail and lead to more interventions, namely endless trillion-dollar spending. The Federal Reserve enables this spending with money printing. This largesse now includes paying the workforce to stay home. We are all aware of a massive worker shortage created by Biden and Congress.

The fourth president of the 21st century, Joe Biden, arrived with the worst economic ideas and they are systemically crippling our economy. He demanded more trillion-dollar spending, but that is not enough. He now wants $5 trillion in new spending paid for with new taxes.

Say’s law says: “Supply creates its own demand.” Conversely, spending does not create supply, a fact that is lost on our politicians.

Think of what is happening. Congress is going to tax every producer, reduce investment, and make small business very difficult so that the worst money managers on the planet (Congress) can go on a spending spree and reward the large, connected corporations and create an ever larger welfare state, which also seriously undermines America’s ability to produce and has created trillion-dollar deficits, which undermine the dollar, the world’s reserve currency.

Every working person and producer is stressed because of the government’s polices favoring those who stay home, including 80 percent of unionized federal workers who are teleworking at taxpayer expense and cannot be rated or fired.

Congressional Democrats are scheming to tax everything and everyone, including hard-working farmers. These taxes will undermine every producer so Biden and Congress can spend lavishly on moronic programs, heavily influenced by the Green New Deal, and on expanded welfare. This is a classic case of tyranny. These welfare programs make America unhealthy by deteriorating skills and the work ethic.

A few more things to keep in mind:

The stock market is taking notice. Many stocks are wildly overpriced by investors, on margin (borrowed money), and many will lose billions of dollars as the market corrects. These investors are encouraged by scam artists with no SEC discipline. Why does the SEC even exist?

Government works in slow time, while markets work in fast time. These corrections would have already occurred, except for endless government spending and a Fed that literally props up the market.

Biden wants all employers with 100 employees to take the vaccine, which will exasperate worker shortages and abate freedom. This order will further erode the workforce.

Every American with common sense knows inflation is a serious problem but not Joe Biden or Fed chairman Jerome Powell. They named inflation transitory, which is fundamentally dishonest and a lie.

Inflation is too much money chasing too few goods. Shortages abound in our economy, driving future inflation.

The only cure is to stop spending and taxing and allow Americans to be free to produce. Joe Biden needs to do nothing but end his destructive executive orders and disastrous economic policies.