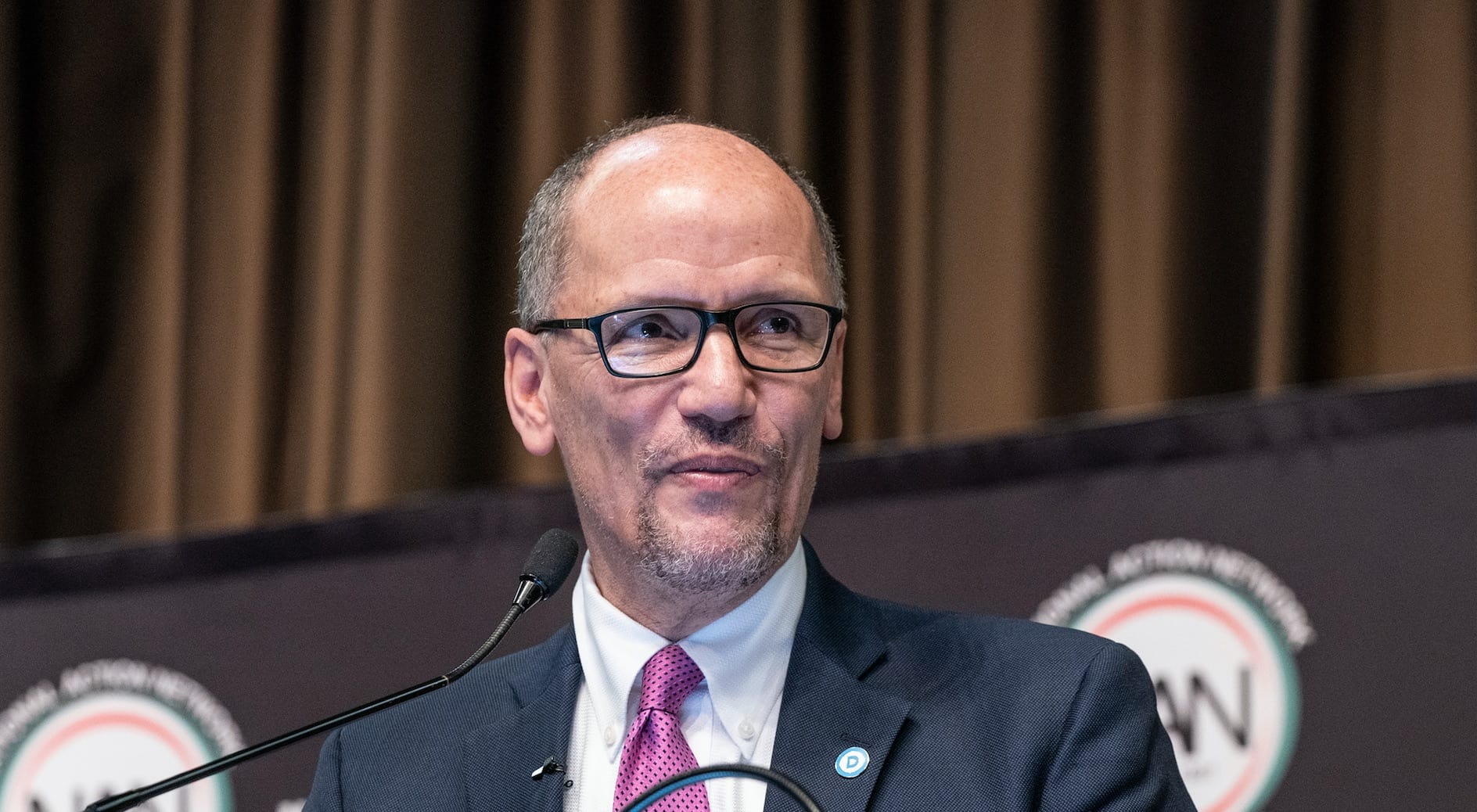 You just have to love the boldness of it all.

There is Democratic National Chairman Tom Perez — on Fox News no less — saying this:

Tom Perez: No one — not even President Trump — is above the law following Mueller report revelations

History will not be kind to this president, nor will it forget the cowards and criminals who enabled him.

But history will also remember the courage of those who stood for the rule of law and the integrity of our democracy. It will remember leaders who put country over party, activists who march and make their voices heard, and voters who use the power of the ballot box to hold this administration accountable.

Justice is blind and no one is above the law.

Catch that last sentence? This one? “Justice is blind and no one is above the law.”

Let’s take a stroll down memory lane. Beginning with this headline from Roll Call in September of 2015:

The No. 2 Republican in the Senate wants a special prosecutor to investigate Democratic presidential candidate Hillary Rodham Clinton’s use of a private email server while secretary of State.

Sen. John Cornyn, R-Texas, a senior member of the Judiciary Committee, entered the fray over the emails Tuesday in a letter to Attorney General Loretta Lynch.

“Secretary Clinton denied publicly that she transmitted classified information and violated government policy, both of which proved untrue. Secretary Clinton’s lawyers made their own determinations as to which of the emails on her server were government records and deleted the remainder — tens of thousands of documents,” Cornyn wrote Tuesday. “And the former campaign staffer who set up the server, who would subsequently be employed both by the State Department and Secretary Clinton privately, has invoked the Fifth Amendment of the U.S. Constitution to avoid providing information to government investigators.”

Then there was this headline in the Washington Post in July of 2016:

Rep. Mike Turner (R-Ohio) became the first Republican to call for a new, independent investigation of Hillary Clinton’s use of email during her years at the State Department, saying in a statement that the defunct independent counsel statute should be revived to “make an independent and impartial decision” about whether Clinton should be charged.

“The investigation by the FBI is steeped in political bias, especially considering that former president Bill Clinton met with Attorney General Loretta Lynch just days before the FBI announced its decision,” Turner said. “The role of the independent counsel is to keep investigations honest and prosecutorial decisions independent of the political, personal and financial conflicts of interest that undermine accountability in government. It is time for Secretary Clinton to be held accountable for her extremely careless actions.”

Not an hour later, Rep. Matt Salmon (R-Ariz.), who is retiring this year, made a similar request.

A full year later in July of 2017 there was this headline at CNBC:

In a letter addressed to Attorney General Jeff Sessions and Deputy Attorney General Rod Rosenstein, the Republicans said they were writing to “request assistance in restoring public confidence in our nation’s justice system and its investigators, specifically the Department of Justice (DOJ) and the Federal Bureau of Investigation (FBI).”…

“The unbalanced, uncertain, and seemingly unlimited focus of the special counsel’s investigation has led many of our constituents to see a dual standard of justice that benefits only the powerful and politically well-connected,” the letter said. “For this reason, we call on you to appoint a second special counsel to investigate a plethora of matters connected to the 2016 election and its aftermath, including actions taken by previously public figures like Attorney General Loretta Lynch, FBI Director James Comey, and former Secretary of State Hillary Clinton.’”

Then there was this headline over at Fox from a November, 2017 Sean Hannity show:

Congressmen call for a special counsel to probe Clinton

HANNITY: To me, Congressman (Matt) Gaetz, it is this serious. Are we going to have an America today, a dual justice system, or will we have equal justice under the law? Because if I deleted 30,000 emails that were subpoenaed by Congress, if I used BleachBit, if I’d destroy devices with a hammer, if I — how does the FBI Director Mueller at the time, no Russian agents of Putin are trying to corner the uranium market?

GAETZ: Sean, you are absolutely right, and this is what makes the American people sick. This notion that there is one set of rules for the Clintons and another set of rules for everybody else.

Move on to just last month, March of 2019, and here is the headline in theWashington Times:

Sen. Lindsey Graham called Thursday for Congress to create a special counsel to probe the FBI and Justice Department, saying evidence is mounting that they treated Hillary Clinton more leniently than they did President Trumpduring the 2016 election campaign.

Mr. Graham made the call as newly released documents show the extent of anti-Trump sentiment among FBI employees who were instrumental in handling the investigation into Mrs. Clinton’s secret email server and in launching the Russia investigation that turned into Robert Mueller’s special counsel probe.

There’s more out there like these stories that stretch over the last four years — oh so much more. And what do every single one of them have in common?

That would be the silence of now-DNC Chair Tom Perez. The very self-same Tom Perez who now goes to Fox News to ostentatiously proclaim:

History will not be kind to this president, nor will it forget the cowards and criminals who enabled him.

But history will also remember the courage of those who stood for the rule of law and the integrity of our democracy. It will remember leaders who put country over party, activists who march and make their voices heard, and voters who use the power of the ballot box to hold this administration accountable.

Justice is blind and no one is above the law.

As an example of sheer, bold hypocrisy, Perez is Oscar-worthy material. Time after time after time one senator or congressman after another — not to mention Sean Hannity and so many others — have made the exact case that Perez claims to be making: that “justice is blind and no one is above the law.” And yet Perez has been quieter than a church mouse under anesthesia. The real Perez message: investigate Donald Trump and everybody that surrounds him — family, friends, business associates.

In short, Tom Perez, in the most cynical style possible, has just vividly illustrated that he doesn’t believe a single word he says when saying that “Justice is blind and no one is above the law.”

Sean Hannity had it exactly right when he asked this question:

“Are we going to have an America today, a dual justice system, or will we have equal justice under the law?”

If Tom Perez gets his way, the answer is crystal clear. There is one set of rules for President Trump — and another set of rules entirely for Hillary Clinton and all of Tom Perez’s friends.

The Perez message has been received.

And it will backfire. Big time.

Thanks for the assist, Chairman Perez.