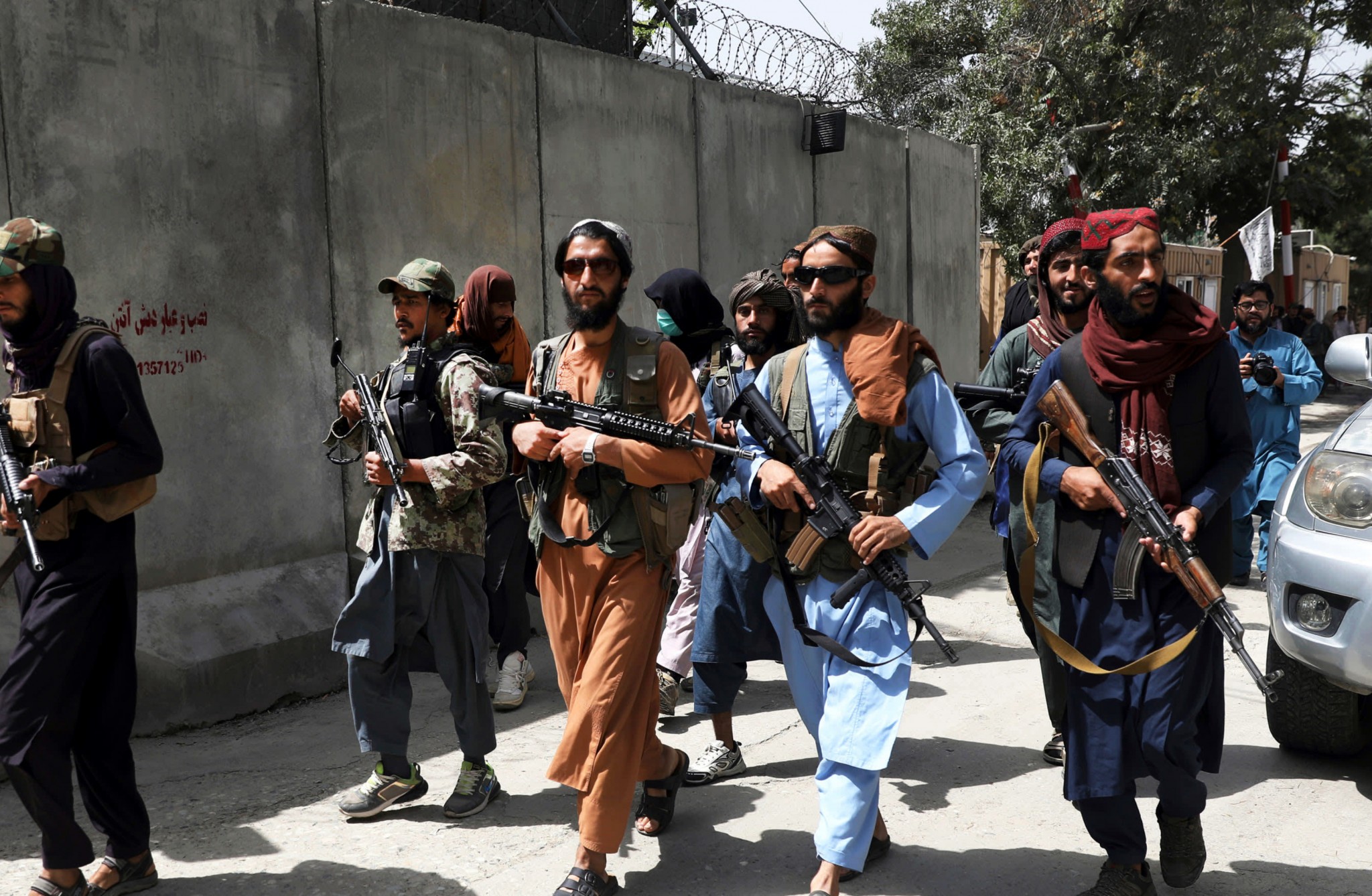 In this year’s unexpectedly successful offensive campaign, the Taliban mastered the “battle of the narrative” by linking propaganda and negotiation to its military operations in a way that not only exploited the Afghan government’s disunity and weaknesses, but also reinforced the success of Taliban attacks. They were much more effective than their enemies.  It was like a football game between an NFL team and a high school team.

Unity and Disunity of Effort in Helmand Province 2002-10

After the 2001 fall of the Taliban, Mir Wali, a Helmand warlord, was heavily involved in the narcotics business. But he persuaded U.S. Special Operations Forces to build a base, Camp Price, adjacent to his compound near the town of Gereshk. For a fee his militia guarded the camp and accompanied the special forces on patrol. As in other parts of Afghanistan, the well-meaning special forces had unwittingly leant credibility to the warlord’s malign and corrupt patronage network, which included private highway checkpoints that illegally taxed travelers and traders.

The U.S. offered up to $2000 for information leading to the successful capture of Taliban or al-Qaida fighters. This allowed warlords to manipulate their activities to generate revenue, dispose of rivals, and gain advantage in long-standing feuds. Afghans from Helmand detained in this way were sent to the U.S. prison at Bagram, which was gaining notoriety for harsh conditions and prisoner abuse. A proportion were subsequently sent for detention at secret CIA “black sites” overseas or to Guantanamo Bay.

Garmser, a district in southern Helmand, illustrates this. After the fall of the Taliban, Garmser’s various tribes achieved an accommodation that balanced their competing interests and antagonisms. These arrangements collapsed in 2004, when a popular district governor was replaced by a less capable official, who failed to maintain the balance between the tribes. Combined with increasingly predatory behavior by the Afghan National Police, this failing local governance meant that a growing number of tribal elders and local people switched allegiance to the Taliban, who presented themselves as promoting law and order.

During 2004 and 2005, Taliban networks built themselves throughout Helmand. Initially cautious, they used murder and coercion to remove those who opposed them and began small-scale attacks against Afghan government forces and institutions and used intimidation to displace moderate mullahs. Taliban-supporting mullahs came from Quetta and Peshawar to preach sermons that condemned the Afghan government, praised the Taliban, and reinforced its message.

The U.S. eventually insisted that Mir Wali’s militia, the so-called 93rd Division, be disbanded. Turning against him, they raided his compound, twice. Mir Wali’s top commander joined              the Taliban, taking most militia fighters with him.

In early 2006, a British brigade deployed to Helmand. The British prevailed upon President Karzai to replace Helmand ’s provincial governor, Sher Mohammed Akhundzada, whom they rightly saw as irredeemably corrupt and the leader of a notorious private militia that used force against the governors’ local rivals. Akhundzada was a close political associate of Karzai, but the president reluctantly complied with the British demands. Many former members of Akhundzada’s militia then sided with the Taliban. This set the stage for the ever-increasing difficulties that the British were to encounter in Helmand over the next four bloody years, after which Helmand was reinforced by U.S. Marines.

As the British attempted to stabilize Helmand, the Taliban constantly repeated its simple message; that it, not the puppet regime in Kabul, was the legal government of Afghanistan, and that the insurgents were fighting a just war to expel foreign infidels from Afghan soil and restore the Islamic Emirate. The simplicity of the message and its delivery by Afghans, rather than foreigners meant that it had more traction than the messages delivered by Coalition forces. That the Taliban were Pashtuns, like the great majority of Helmand’s civilians, meant that the message resonated even more in the largely Pashtun areas where the Taliban operated. The Afghan Army units in Helmand had large numbers of Tajiks and Uzbeks from the outside the region. Whilst Afghan police were often locally recruited, they had a long track record of shaking down Helmand’s citizens. These factors reinforced suspicion of the British and Afghan government forces and did nothing to help the very limited efforts made by Afghan government officials in Helmand to influence Afghan citizens.

The Taliban concentrated on providing two things to Helmand’s civilians: security and dispute resolution in Taliban sharia courts. The Taliban did not offer to improve agriculture, health, education, or infrastructure in the way that British stabilization efforts did. In contrast, the U.S. and NATO forces and their many national development agencies attempted to help the Afghan government do many things, none of which they usually did well, whilst the Taliban were trying to do just two things, both of which they usually did well. The Taliban were able to match their words with their deeds much more effectively than were the Afghan government or international forces. This reinforced the Taliban’s claim that it was more legitimate than international or government forces.

Throughout this war, one of the Taliban’s messages was that the U.S. and its allies would not stay in Afghanistan forever but would inevitably depart. They often used the phrase “they have the watches, but we have the time.” The Doha agreement between the U.S. and the Taliban, which set a date for a complete U.S. withdrawal without containing any levers to compel the Taliban to negotiate or cease attacking, created great suspicion within Afghan forces that the U.S. would abandon them. This distrust of the U.S. was reinforced by President Biden’s subsequent direction that the U.S. military were to rapidly withdraw. This was a great shock to Afghan troops and police, especially to their commanders, who had grown accustomed to support from U.S. military advisors and air power. The secretive U.S. overnight abandonment of Bagram Air Base on July 1 was also a shock. Taliban messaging acted to amplify this apprehension. The Afghan government did not succeed in refuting this understandable anxiety.

The Taliban added a powerful combination of propaganda, social media, and negotiation to its military capabilities. After initial success in attacking Afghan government forces in isolated rural outposts, the insurgents would negotiate with their enemies, either directly or through interlocutors such as tribal elders or local politicians. The insurgents sometimes successfully demanded a surrender, on other occasions they offered that if the government forces laid down their arms and abandoned their positions they would not be attacked. The message was along the following lines: “We have defeated the U.S., who are departing. Your government is corrupt and illegitimate. If you surrender now, we offer mercy. If you fight, you will die.” Sometimes the Taliban encouraged Afghan commanders to change sides, offering money or the prospect of appointments with the Taliban.

As the campaign gathered momentum, messaging was exploited and reinforced by Taliban social media, an area where they became increasingly effective over recent years. Videos of Taliban fighters attacking were followed by images of abandoned fighting positions, then of Taliban taking control of urban areas and empty government buildings and finally of shops and schools re-opening. Sometimes there was video of government forces departing at speed in Humvees and SUVs. This was a well-managed information operation which sought to present the Taliban as tough and militarily effective, but magnanimous to those who surrendered and effective at imposing stability after the fighting had moved on. The Afghan government offered no effective counter to this narrative.

Since the Taliban office in Doha opened in 2013, there has been a unity of political messaging. Taliban spokesmen have become increasingly proficient in engaging the international media. This was shown by the unprecedented interview of a Taliban spokesman by a female journalist on Tolo TV, an independent Afghan TV station and by the 17 August Kabul press conference by the long-hidden Taliban media chief Zabihullah Mujahid.

In recent years, U.S. military doctrine has increasingly emphasized the importance of integrating “information operations,” a polite term for propaganda, with military operations. Of all recent wars, this year’s Taliban offensive has been the most successful example of this — a master class in combining the battle of the narrative with the battle on the ground. Will the Pentagon learn from this?

Ben Barry commanded an armored infantry battalion and a multinational brigade on UN and NATO operations in Bosnia and was director of the British Army Staff in the UK Ministry of Defence. He is a visiting professor at the Department of War Studies at King’s College London, and the author of Harsh Lessons: Iraq, Afghanistan and the Changing Character of War (IISS, 2016).