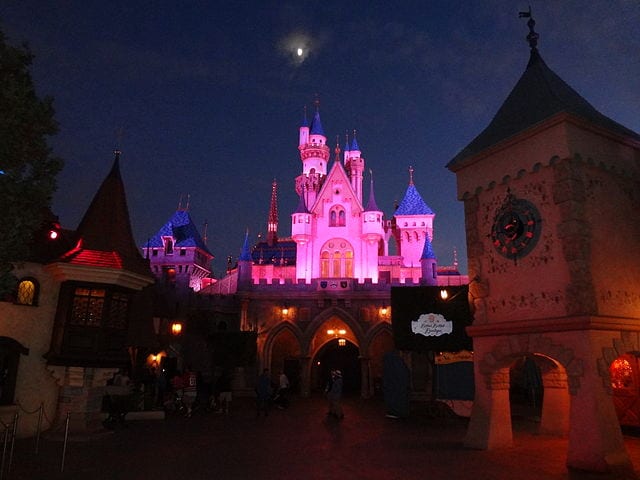 In President Trump’s SOTU was a line that ruffled identity politics feathers: “Americans are dreamers, too.” That many were offended by this innocuous observation — a commonplace idea throughout the history of the republic — is yet another sign of deep societal divisions. And tally another noun hijacked by the political class.

This was brought home to me when on February 5 I took a tour of Disney’s iconic Burbank studio with friends. It held for me a special extra significance: When in 1957, just shy of 10 years old, I visited Disneyland for the first time, my father introduced me to Walt Disney, the Ultimate Dreamer. Adventureland, Fantasyland, Frontierland, and Tomorrowland were the only theme parks open then.

This Disneyland Timeline shows how Disneyland Anaheim began, with 18 attractions on July 17, 1955. By October 1956 there had been 5 million visitors; by end-1957 the number reached 10 million. And here is how Disneyland Anaheim looked in 1957 (4:25, video by Disney films from vault). I will not even attempt to guess how many viewers have seen the treasure trove of Disney Studio films.

Why should advocates for so-called Dreamers — in reality, people whose parents (or other adults) chose to bring them here — own the label? It confers special status on the sheer accident of having been brought here. What about those who dreamt of coming to America, who applied but did not get in, or weren’t allowed to stay, having come here — legally? What about their dreams — dashed by immigration bureaucrats implementing a perverse, politically correct ideology?

This does not mean we should deport all the (misnamed) dreamers. SecDef James Mattis has prevailed upon DHS not to deport those who served in the military. And a charity called No One Left Behind began in 2013 to raise funds (2:24) over the Internet to bring to America those abroad who helped American forces.