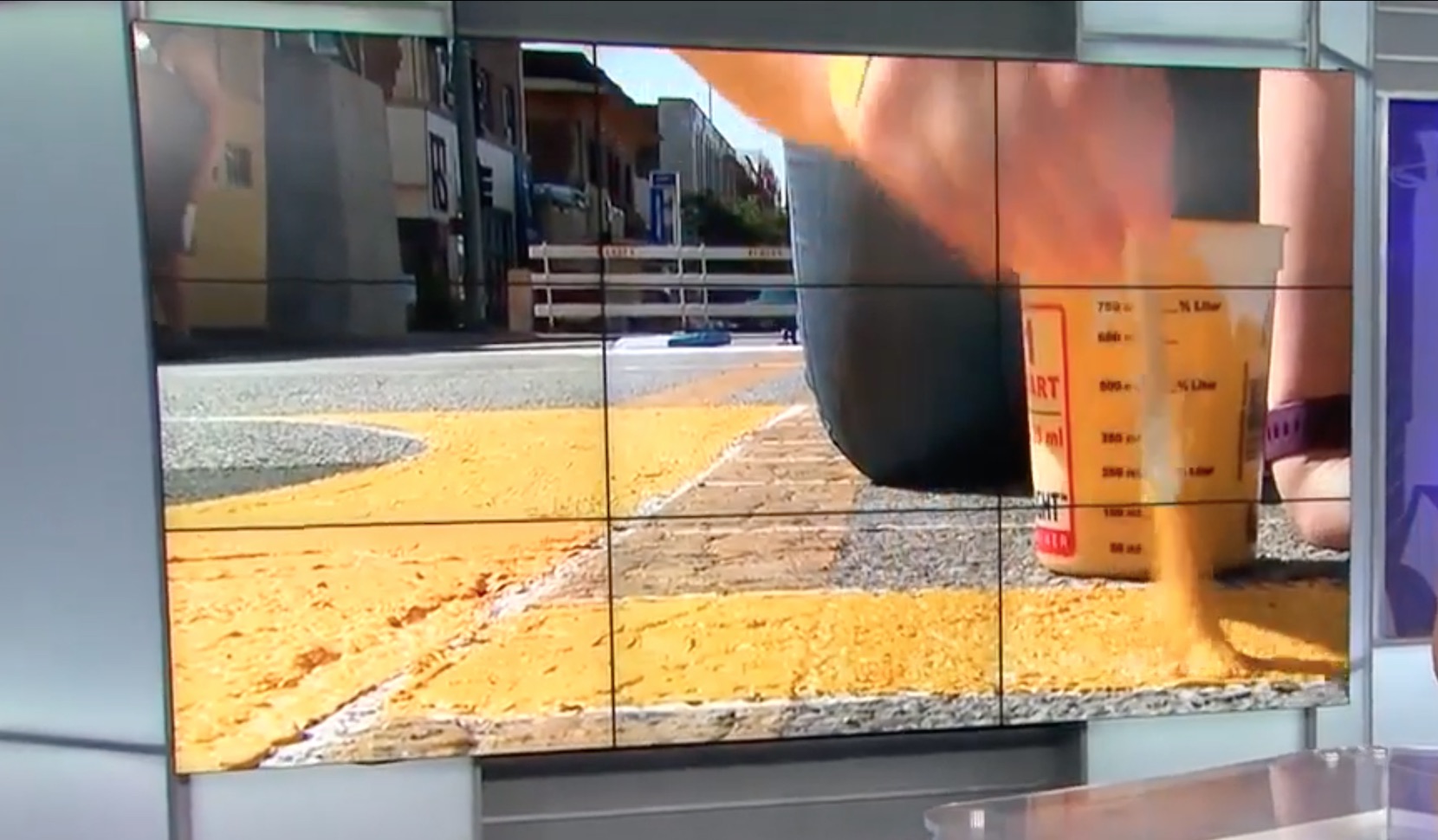 “There’s no way you can do any homework on Black Lives Matter and not see that it’s a Marxist political organization,” Jason Whitlock, America’s bravest sportswriter, told Tucker Carlson of Fox News. BLM “is not about black death. It’s not about black men.” Whitlock, who is himself black, knows whereof he speaks.

The civic leaders of Kansas City, Missouri — where Whitlock got his start — refused to do their homework. On Saturday, Black Lives Matter murals were painted on six city streets to address “systemic racism” in a city that, although only one-third black, has a black mayor, sheriff, county executive, and congressman. Of the 13 members of the City Council, the sole Republican was the only one to vote against the project.

On Thursday, America will likely see the murals on reverential display when the NFL kicks off its season in Kansas City, home of the Super Bowl champion Chiefs.

Organizers are calling this the largest project of its kind in the world. Six local black artists led the design, a thousand people volunteered to help, and the City of Kansas City invested money it doesn’t have to get the job done.

Like many of my fellow citizens, I now have some sense of how Ukrainians must have felt watching their overlords erect statues of Stalin in their town squares. They were forced not just to endure Soviet lies, but to celebrate them.

To be sure, the lies that sustain BLM are not as lethal as those that devastated the Ukraine under Stalin. Nor does a gulag await dissenters, at least not yet. That said, corporate citizens risk their careers should they protest the BLM shakedown, and business owners risk their shop windows — at least those that survived BLM’s “largely peaceful” protests earlier in the summer.

On Thursday, America will likely see the murals on reverential display when the NFL kicks off its season in Kansas City, home of the Super Bowl champion Chiefs. “This is a historic failure of men and leadership,” said Whitlock of the NFL’s capitulation to BLM. “This is cowardice at its highest level. This is the NFL jumping the shark and saying we quit being who we said we are.”

Like Whitlock, I have done my homework. In the summer of 2013 I attended the George Zimmerman trial as part of my research on the shooting death of Trayvon Martin for my book, If I Had a Son. What drew me to the case was the ability of the media to transform a transparently innocent Hispanic civil rights activist into a killer white supremacist. Scarier still, the Obama White House endorsed this perverse alchemy. So did Black Lives Matter. BLM sprang to life, so says its website, “in response to the acquittal of Trayvon Martin’s murderer.” Murderer?

In the fifth year of the Obama presidency, BLM pushed the outrageous fiction that African Americans were “systematically and intentionally targeted for demise.” Had BLM leaders gone after the abortion industry — more than 200,000 black innocents are killed each year — one might have taken them seriously, but they did not. Indeed, Planned Parenthood is an ally.

Not content to ruin the life of one innocent man, BLM headed to Missouri in August 2014. There, according to BLM, “Mike Brown was murdered by Ferguson police officer Darren Wilson.” Murdered? The fact that a local Democratic prosecutor and Obama’s Department of Justice cleared Wilson of all charges mattered not a whit to BLM. Its founders have adopted the judicial standards perfected during the Moscow show trials: guilty if politically useful. In Ferguson, they also got a new mantra, “Hands up, don’t shoot.” Another lie.

As BLM saw things, “Ferguson was not an aberration, but in fact, a clear point of reference for what was happening to Black communities everywhere.” In a sense Ferguson was a point of reference. Troubled young men like Martin and Brown had become commonplace in black America. Abandoned by their families, they transferred their increasingly criminal rage onto white (or “white Hispanic”) authority figures and suffered the consequences.

Ferguson was a point of reference too for America’s police. I met with Wilson shortly after he was cleared by the DOJ. We spent the afternoon pushing his newborn in a swing, speculating on his non-existent future in law enforcement. Forced out of his previous home, Wilson had to buy this one through a proxy — and he did everything right.

The cops got the picture. They knew they too could face termination, lawsuits, criminal charges, and death threats, all driven by the mandates of mob justice. They knew as well that the political class, from President Obama on down, would gladly throw them to the wolves to appease the mob and reinforce the Left’s slanderous race narrative.

Nationwide, but especially in cities where rioting followed lethal police-perp encounters, cops instinctively began to pull back from actively policing black neighborhoods. Sensing opportunity, criminals moved into the void. Attorney and Manhattan Institute fellow Heather Mac Donald has dubbed this phenomenon the “Ferguson Effect.” Observed Mac Donald in a 2016 Washington Post column, “Arrests, summonses and pedestrian stops were dropping in many cities, where data on such police activity were available.”

At an emergency session of police chiefs held a year after the Ferguson incident, Chicago Mayor Rahm Emanuel explained the phenomenon to Attorney General Loretta Lynch. Police officers “don’t want to be a news story themselves,” said Emanuel, “they don’t want their career ended early, and it’s having an impact.”

After Brown’s death in August 2014, the trend sharply reversed itself. In 2015, the murder rate rose nearly 11 percent, its greatest one-year jump in a half-century. In 2016, the trend continued with an 8.5 percent increase over the year before.

Thanks in no small part to BLM, nearly 3,000 more Americans were murdered in 2016 than in 2014, as many as 2,000 of them black. Missouri proved particularly vulnerable. Statewide, the murder rate nearly doubled from 2014 to 2017, and there was no good explanation for the surge in Missouri or nationwide other than the Ferguson effect.

Reeling from the “Minneapolis effect,” cops have pulled back even further, and the thugs have reclaimed lost territory. The night before the Kansas City murals were painted, BLM bully boys and girls roamed at will through the streets of Rochester, New York, harassing sidewalk diners and turning over their tables.

On that same day, Kansas City reported its 139th homicide of the year, 30 percent more than at this stage of 2019, 60 percent more than in the entire year of 2014, and 20 times more than in neighboring Johnson County, Kansas, which has a larger population. The great majority of those killed were black. So were their killers. According to the Violence Policy Center, “Missouri now has the highest rate of homicides among African-Americans of any state in the nation,” and it is not cops who are doing the killing.

Oh yeah, one other thing. In deference to BLM, Kansas City Chiefs execs have banned the wearing of Indian headdresses at the stadium currently called “Arrowhead.” If the City Council were to declare the fans’ famed “Tomahawk chop” a hate crime, no one here would be surprised.