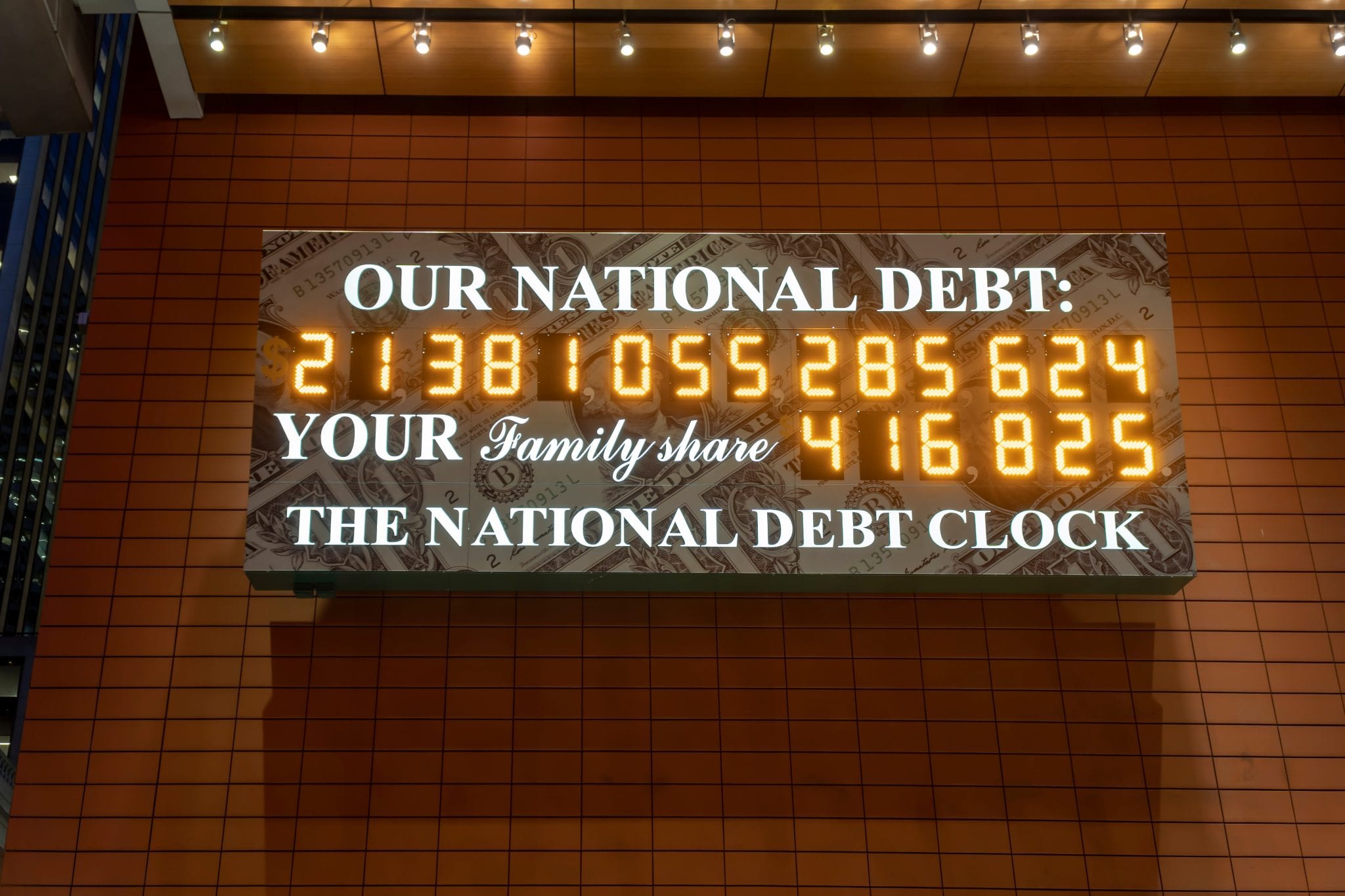 There is no shortage of prodigal people in the world. They chain themselves to expensive habits or addictions, pursue short-term pleasures and conveniences, are wasteful with other people’s money, and increase their spending when their incomes decline. Their sins are punished by bankruptcy, bad credit, and social isolation. The same goes for irresponsible families, organizations, and corporations.

The American government, arguably the most prodigal entity on earth, is feeling none of the pain that its thriftless behavior has earned it. Instead, its growing debts are seen, with increasingly bipartisan agreement, as a can to kick down the road and a burden for future generations to sort out.

The blindness with which America is heading into its coming crisis was confirmed again on Monday, when President Trump announced a new budget agreement between the White House and Democratic leaders in Congress. The deal, which still has to be passed by Congress and then signed by the president, would increase federal spending by $320 billion and suspend the debt limit until the end of July 2021.

The compromise will be easy for Democrats to swallow. Other than the extension of some small cuts to Medicare, liberals will be able to maintain their domestic spending priorities. The Democratic Party and base are unlikely to raise much of a fuss about deficits and government spending, lest they kneecap “Medicare for All” and the multitude of other public programs being pushed by their presidential candidates.

Tactically, Trump stands to benefit from keeping the debt ceiling issue shelved until after the 2020 election. An ugly fight over debt, or even a government shutdown, would draw politically painful attention to America’s mounting burdens and undermine Trump’s reelection message. And the continued stimulus from the combination of tax cuts and greater public spending will help to sustain America’s economic upswing, for which his administration will be able to take credit.

And what an upswing it is. Unemployment continues to fall toward negligible levels while the stock market soars. GDP has grown at a rate thought to be impossible. Consumer confidence is at decade highs, and even people who would be loath to give Trump credit for anything are quietly enjoying the benefits of a strong economy.

It is therefore all the more inexcusable for the federal government to continue to splurge. A CBO report released in June predicted that at its current trajectory, the U.S.’s current debt-to-GDP ratio of 78 percent would surpass World War II levels — the highest it has ever been, at around 120 percent — by 2040. This is not during a war with existential stakes, nor a protracted economic recession, but rather a peacetime boom.

Trump’s sweeping Tax Cuts and Jobs Act of 2017 caused a tax revenue shortfall of $270 billion in 2018. While the tax reform did wonders to fuel economic expansion, its sustainability was predicated on the president and Congress passing corresponding spending cuts. Such cuts have failed to materialize, and now the White House is forecasting a budget deficit of over $1 trillion this year.

Not even John Maynard Keynes, the intellectual forebearer of today’s liberal economic interventionists, would have condoned this sort of permanent stimulus. If government is to play a role in the economy at all, then it ought to take advantage of growth cycles to pay down debt rather than blow it up further. Suppose the warning signs of a slowdown in growth compound and worsen into another recession. With the government already deficit spending to such a degree, it would have limited means to prevent an economic collapse.

Regardless of whether or not one accepts the logic of stimulus, however, a growing debt means that current and future taxpayers will have to spend an ever-greater amount of their money paying the interest demanded by foreign creditors. There is no avoiding the steadfast rule that any amount of surplus prosperity achieved at the cost of red ink today means an equal or greater amount lost or unrealized tomorrow.

It is politically tempting, but ultimately destructive, to push for tax cuts while agreeing to more spending. The partisan cost of reducing the deficit is unequally distributed: Democrats will always endorse popular but unaffordable expansions of government spending. That leaves the thankless task of enforcing fiscal responsibility to Trump and the GOP. If Republicans won’t do it, who will?