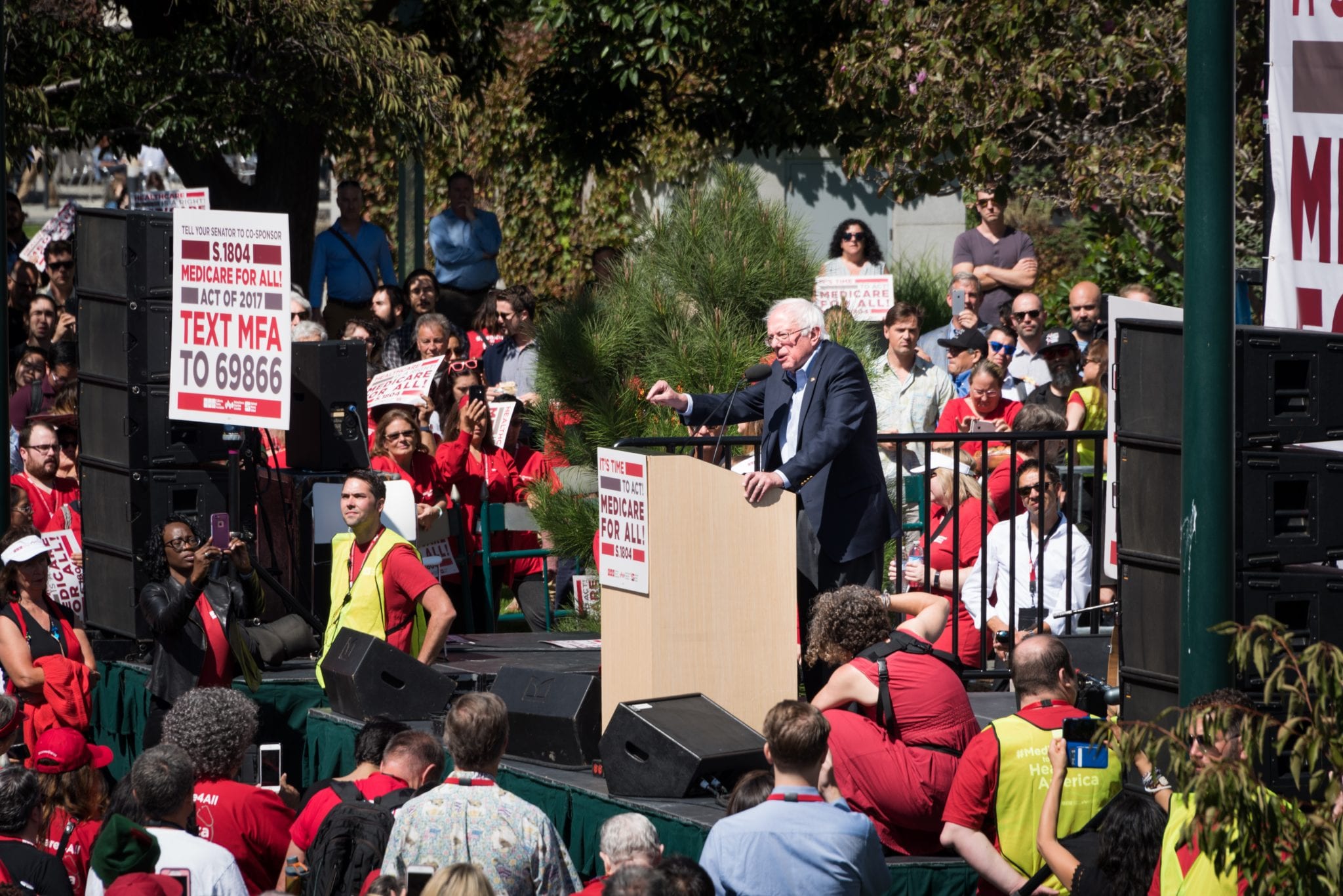 How much would “Medicare for All” cost? Up to $40 trillion over ten years after implementation, estimates Bernie Sanders, its truest believer. That number has nearly doubled since he ran for president three years and has plenty of room to grow.

During Sanders’ presidential run  in 2016, his campaign touted numbers by Gerald Friedman suggesting that Medicare for All would reduce U.S. health-care expenditures by around 20 percent. Friedman’s calculations assumed the total elimination of any form of private insurance as well as near-miraculous savings on drug purchases with negligible negative consequences.

Two years later, Sanders had mostly retreated from the one-legged optimism of Friedman’s math. In July 2018, the libertarian-leaning Mercatus Center released a working paper that estimated the cost of Medicare for All at around $32 trillion. While this is an enormous sum, it was in fact slightly less than the projected cost of the existing semi-private health-care system.

Leftist wonks quickly seized on the study: here was a free-market think tank admitting that public health care wouldn’t be unbearably expensive. Vox released a slightly desperate-sounding article touting the price tag as a bargain, and the talking point was soon rolled out by Sanders himself.

But progressives ignored two massive caveats. First, even if Medicare for AlAl cost the same as the current system, the fact that all of it is paid for by the government would require an enormous increase in taxes. Such taxation would translate into reduced incentives to work, not to mention the further malignant growth of government bureaucracy, fueled by trillions of dollars of additional taxpayer money flowing freely through state coffers.

Second, the Mercatus Center explicitly stated in its summary of the paper that it was offering a “conservative” estimate, meant to assume the realization of progressives’ best-case scenario. One assumption is that all hospitals and doctors would be paid exclusively at Medicare rates — far lower than what they’re paid by private insurers. Such a shift would shutter hospitals and put doctors out of work, likely resulting in the gutting of medical services in poor and rural regions. Attempting to preempt this, Sanders has slyly advocated for nice-sounding “hospital bailout” proposals, to the tune of billions of dollars. Similar bailouts could run into the trillions under Medicare for All.

When Sanders was questioned about the price tag of public health care again this week, he cited an estimated range of $30 to 40 trillion over a decade. Per the law of translating politicians’ promises, we can safely take the upper limit of that range: $40 trillion, a new high. Factoring in hospital bailouts, lost productivity due to taxes, and the inevitable bloat and waste that afflicts any government program, and this estimate is still far from honest. Nonetheless, it’s a start.