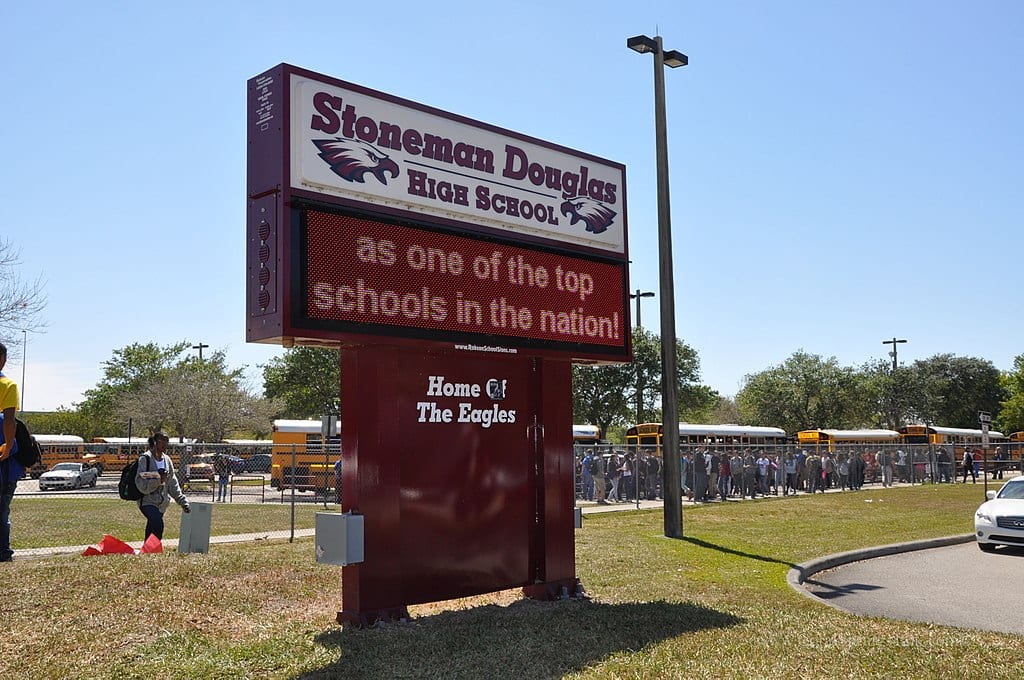 Is there a correct way to respond to a horrific tragedy? I’m thinking, of course, about the children in a Parkland, Florida high school, randomly shot dead by a deranged young man, long known by federal and local authorities to be dangerous, and the brave adults who died protecting them. Beautiful children whose joyous voices will never again be heard.

I’m not asking about an answer. A response is something quite different. An answer is rational. It’s capable of being articulated and shared, and expresses a causal relationship. A response is profoundly personal, an experience that bubbles up from the depth of our soul. In its immediacy, it resolves our puzzlement without solving it. To share it, you need something more than prose. You need metaphors, poetry, or music.

So forgive and bear with me if I seem to ramble.

It’s a treat for me when I come across an article by physicist and mathematician Frank Wilczek. This weekend, in the Wall Street Journal, he discusses why we haven’t heretofore encountered extraterrestrial civilizations. There are about a hundred billion stars in our galaxy — and maybe ten times as many planets and moons — more ancient than our earth, which would have had a jump on us when it came to the existence of advanced civilization and technological development. It follows that, by now, we should have made contact.

Wilczek first considers the hypothesis of “immoderate greatness”: At a certain level of complexity, civilizations simply implode. They yield to the stupendous fabric of their own weight, as Edward Gibbon wrote of Rome. So sophisticated alien civilizations may have come and gone without noticing us.

Then he considers the “silence is golden” hypothesis inspired by the powerful quantum computers that work best in an insulated environment, away from light and heat. Such complex civilizations might consider that their time is better optimized thinking than reaching out.

Finally, he proposes a hypothesis that encompasses both of the foregoing: “Good thinks come in small spaces.” Limited by the speed of light, the exchange of information in a truly advanced civilization would take too long were the computational entities spaced too far about. Such civilizations would eschew the outward exploration of, say, the Star Trek’s Enterprise, in favor of expanding inward, for only so could they achieve the speed and integration of information necessary to maintain their advanced status.

Let’s analogize the foregoing to the case of an overwhelming tragedy, like Florida. On one level, it’s right and proper to look for answers to the obvious questions: Who did it? How could we have let this happen? What might we have done to prevent it? What are the best plans we can implement going forward to protect against a similar occurrence?

This is the level of simple cause and effect, the level of “immoderate greatness” which consists of the totality of the answers provided by self-serving politicians, sanctimonious virtuecrats, indecently intrusive media, obnoxious analysts, self-important professors, sociologists, and the like. Our humanity implodes under the weight of their combined testimony.

The next level is more personal. We cut out the noise of the experts. In our silent contemplation we realize that no single answer will suffice. Simplistic causality is replaced by quantum probability waves. Things will look different to a parent who’s just lost a child than it will to a police detective or a criminologist. More than one thing can be true at the same time, depending on the perspective of the observer. Schrodinger’s cat can be both dead and alive at the same time.

Finally we come to the uniquely personal level, where we ask ourselves the eternal anguished question, “How could God have let this happen?”

Aaron must have asked himself that question when his brother Moses told him that his two sons had been struck dead while performing their priestly duties. “And Aaron was silent,” the Bible tells us. It was a silence that allowed him to transcend formulaic conceptions of justice, equity, and reward.

It’s in our inwardness, according to Soren Kierkegaard, that concepts like God, freedom, and eternity are transformed from mere ideas into lived realities. It’s here that we find the still, small voice that Elijah heard that could not be found in the noisy displays of earthquake and fire. And it’s here that we might find the strength to deal with the lasting scars of what happened at Marjory Stoneman Douglas High School, in Parkland, Florida, on February 14, 2018.