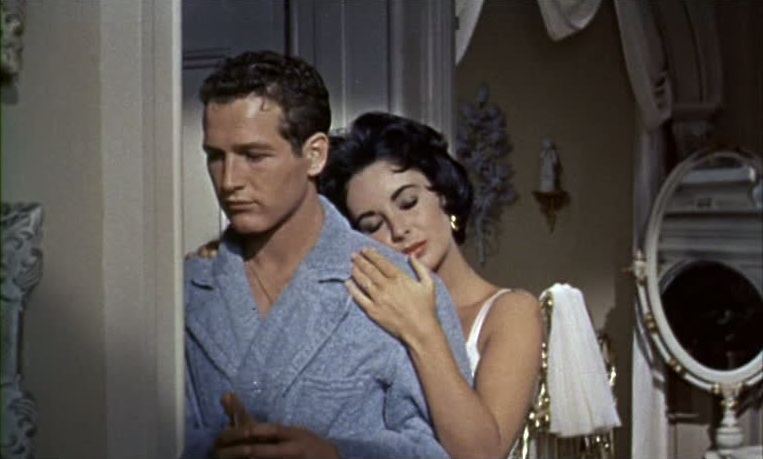 When my mother first met him, she threw her arms around his neck and kissed him on the mouth. So far as I know, she was not in the habit of doing such things. But he was an exception. For her, and for many another woman of her generation, he was the most sizzling number since — who? — Rudolph Valentino?

Which is why it’s interesting to read, in Paul Newman’s posthumous memoir, The Extraordinary Life of an Ordinary Man, that he never had a very high opinion of himself. Oh, he recognized that he was, at least in the eyes of many of the ladies, a first-class dreamboat. But throughout this book, which was assembled by David Rosenthal from the transcripts of interviews conducted by Stewart Stern some years before Newman’s death in 2008, the actor keeps talking himself down. 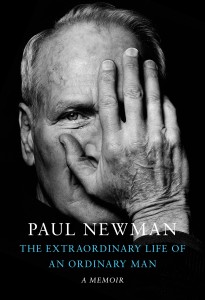 For example: he was a lousy student at Kenyon College. A goof-off in the military during World War II. He’d have us believe he went into showbiz — studying acting at Yale and the Actors Studio — mainly because he wasn’t sharp enough to do well in the usual academic subjects. During his first few years on Broadway and in Hollywood, he claims, he wasn’t really all that good. (“How, I still wonder, did I ever pass that audition?”) He also wants us to believe that he wasn’t catnip for the ladies — Joshua Logan, who directed him in Picnic on Broadway in 1953, purportedly told him he had no sex appeal — until Joanne Woodward, the Picnic co-star who became his wife of 50 years, entered his life and “gave birth to a sexual creature.”

In short, Newman wants to be seen as an unambitious boozehound whose movie stardom was, for a long time, based on his good looks. “I always had that trust fund of appearance,” he says. “Where the hell would I have been if I looked like Golda Meir?” Even in his later years he claims to worry about “not being good enough” and to “have great doubts about things.” But the insecure slacker he describes doesn’t sound like the kind of person who gets cast in a Broadway play at age 28 and lands the lead in a Hollywood epic a year later.

No, it sounds more believable when an old friend of Newman’s — in one of the book’s many illuminating sidebars by his nearest and dearest — testifies that Paul was, in fact, always very ambitious. While Newman himself maintains that he was a neglected outsider in high school (he grew up in tony Shaker Heights, Ohio), others remember him as being the star of his class. Actress Piper Laurie, who played his love interest in The Hustler (1961), reveals that “Paul always used to say: ‘What am I doing this for? I don’t know why I’m acting. I really want to be a carpenter.’” Yeah, right.

“I don’t know anything,” Paul tells us. He purports to be basically shy and uncomfortable with fame. Why, then, did he keep thrusting himself into politics? He gave a speech praising LBJ at the 1964 Democratic Convention; four years later he campaigned for Eugene McCarthy. In 1971 he was appointed as a director of the Center for the Study of Democratic Institutions, of all things, and during the Carter administration he accepted an appointment to represent the U.S. at — ugh — a UN disarmament conference.

What on Earth was Paul Newman doing involved in all this progressive mischief? Perhaps comic Mort Sahl has the answer when he says that Paul, the self-described know-nothing, in fact “wanted to be seen as an intellectual.” (Maybe that explains his otherwise inexplicable close friendship with the appalling Gore Vidal.) Oh well. At least — so far as I know — Newman was never nasty or aggressively dumb about his politics, unlike, say, Bette Midler, Rob Reiner, Cher, and any number of other loudmouthed Malibu lefties of today.

That said, some of Newman’s statements about his early adulthood are downright bizarre. While he has wonderful memories of Joanne’s pregnancies, he can’t recall anything about his first wife’s three pregnancies or deliveries. (No wonder his oldest child, Scott, was a self-destructive mess who died at 28 of a drug overdose.) About abruptly ditching his first wife and their kids for Joanne, Newman says he really didn’t understand at the time that he might be hurting them. Really?

In another mind-blowing admission, he confesses: “I never recognized things from someone else’s point of view.” He goes further: “Because I felt so detached from everything, I never had a sense of my children as people.” Also, “[i]t’s really just in the last few years that even Joanne, finally, slowly, became not a wife, not an actress, not a sex object, but a person to me.” He describes himself as “anesthetized in real life,” but this sounds like it’s way beyond “anesthetized.”

Oh, well. Back to his career. Interesting story. In 1955, James Dean’s death in a car accident makes Newman the new No. 1 choice to play all those brooding young dude roles that Dean has been getting. Paul’s career takes off. Reading about this, I think at once of how the witches in Rosemary’s Baby cast a spell on actor Donald Baumgart to clear the path for his perennial audition runner-up, Guy Woodhouse, played by John Cassavetes. And then, a couple of sentences later, it turns out that the only actor other than Newman that director Robert Wise considered to replace Dean in Somebody Up There Likes Me (1956) was — guess who? — Cassavetes. Well, I thought it was interesting.

About halfway through this book, I realized that there really aren’t many Paul Newman movies that knock my socks off. Many his early pictures — including the “H” titles of the 1960s, The Hustler, Hud, Harper, and Hombre, plus The Long, Hot Summer (1958) — are atmosphere-heavy character studies in which Newman is, as director George Roy Hill puts it, “[t]he sultry, hip-slinging brooding American male,” with all his Actors Studio moves visible 50 yards away. Zzzzzzz. The cutesy “Western comedy” The Life and Times of Judge Roy Bean (1972), Indy 500 drama Winning (1969), hockey tale Slap Shot (1977), and billiards yarn The Color of Money (1986) aren’t up my alley either.

Of his other movies, Exodus (1960) is noble but stultifying; The Prize (1963) and Towering Inferno (1975) are schlock; Torn Curtain (1966) is bottom-drawer Hitchcock; Absence of Malice (1981) is watchable, but with the look and feel (and musical score) of a TV cop show. I have a soft spot for Until They Sail (1957), about four sisters in wartime New Zealand, and the Shirley MacLaine farce What a Way To Go! (1964) is a laugh riot, but Newman’s roles in both films are minor.

On the other hand, Newman and Liz Taylor tear up the scenery to delicious effect in Cat on a Hot Tin Roof (1958); the two George Roy Hill flicks co-starring Robert Redford, Butch Cassidy and the Sundance Kid (1969) and The Sting (1973), are top-notch entertainments; The Verdict (1982) is as solid a courtroom drama as you’ll find anywhere; and Mr. and Mrs. Bridge (1990), in which Paul and Joanne play an aging Kansas City couple, is an utterly beautiful adaptation of two very appealing Evan S. Connell novels.

Inevitably, Newman’s memoir contains the usual movie-star whining about paparazzi, fans asking for autographs, and the like, and also includes a bit too much about his second career as — yawn — a race car driver. The most engaging part of the book, it turns out, is about his charities. In 1982, Paul and his friend A.E. Hotchner, the writer, concocted their own salad dressing and started giving it out to friends and selling it at local markets — one of those cute things that idle celebrities do. Years later, under the name Newman’s Own, it was raking in millions of dollars a year, along with other products bearing the same label, and helped fund a range of charities, most notably a camp that Newman founded for seriously ill kids.

Addressing this topic, Newman starts by serving up more of his self-doubt schtick: “I’ve always questioned my charitable impulses. I don’t know how altruistic they really are.” But after getting that out of the way, he comes out with a lovely sentence about the impact that his involvement with dying children has had on him: “Suddenly, here I am, an atheist, a nonmetaphysicalist [sic], who finds himself stuck right in the middle of God.” And then he recalls a conversation he overheard between one of the camp’s counselors and an 8-year-old boy whose shattered immune system will soon take him down. “The kid,” Paul recounts,

said he didn’t really know much about God, but he did know about the big bang theory, and he understood that there was incredible energy expended in that concept and likened it to an atomic blast. The kid said he understood, though, that you couldn’t get more energy out of anything than had been put in to create it.

“Well,” the counselor said, “I think I get back more energy from the camp than I put into it.”

The eight-year-old kid looked back at the counselor and said: “Well, you see, maybe that’s what God is.”

It’s the best sentence in the book. And it’s not by Newman or by any of his marquee-name sidebar commentators — John Huston, Karl Malden, Elia Kazan, Richard Brooks — but straight out of the mouth of an obscure, dying 8-year-old child. Which may be a lesson (Matthew 20:16) for those of us who are so besotted by movie stars as to be capable of rushing up to them and, unbidden, kiss them on the lips, as if to say “My Lord and my God!”