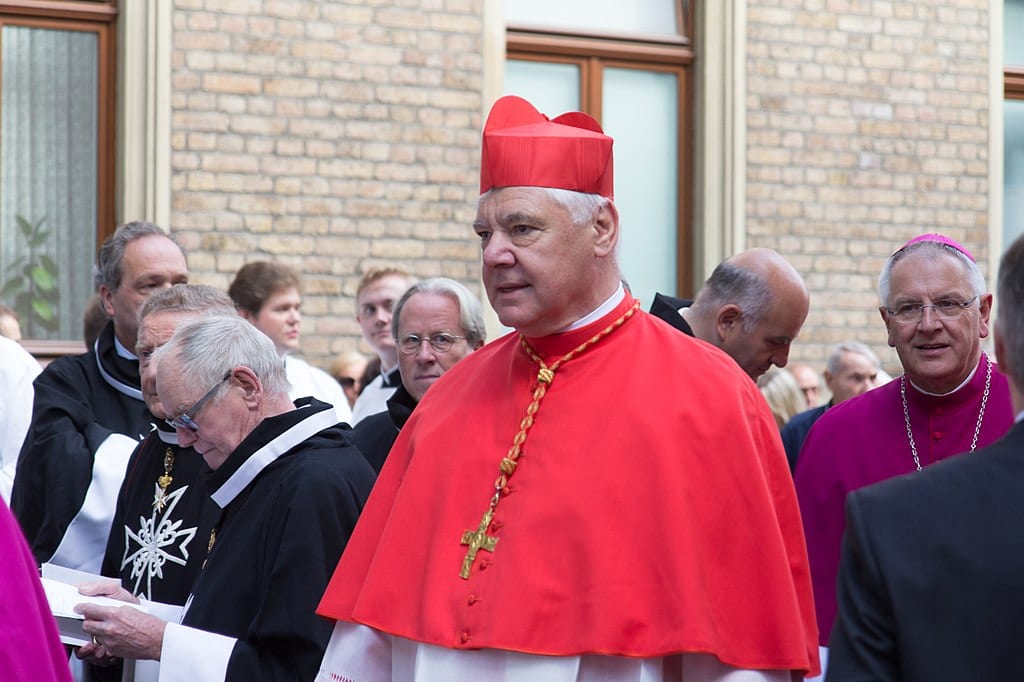 Pope Francis spent a brief period of his Jesuit formation in Germany. He was sent there to get a doctorate in theology, but, finding the work tedious and feeling homesick, he returned to Buenos Aires. He once told a fellow Jesuit that studying “fundamental theology” is “boring” — a bizarre attitude for a churchman that explains his intellectually slipshod pronouncements.

Not that Francis doesn’t revere German theologians. He does, exceedingly so, particularly heretical ones. During the conclave that elected him, he stayed in a room across from Walter Kasper, the German cardinal famous for his project to liberalize and Protestantize the Church from top to bottom. Jorge Bergoglio said Kasper handed him his book on mercy — an absurdly heretical tract about how the Church needs to adopt the world’s version of morality on LGBT issues and the like. Bergoglio said Kasper’s book provided him with some delightful reading before he fell asleep. Shortly after he became pope, he singled out Kasper as one of his “favorite” theologians.

Francis is also close with Cardinal Cláudio Hummes of Brazil, who is the chief organizer of the Pan-Amazon Synod. Hummes, an outspoken socialist and opponent of traditional teaching, is the son of a German-Brazilian father and a German mother. He is one of the architects of the Latin American–German alliance to revolutionize the Church — what Cardinal Gerhard Müller, the former head of the Congregation for the Doctrine of the Faith, calls the “wrecking ball” the synod will release upon the faithful, as reported by LifeSiteNews.

That’s no exaggeration. Look at all the new bishops and cardinals, preening at the synod under the pope’s supportive gaze, who now say openly that they favor LGBT rights, divorce and remarriage, female deacons, even female priests — the same cardinals who shrugged at the news this week that nuns are hearing confessions and presiding at weddings in South America, the same cardinals who consider it a mere trifle that the pope would tell his Boswell, the doddering Eugenio Scalfari, that Jesus was just an “exceptional” man. (The Vatican still hasn’t issued a convincing clarification about that astounding part of the Scalfari interview.)

“The synodal process in the realm of the German Bishops’ Conference is now being linked with the Synod for the Amazon, and this is done for ecclesial-political reasons and as a leverage for the restructuring of the Universal Church,” says Müller. “Additionally, at both events the protagonists are nearly identical, and they are even financially and organizationally connected by way of the relief agencies of the German Bishops’ Conference.”

The German fingerprints on this synod are a recurring theme in my conversations with Church insiders in Rome. It is the Germans, they say, who shipped in the Indian activists who performed pagan rituals in the Vatican gardens, as well as the Soros-style activists who put up the poster of an Amazonian mother breastfeeding a dog and the other pieces of weird propaganda dotting churches in Rome.

The pope says the synod must reject the “colonialist” prejudices and dictates of the past, even as he christens a new and far more disfiguring neocolonialism under the United Nations. Papal dilettantes, German liberation theologians, and UN bureaucrats are teaming up to foist upon the hapless Amazonians the moral and political schemes of the global elite. The Amazonians are simply guinea pigs on whom the Planned Parenthood crowd can experiment. The old colonialists took pagan idols out of the Indians’ hands and put rosaries in them; the new colonialists hand them condoms and birth control pills, all the while purring about their refreshingly “natural” and “non-modern” modes of living.

It was Hummes, according to the pope, who whispered in his ear on the Vatican balcony, “Remember the poor” — one of the many socialist conceits that led to this sorry synod. The pope hasn’t remembered the poor so much as exploited them in the name of socialism. St. Peter’s Square, in fact, is teeming with hobos, many of whom don’t appear to be receiving much help from Francis-friendly cardinals snug in their beds behind Vatican walls.

Outside of the Vatican press office, which is part of a Vatican-owned building full of grand apartments for the cardinals, the homeless sack out for the night. Meanwhile, the Indian activists flown in by the German bishops stay at four-star hotels, where they can don their face paint before meeting up with the pope for a photo-op or before hitting seminars about “Civil Society Commitment on Indigenous and Environmental Issues Through Advocacy at the UN.” (That’s one of the many UN-tainted posters I have seen in Rome. Two of the sponsors for the event were the Franciscans and the Religious of the Sacred Heart of Mary.)

What a gigantic con. Here we have an “evangelization” synod that will neutralize evangelization, a synod on “respecting Amazonian ancestral wisdom” that will turn Amazonians over to UN social engineers, a synod that seeks “new pathways for the Church” that will only lead demoralized Catholics out of it. Mixing the waters of the Rhine, Tiber, and Amazon can only poison all three.