Border Lines Biden Administration,Border,Illegal Immigration,Immigration,Title 42 The Repeal of Title 42 Would Bring Calamity - The American Spectator | USA News and Politics
Menu
Border Lines
The Repeal of Title 42 Would Bring Calamity
There will be immediate overcrowding in border states.
by Gary Anderson
Migrants from Columbia wait to be processed after turning themselves over to authorities at the United States–Mexico border on May 12, 2021, in Yuma, Arizona. (Shutterstock/Ringo Chiu) 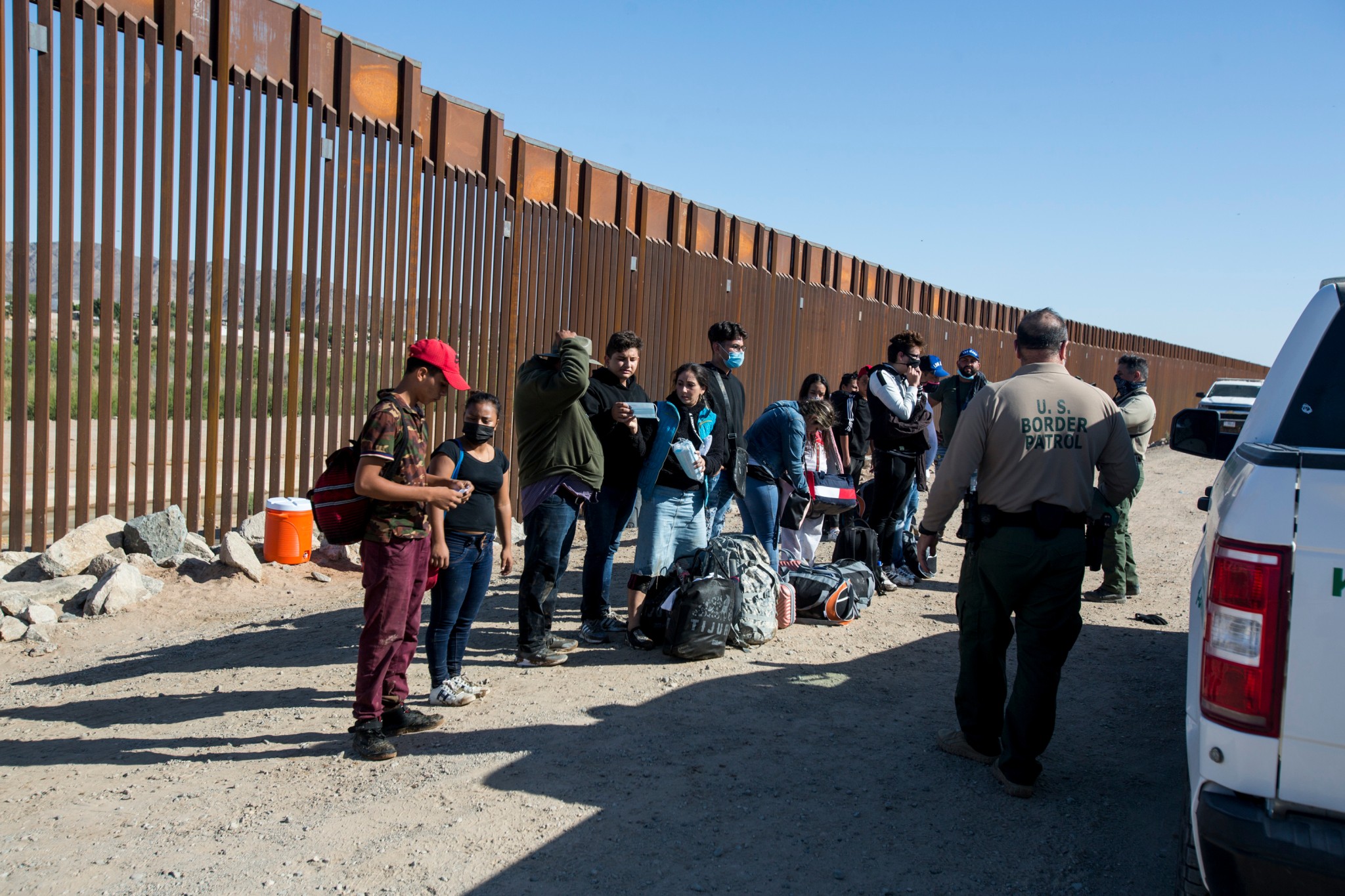 The Southern border of the United States is spiraling out of control. Within the next few months, it will explode into a full-scale calamity. While the situation has been developing for a long time, there has been no effort to correct it.

The estimated number of migrants congregating at the border varies greatly, but Border Patrol reported over 1.6 million encounters with migrants in 2021. The potential number that could cross the border in the next few months is staggering.

The crux of the issue lies with the asylum laws that are currently in place. Once a refugee enters the United States, he or she can be granted asylum. This means that they can’t be returned to their country and the United States is obligated to protect them. Migrants understand this law all too well.

Immigrants crossing the border from Mexico into the United States to seek asylum is nothing new. Why wouldn’t they? Once they arrive in the United States, they are often offered a multitude of public assistance programs, including Refugee Cash Assistance, Refugee Medical Assistance, and Medicaid. This amounts to a free ride. Since migrants have not contributed any money to these programs, it is an enormous drain on the system. The cost for these programs will fall on the already overburdened American taxpayer. To top things off, the current administration wants to allow even more migrants in.

In early 2020 when the COVID-19 pandemic began in the U.S., the flow of migrants came to a sudden halt. The Trump administration found an obscure law called Title 42 and implemented it to limit the number of migrants due to the pandemic’s public health concerns. Now, the Biden administration wants to repeal Title 42 and let the unrestrained stream of immigrants overwhelm the border states.

Biden has stated that he intends to repeal Title 42 on May 23 and allow for the massive influx of migrants to cross the border. Permitting such a large number of migrants with unchecked backgrounds will without a doubt create dreadful consequences. As the elected leader, he is not protecting the best interests of this country and certainly not those of the border states.

Will Biden remain committed to repealing Title 42? Who knows. It is apparent that Washington bureaucrats have no regard for the border states and will not act to protect them. Many Republicans are opposed to this move and members of Biden’s party are discouraging him from repealing the title. With the midterms on the horizon, West Virginia Sen. Joe Manchin and at least a dozen other Democrats in competitive races are joining the fight against the repeal.

There is a glimmer of hope. In early April, three states, Arizona, Missouri, and Louisiana, filed a lawsuit against the Biden administration to prohibit the repeal of Title 42. Twenty-one states have now joined the ligation. The suit is claiming the repeal is a violation of the Administrative Procedure Act, which dictates how the government can change policies. On Wednesday, a federal judge in Louisiana issued a temporary restraining order stopping the Biden administration from rescinding Title 42.

If Title 42 is in fact rescinded in May, those border states will be faced with unprecedented challenges. Unfortunately, these states are not prepared for the onslaught. With the large number of migrants crossing into the border states, there will be immediate overcrowding in the nearby cities and towns.

There will also be a huge impact on public services. Once the migrants arrive, the public services sector will be bombarded with requests for benefits. How will it provide enough resources to meet the demand?

Certainly, another drawback will be an increase in crime. There are few statistics available that tie a rise in crime to an influx of migrants. However, it is known that poverty breeds crime and most of these migrants are poor.

The next few months will be a critical period for the border states. It simply does not make sense to repeal Title 42 and create all of these problems. Let’s hope the courts make the right decision.