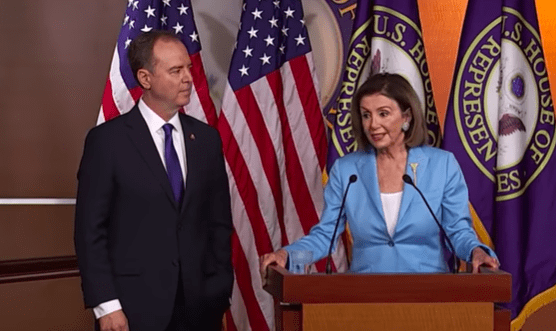 In November 14’s Wall Street Journal, Peggy Noonan properly calls to mind the American ideal of competent public servants whose devotion to the good of the country give balance and coherence to our nation and a sense of purpose that transcends partisanship. The debt we owe such servants is like the debt we owe in even larger measure to our military and our police — those citizens who choose to put risk their very lives to ensure the safety and the freedom of all citizens.

But Noonan is wrong to see this as the main point in the ongoing effort to remove an elected president from office. What is at issue — and has been since Trump’s 2016 presidential campaign — is that those whose role is to serve have arrogated to themselves the right to determine policy and to secure their own power at the expense of the people, who never delegated such power to them in their Constitution.

Our military is our pride because, among other things, it does not attempt to use its power to control the government. It was a five-star general himself who warned us of the dangers of a military-industrial complex subverting our democracy. Our civil servants in the government bureaucracy have not been so circumspect.

The central question now is whether or not our government can be effectively run by those who have not been elected by the people to do so. Or have those who should be our servants and follow the policies set by the one we elect instead insulated themselves ever more powerfully from review and control by the people they are meant to serve?

This is exactly what we saw emerging in the emails among FBI officials running roughshod over constitutional privacy rights in their zeal to assure their desired outcome in the 2016 election and the willingness of many people in the bureaucracy to use the power of police and intelligence to intervene in an election. The slow process of methodically amassing evidence of criminal wrongdoing by these officials is well underway. We need not just the aroma of respectability and competence that we all want in all our civil servants but also the meat and substance of dedication to the people and their sovereignty in this republic. Trump’s case to the people in 2016 was that bureaucrats need reining in.

The impeachment hearings have not yet brought evidence of a crime known to law. As Adam Schiff defends his process now, he must redefine the crime of bribery into something it has never meant. In doing so, he leaves behind the most fundamental idea of liberty under the law that has distinguished the American and English traditions. As Alan Dershowitz recently pointed out, this takes us instead into the realm of Stalinism: “Show me the man, and I’ll find you the crime.”

But even though a writer who has been so consistently attuned to America’s heart as Peggy Noonan is missing the great and overriding point, the lesson to be learned today is one hammered in relentlessly by my high school English teacher: don’t tell; show. Only an evidence-based case can excise the cancer of distrust and hatred that has infected our body politic.

Please, those of you entrusted with the enforcement of our laws, set forth a case that shows the difference between the perversion of the system and the real thing. Only that actual process of law, based on hard, irrefutable evidence, showing violations of laws we all know and recognize, will clear the malignancy from the body politic and allow it to begin the long process of healing. We citizens will do our duty by listening attentively and critically and doing all we can to support and preserve the Constitution that makes not the president or the bureaucracy sovereign, but the people.