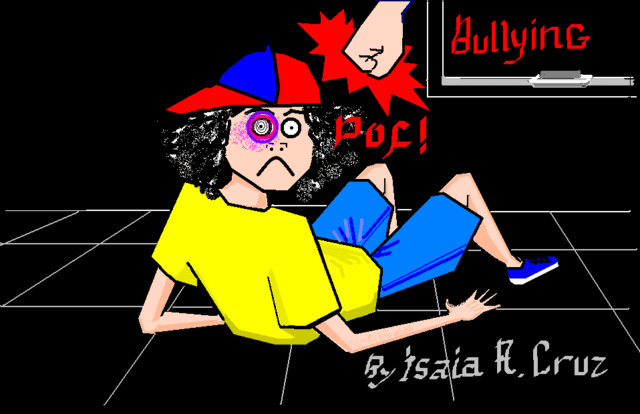 Although violent incidents in schools have declined since the 1990s, recent high-profile school shootings have put parents (and children) on edge, wondering if their son or daughter will be the next victim of a crazed gunman’s rampage. It can be difficult to attribute exact motivations to people, especially younger ones, who commit heinous murders or suicide. But many school shooters were victims of abuse and bullying, including the Parkland shooter who gunned down students at Marjory Stoneman Douglas High School in February.

The correlation between bullying (and other forms of unwanted, aggressive behavior) and suicide, as well as emotional distress and relationship issues, has been well documented. This is not to suggest that children who are victims of violence at schools will become violent themselves — the majority will not. But, we should consider alternative, innovative ways to prevent or, at the very least, alleviate bullying and harassment before the victims take matters into their own hands by doing something drastic and/or horrific.

Legislators and activists overwhelmingly focus on confiscation or prohibition of weapons to solve the issue of school violence. But their myopic view of the problem causes them to overlook other solutions that could reduce school violence. For example, increasing school choice alone would likely decrease school bullying. How so? Simple, school choice allows students to escape their unsafe “assigned” school.

Child Safety Accounts (CSA), which would be available to every student facing a dangerous school environment, is one option lawmakers and activists ought to consider. As outlined in a new Heartland Policy Brief, “Protecting Students with Child Safety Accounts,” state education dollars, which are annually allocated for public school pupils, would fund a CSA. The funds could be used to transfer eligible students to a safer school (public, private, charter, or virtual) within or beyond their residential district. The funds could also be used for homeschooling expenses, necessary emotional therapy, and other education expenses. Parents and other private donors could further fund, or “top off,” the CSAs if the state-allocated money is not enough to cover education expenses.

As it stands, wealthy families possess a major advantage if they want to transfer their victimized children from a dangerous school because they can afford to pay for private schools. Data show private school enrollment increases by 10 – 12 percent after a school shooting. CSAs level the playing field because they allow all students the opportunity to attend a safe school of their choice. CSAs ensure vulnerable students who are disadvantaged by the financial circumstances of their parents have the opportunity to receive an excellent education — free from constant bullying and harassment.

If states pass CSAs, more children who report being unsafe in their schools could quickly leave them for greener pastures.

The Department of Education (ED) recently released its “2015–16 Civil Rights Data Collection on School Climate & Safety,” a survey of all public schools and school districts in the United States. According to the survey, the number of serious incidents during the 2015-16 year approached 1.1 million, including more than 800,000 physical attacks or fights with or without weapons. And, about 1 out of every 100,000 students attended a school that reported a school-related shooting or homicide. Another ED report found 21 percent of students aged 12–18 reported being bullied at school during the 2015 school year.

Fear about safety not only hurts students emotionally and physically, but also academically. In 2015, 14 percent of 15-year-old students attended schools that reported student learning was hindered by students intimidating or bullying their peers. Perhaps the disappointing and stagnant education performance of students, even with increases in school funding over recent decades, can be partially attributed to the hostile school environment many are trapped in.

Parents are desperate for more education choices because schools cannot adequately protect their children from harm. Instead of focusing solely on banning guns, the focus should be on solutions that reduce the causes of violence in the first place. No student should be forced to endure an unsafe education environment because of circumstances beyond his or her control. A CSA is a simple solution that would reduce bullying, thus allowing students to focus more on academics and less on their physical and emotional safety.

Arianna Wilkerson (AWilkerson@heartland.org) is a government relations coordinator at the Heartland Institute.

Lennie Jarratt (LJarratt@heartland.org) is a project manager for The Heartland Institute.