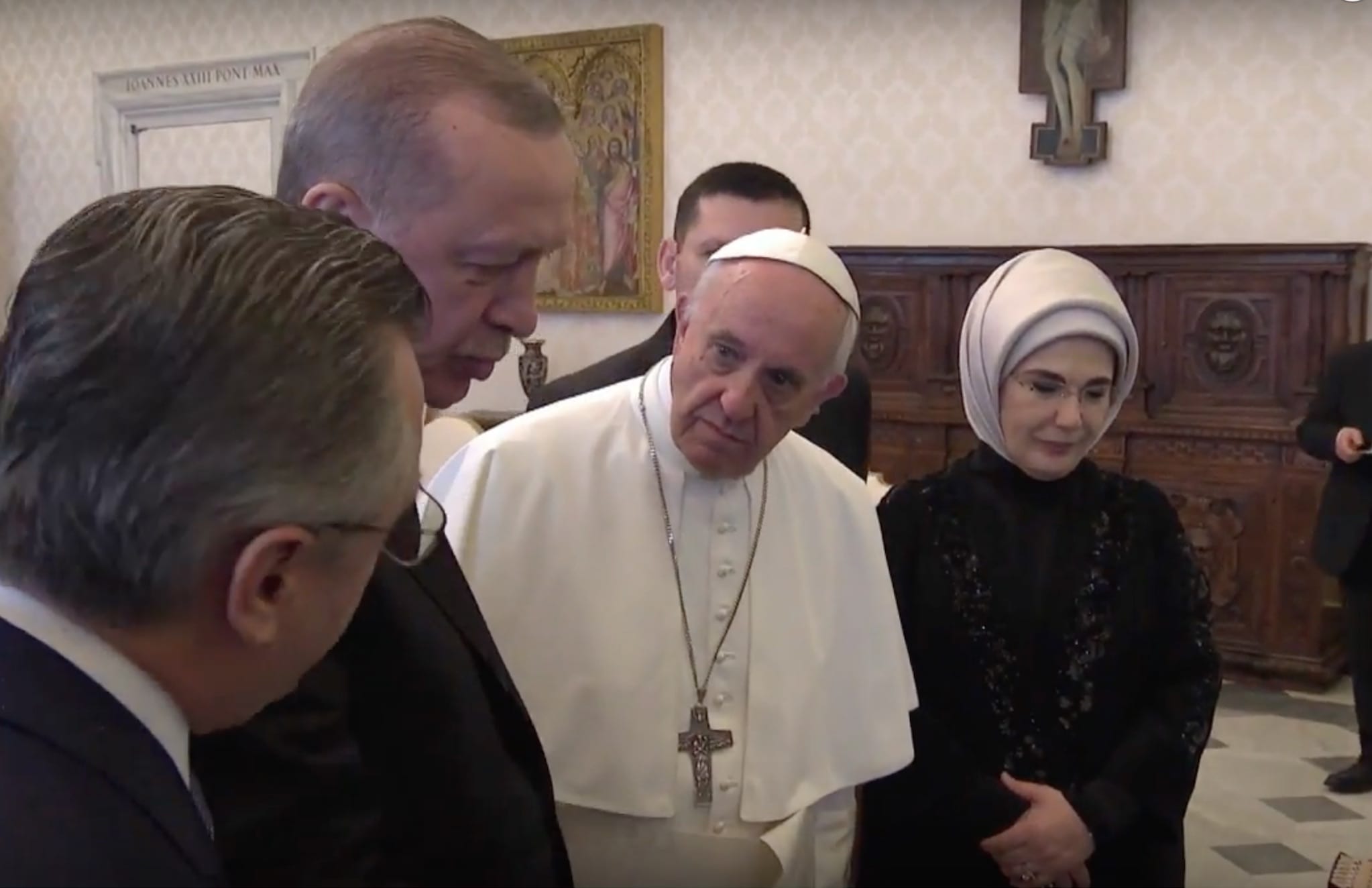 It seems that for Pope Francis no priority is greater than patching up every religion except his own. As the Catholic Church in 2019 reels from the abuse scandal, where do his travels take him? To the Islamic world, notes an admiring press. This spring, reports Crux, “he’ll have a jam-packed papal itinerary that will focus heavily on dialogue with the Islamic world.” In February, he visits the United Arab Emirates. In March, he goes to Morocco.

Over the course of his pontificate he has made trips to the Middle East, Turkey, Egypt, and Islamic countries on the continent of Africa. His enthusiastic embrace of Islam has left Muslim converts to Catholicism and persecuted Christians very perplexed. Crux has reported that a “group of Algerian and French converts to Christianity launched an online petition asking Francis to reconsider his conciliatory attitude toward Muslims and the Islamic faith.” They wonder, “If Islam is a good religion in itself, as you continue to teach, then why did we become Catholic?”

The popes of the past would have asked the same question. They would have found his eager defense of Islam incomprehensible. He often sounds less like a teacher of the Catholic faith than a spokesman for CAIR. He repeatedly calls Islam a “religion of peace,” even as Islam’s persecution of Catholics accelerates and its violent branches extend farther into once-Christian lands.

He is given to making gratuitous pronouncements about “authentic Islam and the proper reading of the Koran.” That leading Islamic authorities completely reject his liberal spin on their religion doesn’t seem to bother him. He makes sure to conform perfectly to the fashionable liberal talking points about Islam at all times. His comments after Islamic terrorist attacks have been consistently astonishing and appalling. After Islamic terrorists mowed down the satirical cartoonists at Charlie Hebdo in 2015, he said, “You cannot provoke. You cannot insult the faith of others. You cannot make fun of the faith of others.” The famously pacifist pope even said that Westerners should “expect a punch” if they offend Islam.

The theme of his upcoming visit to Morocco is “hope.” But hope in what? Globalism? Syncretism? The logo for the visit — a blending of the cross and a crescent — would suggest the latter. In his trips to Islamic lands, his comments never approach anything even remotely resembling Christian witness. He instead confirms Muslims in the rectitude of their religion while signaling to the few remaining Christians in those lands that they shouldn’t look to Rome for any help from persecution. His crowded social calendar in Islamic countries testifies to his status as one of the Islamic world’s most useful propagandists.

As Europe turns into Eurabia, Muslim leaders have made common cause with a pope who often pooh-poohs the revival of a historically Christian Europe. In 2016, a group of left-wing Europeans awarded Pope Francis the “Charlemagne Prize,” not for honoring Charlemagne’s influence on Christian Europe but for repudiating it. In his acceptance speech, Francis sounded less like a pope than a pop singer: “I dream of a Europe where being a migrant is not a crime but a summons to greater commitment on behalf of the dignity of every human being.”

Once asked if he would even want secularized Europe to return to Christianity, he replied negatively. “States must be secular. Confessional states end badly. That goes against the grain of history,” he said. Of course, the very Islamic countries to which he is traveling are themselves confessional states, which he placidly accepts. He calls on Catholics, not Muslims, to reconcile themselves to modern secularism.

“I don’t want to convert you,” Pope Francis once said to a group of Protestant pastors visiting the Vatican. His message to the Islamic world is the same. He is the perfect pope for a post-Christian age, reducing the Church’s “witness” to the ratification of a lowest-common-denominator culture in which all religions supposedly converge on the same path to civilization and salvation. Except they don’t. Out of religious relativism has come less true religion and an explosion of false ones. For centuries the Church sent missionaries out to preach Christ crucified — to challenge disbelief, not confirm it. Now papal trips have all the evangelical fervor of a United Nations delegation visit. The pope offers “hope” not in the cross but in a syncretistic logo cobbled together by a committee.