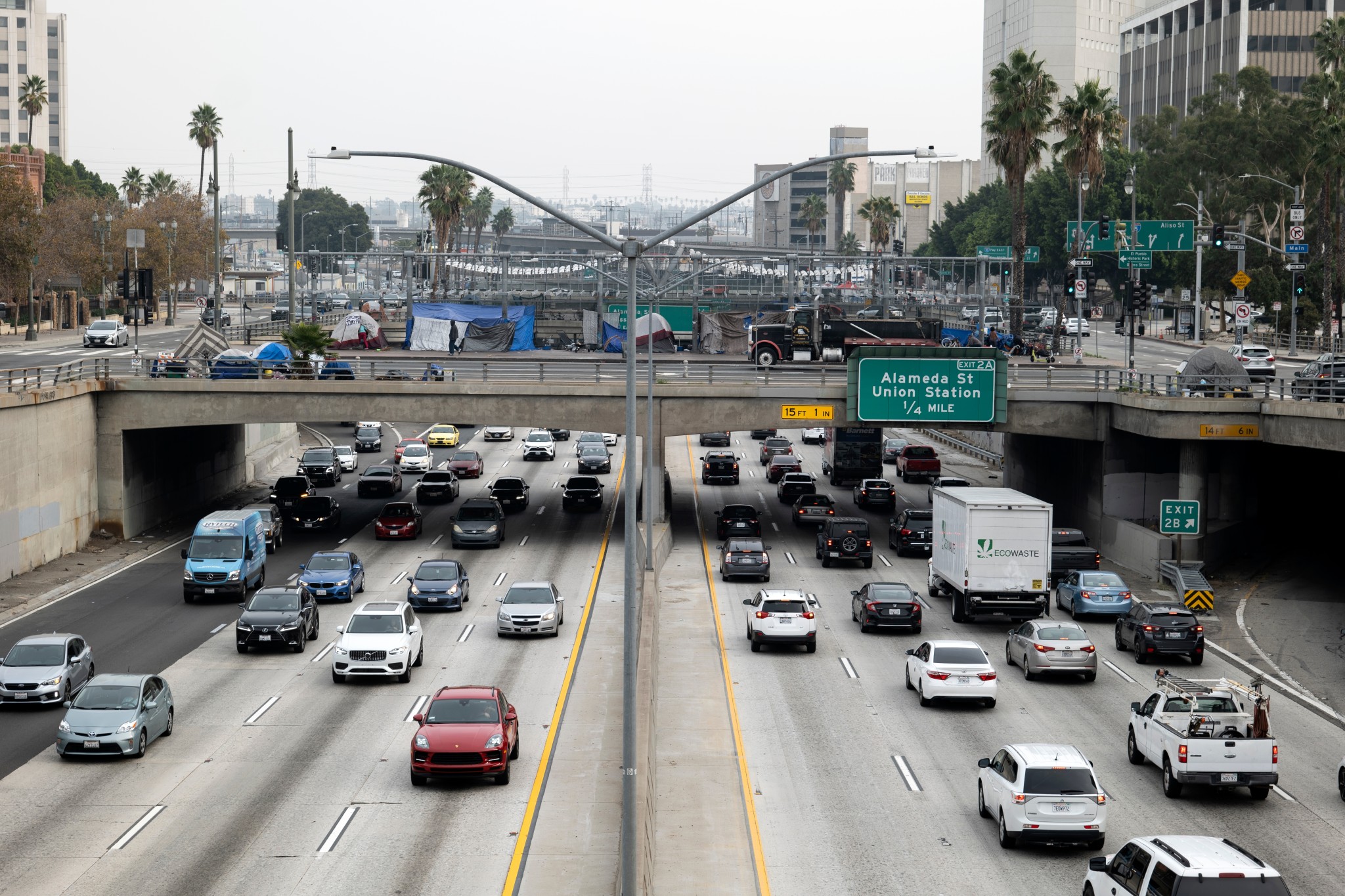 While the numbers displayed on gas pumps and scrawled on windshields of new and used cars on the car lots have justifiably horrified us during the past year and five months — since Joe Biden started squinting into his presidential teleprompter, basically — there is another front in the Left’s war on driving that is getting a lot less ink: The attack on highways and roadways themselves.

We learned late last year, for example, from Transportation Secretary Pete Buttigieg, that certain roads are racist. Urban freeways are racist because, when a corridor was needed to span suburban areas with downtowns about 50 years ago, the routes chosen cut through minority neighborhoods, where, not insignificantly, land prices were the cheapest. A particular road in New York, too, was deemed racist because an overpass on it was not constructed with suitable clearance, Buttigieg lamented, for buses filled with minority children to pass under on their way to the beach.

The secretary’s comments generated Trump-level Twitter play. Sen. Ted Cruz (R-Tex.) tweeted in response, “The roads are racist. We must get rid of roads.”

As much as anti-car zealots everywhere would like that to happen, it might not be exactly where the administration is going with this. But it’s close. The administration seems intent on preventing states and cities from building new roads. They are energetically discouraging funds from being allocated for new road construction when the estimated $550 billion devoted to both transportation and non-transportation infrastructure in the $1.1 trillion Infrastructure Investment and Jobs Act is doled out.

A memo from an agency in the Transportation Department late last year indicated that proposals from states and cities — over which it has regulatory influence — that seek to “add new general purpose travel lanes serving single occupancy vehicles” (commonly called cars) would meet slow-and-go, possibly gridlock, conditions on their way to departmental approval. New roads, even new lanes on old roads, would be stalled in bureaucratic traffic while infrastructure improvements — fixing bridges and frontage roads — sped toward approval in the fast lane.

Cutting to the chase, the Wall Street Journal opined, “Disdain for highways is common among progressive regulators, who see blocking road improvements as a virtue that will assist mass transit and climate-change goals.”

The sacrosanct doctrine here is something called “induced demand,” aka The Fundamental Law of Road Congestion (it’s a real thing, occasionally enjoying headline capitalization in sympathetic organs). It’s the “more roads create more traffic” bromide that pops up whenever new freeways are discussed.

This axiom holds that new lanes built on a freeway alleviate congestion temporarily but fill up soon after opening with additional cars, and thus the lanes contribute to more congestion. You see, word gets out that the freeway isn’t as crowded as it used to be, which encourages people to get back on the freeway to take trips they were dissuaded from taking because of the previous congestion, making the freeway even more crowded than it used to be.

Steve Polzin writes about this phenomenon at Reason: “A cynic would counter that this, ‘Don’t build it and they won’t come logic,’ is a close relative to the, ‘We can’t build our way out of congestion logic,’ and has as much merit as stopping school construction to solve classroom overcrowding.”

While “induced demand” may be true in some cases, many other factors contribute to increased traffic. Cities in the Sun Belt and the South are burgeoning and absolutely need more roads. A new freeway in Austin, Texas, would fill up the moment the ceremonial ribbon was cut — and not with people making extra trips. Also, some studies used to corroborate induced demand don’t consider traffic conditions on alternate routes — are the surface streets less crowded when the freeway gets more crowded?

But even if the new lanes fill quickly, even if congestion returns, the new lanes are permitting more people to go where they want to go. The new lanes improve transportation and mobility.

But applying the brakes to highway construction or expansion is but one of many tactics that governments — whether federal, city, or state — utilize to get your fanny out of your car and onto a municipal conveyance.

Many cities are putting their roads on diets. They deliberately encourage congestion by eliminating lanes as a way of reducing speed limits. Put an erstwhile four-lane road on a diet and reduce it to two lanes, with the extra space accommodating both-way left-turn lanes, bus-only lanes, bike lanes, or trees and extra-wide sidewalks, and you’re reduced to 25 miles per hour, tacking on an extra 15 minutes to the morning commute. “While there is no specific federal program for road diets, they are eligible for federal funding,” says the Heritage Foundation.

Other traffic “calmings,” as they are called, include speed bumps (humps) or chicanes (little islands built into roads that drivers have to go around) or seemingly needless little roundabouts on two-lane surface streets — all designed to slow drivers down, and all of which make the roads more crowded.

So far, no American city has attached congestion fees to center-city trips, as have European cities like Stockholm, London, and Milan, to breathless adulation from the traffic-planning community. Seattle toyed with the idea before the mayor recently scrubbed it, and New York City is slated to institute a plan by the end of 2023 that enforces fees (from $9 to $23 per trip) for driving in Manhattan anywhere south of 60th Street.

Parking has also become a battlefield, and cities are reducing capacity so much that drivers are discouraged from traveling to commercial hubs. Urban planners have begun to view abundant parking, “not as a solution to having too many cars,” opined Car and Driver some years ago, “but as the root of the problem.”

High gas and car prices are one front. Restrictions on road expansion and construction and installing a myriad of ticky-tack anti-driving measures are another.

There are two fronts in the war on driving.