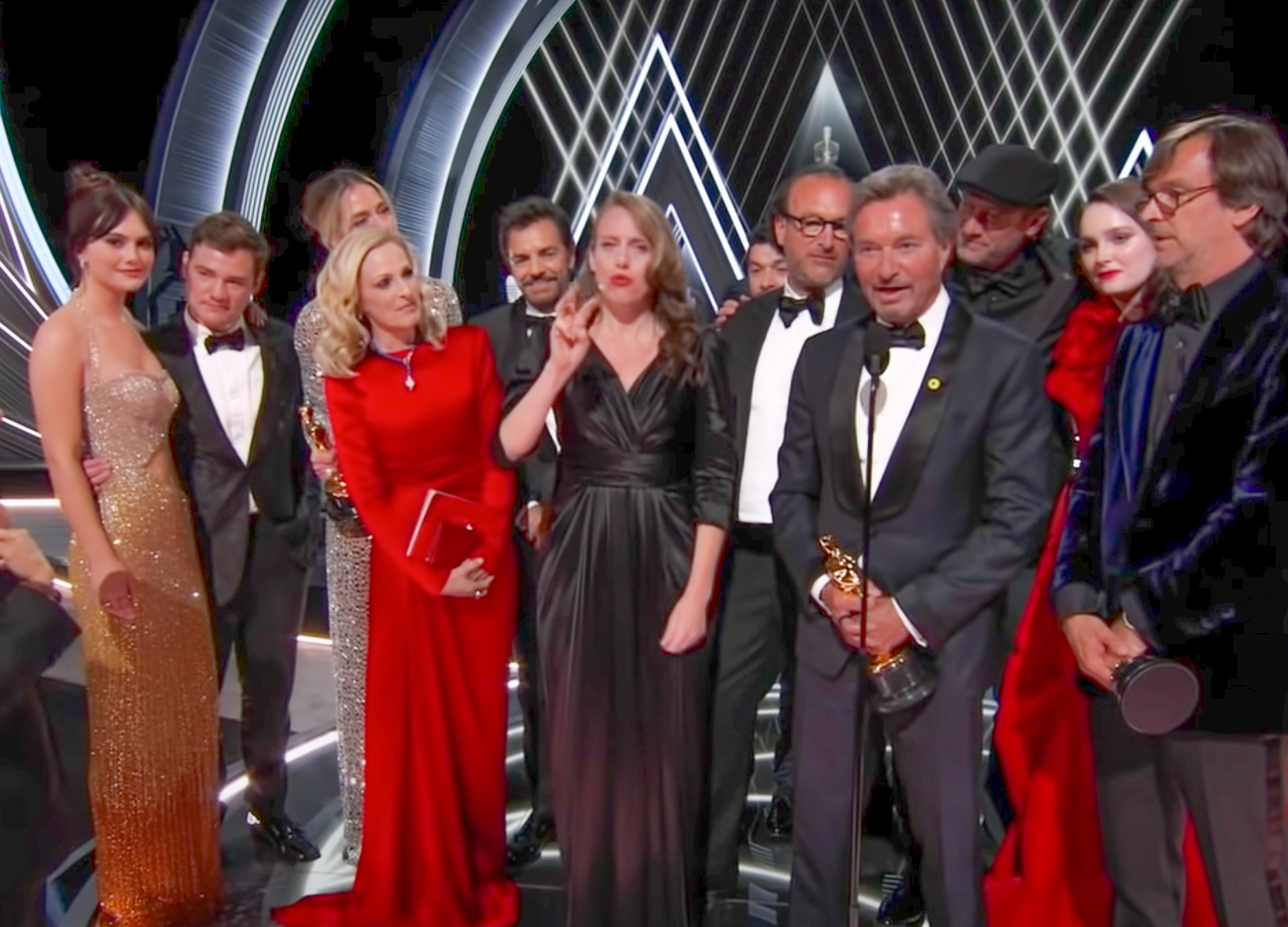 Will Smith’s assault on Chris Rock at the Academy Awards ceremony Sunday night would have been the slap heard round the world — if people still bothered to watch the event. But as I cited yesterday, very few do now. Although viewership did tick up significantly to 13.73 million viewers from last year’s record low of 10 million viewers, it still ranked far below the pre-2021 floor of 20 million viewers. Which means more viewers will see the pathetic Smith-Rock confrontation on regular and social media than did live. It was another nail in the Oscar coffin after exposing the sad remains of Hollywood, something once magnificent but now a misshapen, unmanly cadaver.

Before that moment, the show was miserably dying. It began just as I predicted, with the three unfunny liberal activist hostesses — Amy Schumer, Wanda Sykes, and Regina Hall — engaging in painfully witless right-bashing, only making more fools of themselves than their target — Florida conservatives. “We’re going to have a great night tonight,” announced theoretical comedienne Wanda Sykes. “And for you people in Florida, we’re going to have a gay night.” Whereupon Sykes and her co-hostesses, Amy Schumer and Regina Hall, began dancing and chanting, “Gay, gay, gay,” to the Pavlovian applause of the audience. It never occurred to them that the Parental Rights in Education bill — which they ignorantly call the “Don’t Say Gay” bill, and which Florida Gov. Ron DeSantis literally signed into law today — does not prohibit the word “gay.” Floridians laughing at the three harpies and their celebrity glee club were the only genuine laughs they got that night.

The next thing that struck traditional Oscar watchers like me was the utter unattractiveness of the attendees. Negative beauty and sex appeal — once the entertainment industry’s main attraction — seemed to be the new normal. Many celebrities seemed to flaunt plainness, with the most risqué fashions worn by the least physically impressive. A tweet from Hollywood royalty and documentary filmmaker Amanda Milius (The Plot Against the President) — daughter of legendary auteur John Milius (The Wind and the Lion, Red Dawn) — reinforced my visual disappointment.

The first opening sec of #TheOscars and there hasn’t been one above average looking human. Yes it’s about acting but it was supposed to feature people a little more breathtaking than whoever’s at the bodega in NY. Everything has to be ugly and demoralizing. pic.twitter.com/UV4xgiR998

My girlfriend, Cindy, soon seconded her opinion. During the first of the traditional best song performance numbers, Dos Orguitas (Two Caterpillars) from Walt Disney’s charming Encanto. The song was okay but the two unimposing Latin dancers of the opposite sex failed to do it justice. “She looks like someone’s grandmother,” Cindy texted about the female dancer.

Then came the infamous slap. Chris Rock told a bad, though not cruel, joke about Jada Pinkett Smith’s medical hair loss (“A GI Jane joke,” disapprovingly tweeted Rock’s occasional movie costar David Spade). Her husband, Will Smith, at first laughed, then noticed his upset wife. A moment later, Smith struts up to Rock onstage. Rock does a comic take, to his credit, then Smith’s hand moves across his face. Curiously, Rock barely flinches, and makes another quip about Smith having “just slapped the s**t out of me.” They next have an exchange of words, with Smith warning Rock to “keep my wife’s name out of your f***ing mouth.”

I had three thoughts about the unpleasant, disturbing incident. One, justified or not, what kind of man slaps another man? Jabs and punches are male instinctive but never a slap, which clearly had little physical effect on Rock, and made the actor who played Mohammed Ali look weak. My second thought was that the glitterati who always lecture us little people about racism, climate change, abortion rights, and “gay, gay, gay” are a bunch of dysfunctional, immature losers. Smith confirmed this when he accepted his Best Actor Oscar for King Richard, sobbing and blathering about love and protecting his family, as if Chris Rock had been a Russian soldier rather than, at worst, an injudicious comic.

Most of the remaining ceremony was just as insipid, with a 60-year tribute to James Bond an amateurish embarrassment. Three athletes (Tony Hawk, Kelly Slater, and Shaun White) who had nothing to do with Bond introduced a video montage after joking among themselves about which of them is the GOAT. I thought, why not have living 007s George Lazenby, Timothy Dalton, Pierce Brosnan, and Daniel Craig do the honors with some Bondian dignity? The actual video showed almost nothing but action scenes with, of course, only mere glimpses of the incredible, yet now politically incorrect, Bond Girls.

There were countless more dull, dismal bits, but amidst them were three moments of total class. One was the graceful and grateful Sian Heder accepting the best adapted screenplay award for CODA. Heder took her sign-language translator by the hand and led her to the stage. She next emotionally thanked, among many, her deaf parents (the subject of her film), “the entire CODA family,” and “My husband, David, I couldn’t do this without you. It’s so hard to be a director and a mom, and you make it possible.” It was lovely and touching.

The second was Kevin Costner presenting the Oscar for best director. Costner told a story of how, at age 7, he went alone to the Cinerama Dome (a landmark widescreen movie theatre in Hollywood) to see How the West Was Won, the visually spectacular epic 1962 Western shot in the three-camera Cinerama process, where the wonder of film and filmmaking permanently enthralled and inspired him. “The curtain, when we still had them, opened to a film almost four hours long. It had an intermission, where the score continued, subtly signaling at one point that the second half was about to start. I don’t know where everyone went but I wasn’t gonna move an inch.” Everyone close to Costner’s age who later went into the arts knew exactly how he felt that day.

Finally, of all people, Lady Gaga gave a lesson in kindness and respect, rolling out a disabled Liza Minnelli in a wheelchair to present the best picture award. Gaga could not have been sweeter or more deferential to whom she called a “legend,” holding up the card for Liza, and letting her announce the winner, CODA. That brief demonstration of class was more inspiring than any political diatribe, and a reminder of what real Hollywood magic could be like.