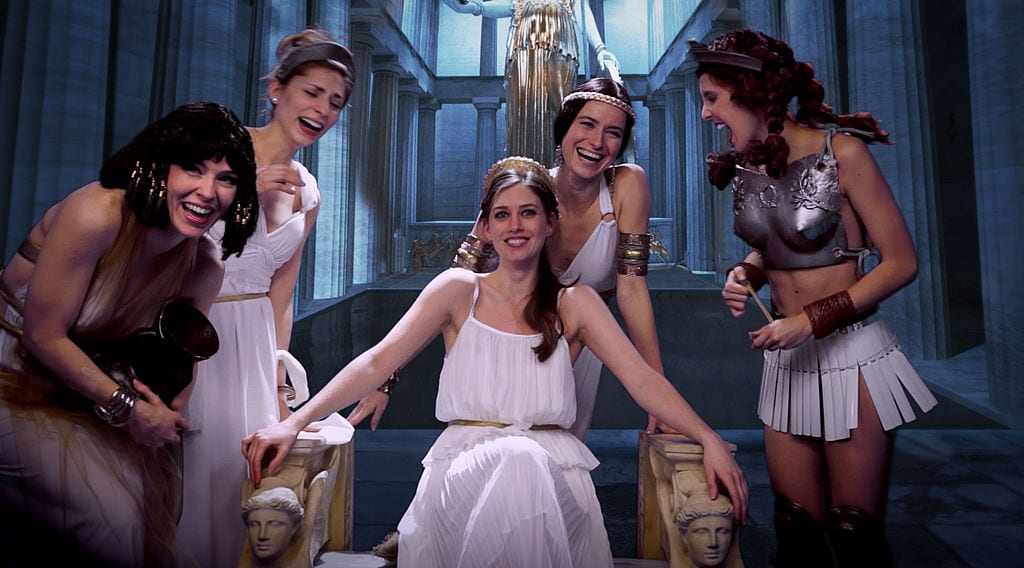 There has been much wailing and rending of garments over the weekend about the layoffs of some writers, editors, and other staff at BuzzFeed, HuffPost, Yahoo, AOL, and Gannett. Naturally, the affected employees are upset and inclined to blame malign forces beyond their control. Predictably, the primary villain to emerge is President Trump, who had the temerity to tweet that the real problem is the market: “Fake News and bad journalism have caused a big downturn. Sadly, many others will follow. The people want the Truth!” This is not what these unhappy folks want to hear, but Trump is right.

Trump understands what many journalists refuse to acknowledge — the news business is a business — and the customers are dissatisfied. According to Gallup, the public now has less confidence in the news media than in banks, big business, organized religion, the medical system, the military, public schools, the presidency, the police, etc. This is true for all news sources, including television, newspapers, and the internet. Moreover, because the erosion of public confidence in the media has been a consistent, decades-long process, it cannot credibly be blamed on “attacks” by President Trump.

The erosion became noticeable during the Clinton era and it has continued unabated until the present. In 1993, for example, 46 percent of Americans had a “great deal” or “quite a lot” of confidence in television news. By 2018 that figure had declined to 20 percent. During the same period of time, public trust in newspapers dropped to 23 percent. Internet news has never enjoyed high levels of public confidence, yet even its credibility has declined to 16 percent. So why are the customers unhappy with what the media are selling? Andrew Sullivan, of all people, uses the Covington Catholic story to spell it out:

How did this grotesque inversion of the truth become the central narrative for what seemed to be the entire class of elite journalists on Twitter? That’s the somewhat terrifying question.… Across most of the national media, led by the New York Timesand the Washington Post, the narrative had been set.… There’s a reason why, in the crucial battle for the legitimacy of a free press, Trump is still on the offensive. Our mainstream press has been poisoned by tribalism. My own trust in it is eroding. I’m far from the only one.

If a guy with Sullivan’s antipathy toward Trump can admit this, it is no rightwing conspiracy theory. This kind of partisan tribalism transcends mere bias. The latter has been a standard feature of the Fourth Estate since the time of the Founders. But the poison to which Sullivan refers is far more dangerous. The journalists of the establishment media see themselves not merely as people who approach politics from different first principles than do Donald Trump and his supporters. They see themselves as members of a superior tribe that is justified in taking any actionto protect its territory and members.

This is why they studiously ignored Hillary’s Clinton’s denunciation of more than 30 million voters as “deplorables,” yet labeled Trump a bigot when he called felons entering the country from Mexico “criminals.” It’s why they run “news” stories, like the BuzzFeed hoax, whose basic fact claims weren’t verified. It’s why they desperately sought a way to continue running the Covington Catholic story even after multiple videos demonstrated that there was no rational way to maintain their transparently false narrative and fraudulent depiction of the “victim.” President Trump and Nick Sandmann are not of the tribe.

Nor is the President’s wife, who has now won two large settlements from British “newspapers” that viciously slandered her simply because she is married to the “other.” The Wall Street Journal reported last year that the Daily Mail had to “pay damages to U.S. First Lady Melania Trump to settle two lawsuits brought in the U.S. and U.K. after it republished allegations that she ‘provided services beyond simply modeling’ when working as a model in the 1990s.” The first lady was paid $2.9 million in damages. Just last week, the Telegraph was also forced to pay damages and issue this humiliating apology:

[W]e have been asked to make clear that the article contained a number of false statements which we accept should not have been published.… We apologise unreservedly to The First Lady and her family for any embarrassment caused by our publication of these allegations. As a mark of our regret we have agreed to pay Mrs. Trump substantial damages as well as her legal costs.

Now imagine for a moment if either of these outlets had published similarly sleazy and fictitious tales about Michelle Obama. There would have been unbridled hysteria in the international media, accusations of racism against both publications by the New York Times, the Washington Post, NPR, and the rest of the usual suspects. However, because Mrs. Trump is married to a Republican President, any slander is acceptable. A few articles appeared about the lawsuits before they were settled, but “reporters” with the New York Times and other “news” publications were mostly interested in slut shaming.

So, what do we do with creatures like this? The First Amendment allows them to say and write absurd and malicious things. In those cases, the market will handle much of the problem, as it did when ESPN began injecting gratuitous political commentary into their programs and enough customers stopped watching to create financial problems. BuzzFeed, HuffPost, Yahoo, AOL, and Gannett have also responded to market forces and will soon banish a lot of “reporters” and “editors” to outer darkness by the end of January. These journalists could recover by reporting facts rather than propitiating the tribal gods.

But their tribal gods, Alinsky and Marx, are powerful. Their high priests, Bezos, Sulzberger, and Soon-Shiong, sacrifice the truth every day at the altars of the Washington Post, New York Times, and L.A. Times to evoke the chimeras you see on the “news.” And their acolytes, Zuckerberg, Page, and Brin control much of what you see on the internet, whether it purports to be news or entertainment. None of these people are impervious to market forces, but this is a very large market. The cure is to cut them off — all of them. But we would have to deny ourselves as well. Are we capable of doing that? Hmm…