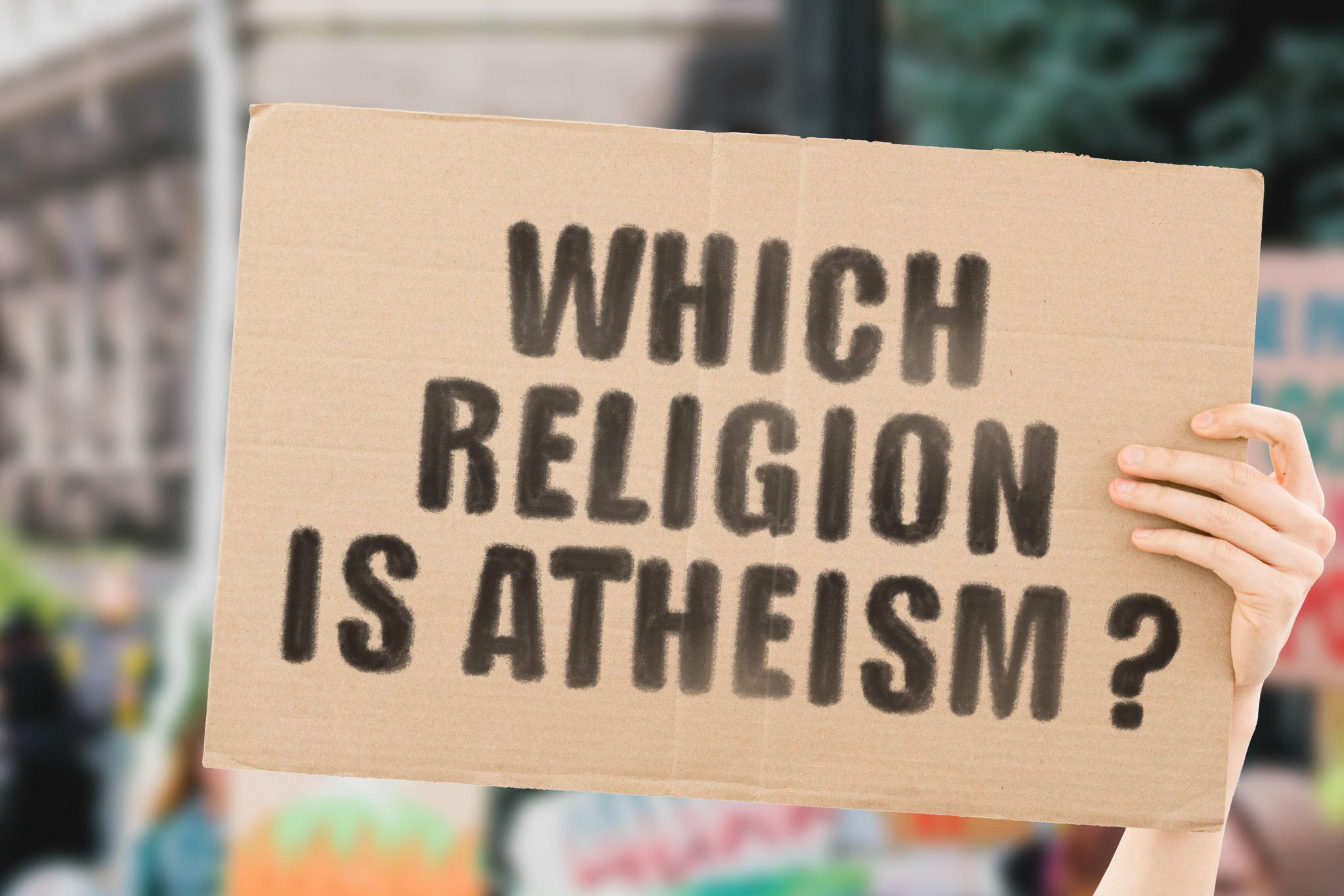 It is a modern conceit that if we do not identify the unprovable first principles in our life, we have no religion. Religion, says this conceit, is something that others have. We have truth.

All of us seek the deepest truth around which to structure our life. What makes the truth true? That is what we seek to find in our deepest efforts, when we strive for meaning in all our life.

We all believe in what we believe — that is trivially true, yet somehow not obvious. We shrink from the nature of our own ignorance before the entire cosmos and the consciousness from which the cosmos becomes knowable.

Our slow growth into understanding that each one of us is created in the divine image requires humility. We express the truth of our own human smallness by making room for others to find their unique way to the truth. We allow the dignity of each soul to find the meaning of its existence. We embrace freedom of religion — we may not force our first principles onto others. We leave the realm of religion outside the coercive power of the state.

Those who imagine that they do not need humility before the truth do not respect this freedom. In other times and places, the great religions would at times fight each other to the death to establish their exclusive truth. By the dawn of modernity in the West, it was clear that wouldn’t work.

But new religions popped up — Jacobinism, communism, fascism, Nazism — that renewed the claim of absolute truth that justified absolute coercive power. These new religions left more misery and death in their wake than the worst excesses of the past.

Some years ago, I had been recruited by a local state university to teach an introductory level course on Western religions. I had enjoyed the teaching and the class had been successful. I pursued an expansion of my role as the university was interested in expanding its offerings in the study of religion.

I did not get the position and discovered the reason why from insiders. The head of the department in which the courses would be run declared that since I had a religious commitment, I could not possibly teach religion in the way that a state university must.

It is one thing when you hear about muggings going in on some distant city. It is another when you yourself are mugged.

I had of course talked and thought about secular humanism but had not really felt its power. By secular humanism, I mean those who believe as a matter of faith that their secular approach to life is correct in an absolute kind of way. I just had not grasped its absoluteness.

I respect the human necessity to search for the absolute. In the business of life, we realize most of our thinking is about achieving necessary but temporary aims — how to solve a problem in our office, what food to buy at the market, how to navigate difficult traffic, how to see a child through a crisis. We do not think about the absolute in the midst of our problem solving.

But we also sense that there is some meaning underlying this world. To think it is all merely random, “filled with sound and fury and signifying nothing,” this we recognize as deadly and tragic, and we search for some principle, some truth that is constant and strong and can spread its coherence over our lives.

That’s the realm of faith. We deal in it with that which is axiomatic, which cannot be proved but is the basis for our rational and purposeful lives. When we find that a thought or an action flows from the axiom, we know it is true and worthy to be a part of our life.

The American Founders followed a line of thinkers who realized that politics is not the same as faith and that it is incompetent at governing religion. The government requires people informed by their deepest principles, by the core of who they are. Anything less is insufficient.

The First Amendment forbids the government to prefer any faith by establishing it as uniquely politically privileged. It also requires the state to do nothing to interfere with people freely exercising their pursuit of the first truths which are the substance of faith.

Let us apply the First Amendment to government-run universities. The university cannot prefer a faith by exempting it from inquiry or criticism and making the recognition of its assertions mandatory. Neither should it disallow followers of any faith the privileges of the university and its inquiries.

All this I understood and I thought was well understood and agreed to by a vast majority. Yet I found myself being disqualified from teaching because I was a member of a faith. The department head had presented no evidence of my having used my teaching position to establish my faith and privilege it in any way. Rather, he held a principle on faith that no one with a commitment to a traditional faith could present religion truthfully; only members of his faith could do so.

A faith is not privileged because it is new and not traditional. In the public square, in a government university, neither a new faith nor an old faith can be preferred simply for being a faith. All must be subject to deep scrutiny, and all must strive to find the shared premises that alone allow for meaningful discussion.

Whether one agrees or disagrees with a traditional faith, its history leaves ample public record of what that faith means. There is no shrinking from identifying the deepest insights that form the shared axioms of the faith community.

The secular humanist of a few decades ago and the wokeist of today are as much acting on unproved core insights as their fellows who embrace older faiths. Yet they act as if their beliefs are not faiths but truth absolute, uniquely deserving to be enforced by the power of the state, uniquely exempt from the First Amendment’s prohibition on establishment.

The position of the secular humanist that I ran into head-on shows a stunning lack of self-awareness at best; at worst, it is stunningly dishonest. I gave a far better shake to modern philosophies than he was willing to give to traditional religions whose objective truth he claimed to know better than those whose religion it is.

But even that modernist position has been left in the dust by the wokeism of today. For the wokeist, it is all a matter of power and power only. Therefore, one need not establish an argument at all, since for the wokeist, objective truth is objectively not real and is always just an effective screen for a power grab. Thus, the wokeist feels free to establish his or her belief system by whatever means necessary.

The secular humanists established their faith by deceiving themselves and trying to deceive others that their faith was really just the truth and not really a faith. The wokeist doesn’t even bother to deceive himself. Like the Nazi and the Stalinist, it’s all about power, so there is no need to deceive himself, only others. They forthrightly live the untruth that “it is true that there is no truth.”

There is no avoiding the struggle for power with those people who will have it no other way. They will no more let you be free in your own faith than the Grand Inquisitor of old or the various secret police forces of communist or fascist state religions. Much as Osama bin Laden declared war on the West long before the West took him seriously, so too the wokeists have declared war on every faith outside their own. All other faiths have common cause to defend themselves and all others against this newest form of imperial religious intolerance.