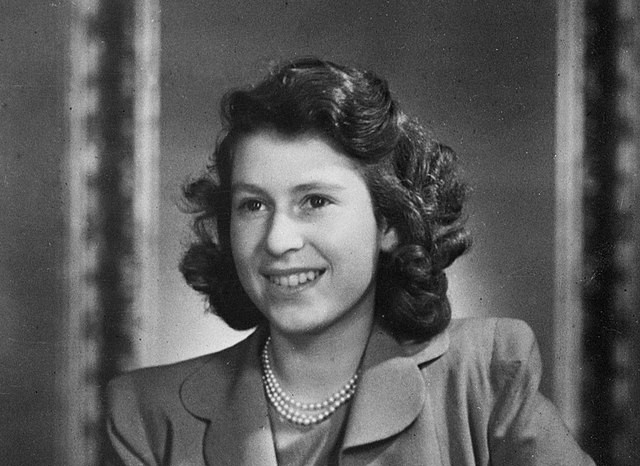 In ancient Israel, King Saul and King David began their reigns only after the people had gathered and acclaimed them as their monarch. The power they had in their hands was real — they were not only heads of state, but they also governed. Nonetheless, they were conscious that they themselves served the people, were responsible for their people’s welfare, and were answerable to God for their conduct.

Millennia later, Sir John Fortescue, the foremost British judge of the 1400s, gloried in British law. He wrote that kings served under the conditions set in Deuteronomy for the kings of Israel. The Bible establishes the principle, taught Fortescue, that even the monarch is subject to the law.

A petty tyrant glories in being above the law — “I am the law!” the little machine politician Frank Hague famously said — but the glory of England and its law, taught Fortescue, is precisely that a monarch is as much answerable to the law as anyone else, though they are granted by the law with special privileges.

In short, the monarch serves under a constitution to which all members of the nation are parties. As a modern writer on Fortescue put it, he found a place for democracy and monarchy to coexist.

Fortescue’s England sank into the constitutional chaos of the War of the Roses, from which it emerged only to be taken over by the autocratic Tudor monarchs who gathered power to themselves at the expense of all other political players. England would soon be overtaken in this by France, where eventually, by the end of the 1600s, its Parliament lay disbanded and its king, Louis XIV, ruled as an unchallenged despot and would-be ruler of all of Europe.

England teetered on that brink. When Parliament asserted constitutional bounds to the king’s power, the first King Charles dismissed England’s Parliament and ruled as sole power for a decade. But the constitution was too deep. He had to recall Parliament and, in the end, he lost a civil war against parliamentary power and paid for it with his life. (READ MORE: In Joe Biden, the Left Has Found Its Charles I)

Most of the monarchs that followed Charles were mediocrities or, occasionally, disasters. A few acquitted themselves decently.

And two were great, both women.

Queen Victoria ruled Britain for most of the 19th century, presiding over its ascent as the world’s premier power. She did this while understanding that the unwritten constitution gave her very few tools of political power. She intuitively sensed the pride of an independent people and found a way to offer profound influence over the nation and its elected leaders through personal counsel and an example of duty toward the nation.

By the time Queen Elizabeth II ascended to the throne, the world had changed precipitously. She herself became eligible for the throne only because of the abdication of her foolish and narcissistic uncle. She came of age during the greatest trial of Britain, and indeed of the Western democratic traditions, that England spearheaded — the war against the onslaught of Nazi Germany and its totalitarian allies. She succeeded to the throne after her father’s untimely passing, which caused, as she remarked later, for her never to have a real apprenticeship for her job.

The world that greeted her was no longer friendly to empires or monarchies. What relevance did an ancient monarchy have in a world that seemed to offer only two options: communism or capitalistic republics?

Yet she made the case for her relevance by showing through her work and her person that free societies survive and prosper through embracing a constitution that is above the political fray. She showed the necessity and the power of a constitutional order that unites all the nation, regardless of partisan allegiances. She did so by embodying that constitution and accepting its strict limitations as blessings. Those limitations focused power in her person and her office — in her integrated entirely — that was unique and essential to her nation and all who enjoy the blessings of freedom that constitutionalism nourishes all over the world.

Queen Elizabeth II embodied national coherence and continuity. The battles for power in a modern democracy are increasingly chaotic and divisive. For all the glory of our American Constitution, it cannot speak for itself. Those who can change it are battlers in the partisan fray, especially after the Biden-introduced age of hyper-politicized Supreme Court confirmations.

In the United Kingdom, the queen was the living example of the supreme power lying beyond the partisan fray and so uniting the nation.

When the United States set itself up as a republic, Britain’s monarch only grudgingly accepted constitutional limits. It took America’s War of Independence to chasten him and enable Parliament to reassert itself under such great leaders as William Pitt, Charles James Fox, and Edmund Burke. It generated its own model of selfless leadership beyond partisanship in George Washington. And though John Adams tried to continue that model, the duplicitous partisan machinations of both Jefferson and Hamilton brought Adams and his vision down to defeat.

We suffer grievously for having discarded that model. And we can see how Britain has benefited from having someone who is a living embodiment of the nation as a whole, constitutionally disallowed from partisanship yet imbuing the people and its institutions with her spirit of devotion, conveying that care with unparalleled skill and constant devotion.

Jewish law mentions many people who are due respect: parents by their children, teachers by their students, elders by the younger generations, religious leaders, and of course, the king. But though these people are owed honor, they may waive the honor due them, and that often is applauded by the law.

Only one person is not allowed to waive the honor due to him or her — the monarch.

Why is that? Because the honor of the king is not his own — it is the honor of all the people. It is not the king’s to waive.

Queen Elizabeth II intuitively grasped this truth. Her people responded to it, and the world as well. We, too, can learn from her example and work hard to incorporate it into our republican life. We need to be living examples of a living constitution that binds us all together beyond partisan differences. We need to realize that constitutional restraint is more empowering than any despotism.

Take it from the teenager who defied the Nazis from the bombed Buckingham Palace and who put on a uniform and drove trucks for the army. Take it from one who realized the blessings of freedom and the self-control it requires of all of us to keep those blessings alive and who understood that the most profound political power comes from the reciprocal love and respect between a leader and her people.