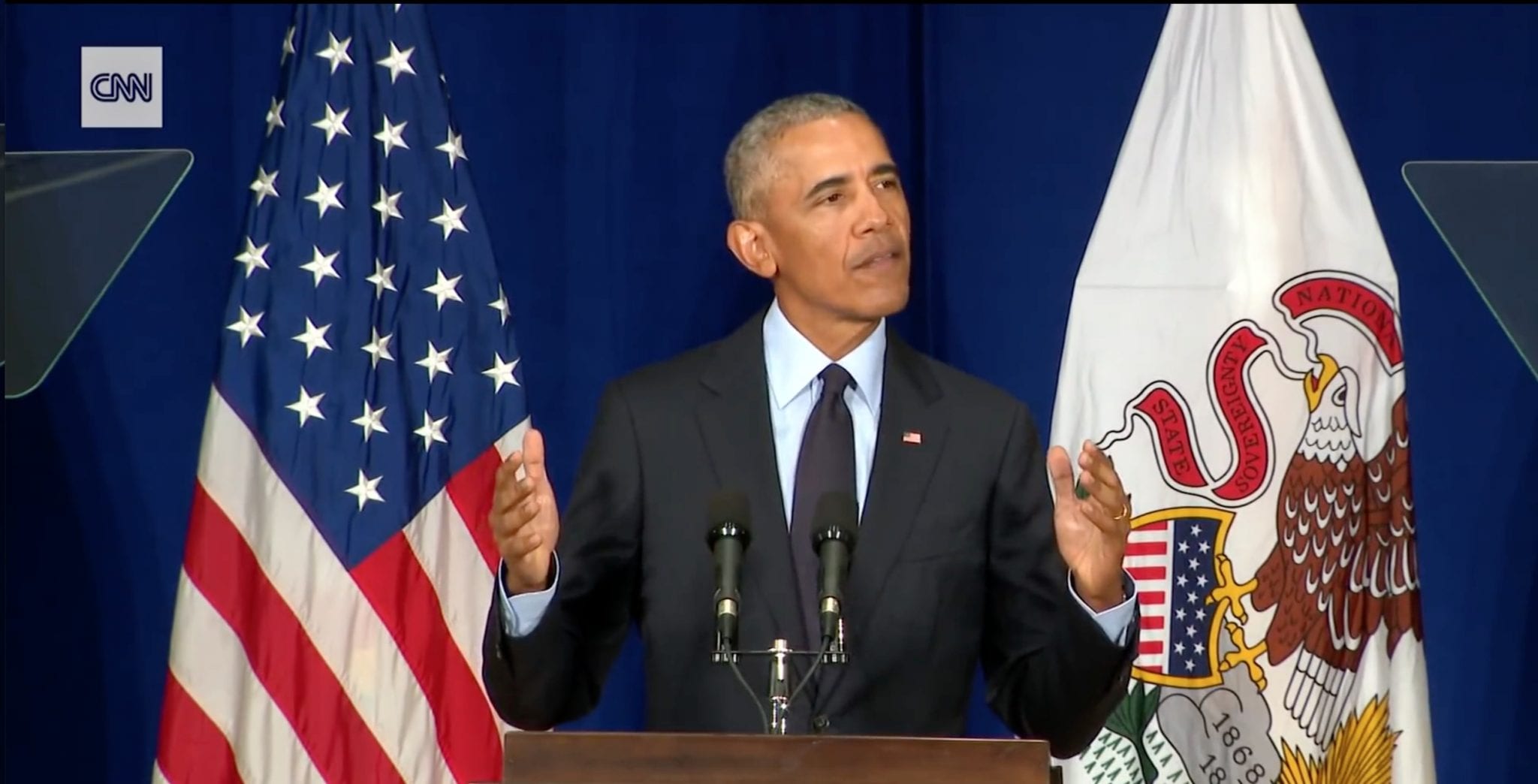 President Barack Obama made a stunning policy shift on Friday, endorsing “Medicare for all” — a single-payer health system for the nation. Most Democrats contending for the 2020 presidential nomination and many Dems vying for Congressional seats this fall are backing it too.

But beware. They’re pulling a bait and switch. The phrase “Medicare for all” sounds as American as apple pie. A new Reuters poll shows 70% of Americans respond to it favorably. That’s because the public isn’t getting the truth about what it means. The actual plan these Democrats are pushing doesn’t look anything like Medicare. They’re slapping the Medicare label on what will be dangerously inadequate healthcare.

For starters, it will rip away private health coverage from half of all Americans, including the 157 million who get their insurance the old-fashioned way — earning it through a job. Conveniently, the Dems are forgetting to tell you that under their scheme employers will be barred from covering workers or their families. Union members and executives who bargained for gold-plated private plans will lose them and have to settle for the same one-size fits all public coverage as people who refuse to work at all. Just for equality’s sake. Even illegal immigrants will get the same benefits. What’s the point of working?

Seniors and baby boomers are big losers under “Medicare for all.” Whenever over-65ers have to vie with younger people for health resources, they get pushed to the back of the line. In the United Kingdom’s single-payer system, boomers are turned away for hip replacements and breast reconstruction. They’re told they have fewer years of life ahead to benefit from costly medical procedures.

“Medicare for all” is no longer a fringe proposal favored by the extreme left. It’s gaining steam. Republicans who failed miserably to communicate a case for repealing and replacing Obamacare cannot make that mistake again. They need to warn voters about the dangers of single-payer healthcare.

Under “Medicare for All” — the legislation introduced by Senator Bernie Sanders — Americans will be automatically enrolled in the public program. Kids would be enrolled at birth.

The new scheme will guarantee hospital care, doctors’ visits, even dental, vision, and long-term care, all provided by Uncle Sam. But only until money runs out. The Sanders bill imposes hard and fast dollar caps on how much healthcare the country can consume yearly. That means limiting mammograms, hip replacements, and other procedures. The Sanders bill creates new regional health authorities to curb “over-utilization” of care. To see how it’s done, look across the pond at how British local health authorities skimp on care. British women are livid because many are being refused breast reconstruction after lumpectomies and mastectomies.

At least in Britain, people are free to buy private insurance and go outside the government system for care. But not under Sanders’ Medicare for All bill. You’d be trapped.

Dems backing Sanders’ bill point to Medicare’s cost efficiencies and say they can be expanded to the whole population. That’s ridiculous. Medicare pays only about 88 cents for every dollar of care, shortchanging hospitals and doctors. These providers take the payments because they can shift the unmet costs on their patients with private insurance. But if everyone is on Medicare for All, no cost shifting is possible. The only alternative? Lowering the quality of care — longer waits, limited access to technology.

Single payer advocates don’t deny it. Stanford economist Victor Fuchs argues in the Journal of the American Medical Association that curbing the use of mammograms, new drugs, and diagnostic technologies will make single payer affordable. In short, go low tech. But millions of American women have survived breast cancer thanks to high-tech screening and new gene-based therapies. Low-tech medicine would be a death sentence.

The United Kingdom’s rock bottom survival rates for breast, lung, ovarian, and pancreatic cancer are the result of that low-tech approach. British newspapers are declaring “Cancer shame as UK survival rates lag behind the rest of the world.”

Is that what we want in America?