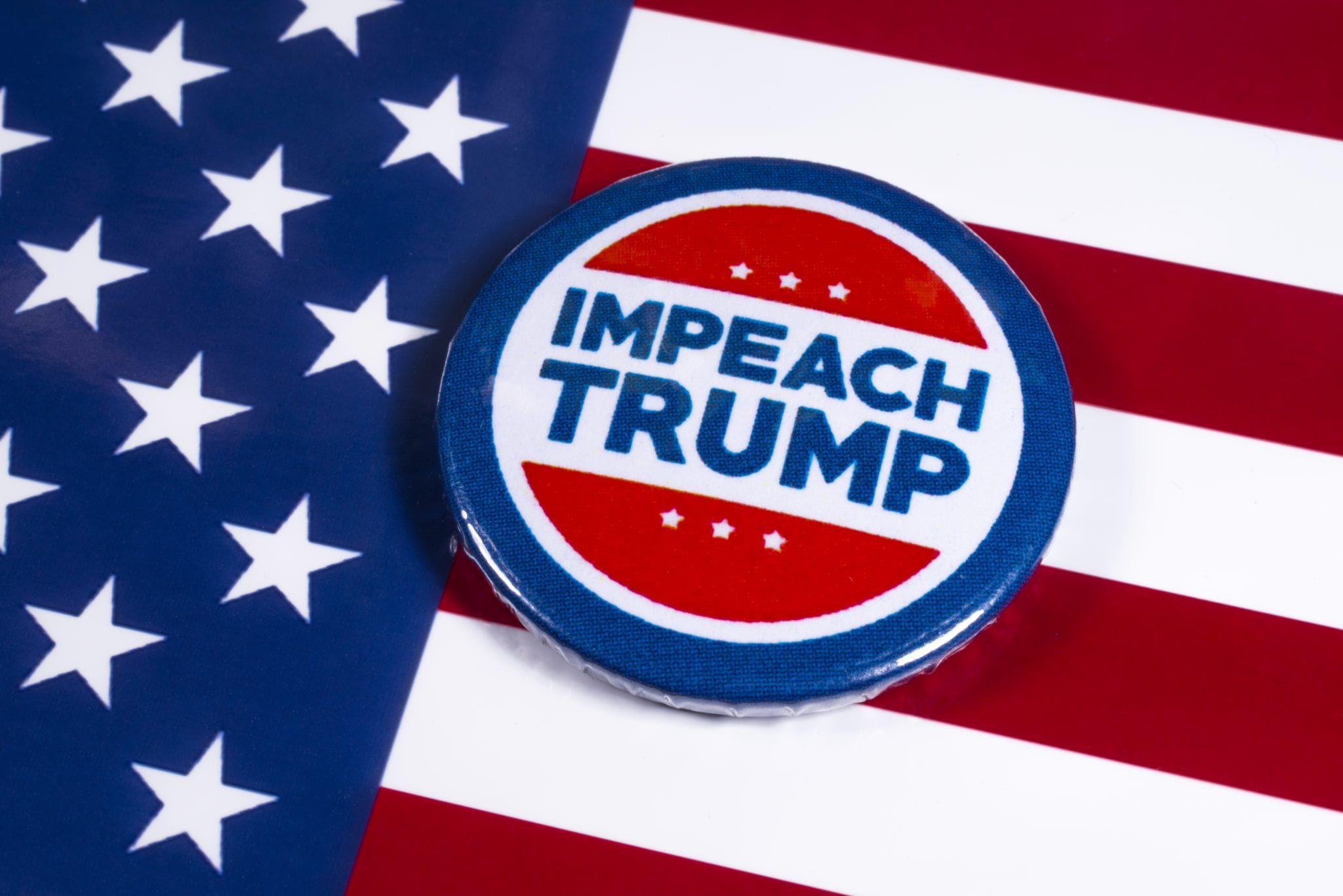 On a sunny afternoon in 2010 a man stepped through the window of his San Francisco apartment onto a ledge, looked at the street below, and saw a cheering crowd taking cell phone videos while yelling: “Jump! Jump! Jump!” His death was collecting clicks on the web within seconds. This unsettling episode provides a grisly metaphorical glimpse at the motivation of the media as they continue to peddle impeachment. They know it would be political suicide for the Democrats because only a minority of voters supports removing the President, yet they crave the countless clicks and eyeballs the circus would inevitably produce.

But the Democratic leadership, their antipathy for the President notwithstanding, is loath to take the leap just to provide impeachment porn for the media. Consequently, even as House Speaker Nancy Pelosi throws red meat to the far left by saying she wants to see Trump in prison, she knows the majority of House Democrats regard a mere impeachment inquiry as very risky. The number in favor of this course is about a fourth of their 235-member caucus. Thus, when Pelosi peers down at the ravening crowd of journalists yelling “jump,” she knows the media want that circus far more than do the Democrats themselves.

There is clearly an inverse correlation between the ever-increasing lust for impeachment among the media and the decidedly tepid enthusiasm among House Democrats. The latter are increasingly frustrated by the Fourth Estate’s monomania on the subject. Rep. Rosa DeLauro (D-CT), for example, recently scolded CNN’s Chris Cuomo, “The media is consumed with the issue of impeachment.” Likewise, House Majority Leader Steny Hoyer (D-MD) accused the media of “fanning the flames. They are well aware that public support for impeachment is dwindling, as a recent Harvard CAPS/Harris Poll confirms:

Sixty-eight percent of respondents said Democrats in Congress should accept Mueller’s finding that there was no criminal conspiracy and 65 percent said Democrats should accept Attorney General William Barr’s conclusion that the president did not obstruct justice. Sixty-three percent of respondents said the investigations into Trump are hurting the country.

The most deadly number for the Democrats is the small percentage of Independent voters who support impeachment. Only a third support removing Trump, and the Democrats can’t beat Trump in 2020 or retain their House majority if they alienate the rest of that crucial voting bloc. Yet the media are so obsessed with getting Trump, and deluded by their nostalgia for Watergate, that they continue to hawk impeachment. The New York Times has gone so far as to draft hypothetical articles of impeachment based on the Nixon and Clinton examples, despite the clear dissimilarities that characterize Trump’s case.

The editorial assistant who wrote this nonsense, Ian Philbrick, is evidently too young to remember that Presidents Nixon and Clinton faced multiple and unambiguous prosecutorial recommendations involving obstruction of justice. In fact, independent counsel Ken Starr produced a report that identified no fewer than 11 felony counts — including five involving obstruction. Special counsel Robert Mueller, on the other hand, was unable or unwilling to make even one such recommendation on Trump’s alleged collusion with Russia or obstruction of justice. Yet Philbrick blithely pronounces him guilty:

An impeachment inquiry against Mr. Trump is far from guaranteed. And whether impeaching him would politically help or hurt Democrats remains an open question. But there is no question that by the standards for high crimes and misdemeanors applied to past presidents in living memory, Donald J. Trump has committed impeachable offenses.

In the Washington Post, meanwhile, Harvard law professor Laurence Tribe helpfully suggests that the House could impeach the President without referring him for trial in the Senate. The idea, though Professor Tribe tarts it up with dense legalese, would be to drag Trump through the mud in the House and then drop the matter after passing a resolution “expressly and formally proclaiming the president impeachable.” This would, despite Tribe’s claims to the contrary, be the equivalent of publicly indicting Trump without giving him the chance to clear himself in a trial. This would be both unjust and un-American.

Still, there seems to be a growing consensus in the media that the best course of action for the Democrats would be to use a lengthy impeachment inquiry to smear Trump without taking the charade to its logical end — call it “impeachment lite.” USA Today exhumed that paragon of virtue Harry Reid, and this is exactly the course of action he favors: “I think that that’s one reason an inquiry should go forward, to find out how the public reacts to this.” But, if Reid wants to see how the public will “react” to another expensive witch hunt, he should go to YouTube and replay a few video clips of Election Night 2016.

The voters know special counsel Robert Mueller’s job was to find evidence of wrongdoing on the President’s part. They know he spent nearly two years and $34 million only to find nothing — his 448-page recitation of irrelevancies and innuendo notwithstanding. Thus, the country has moved on. Do the crack “editors” and “journalists” of the legacy media actually believe House Democrats can remove Trump? Even House Intel chair Adam Schiff (D-CA) admits, “We’re not there yet.” More significantly, House Judiciary chair Jerrold Nadler (D-NY) confesses, “The American people right now do not support it.”

Thus, the goal of the media is obvious. There might be a few journalists who think an impeachment inquiry will turn public opinion against Trump the way it did in Nixon’s case, but this isn’t 1973-74. The legacy media no longer enjoy a monopoly on the news. But they have been going through ratings withdrawal since Attorney General Barr announced that Mueller came up dry, and they want the Democrats to make them well. The Fourth Estate needs a fix of eyeballs and clicks, and believe they can get them with impeachment porn. That’s why they’re standing on the street clamoring for Pelosi to jump.